as simple as a kettle, steady as a rock... 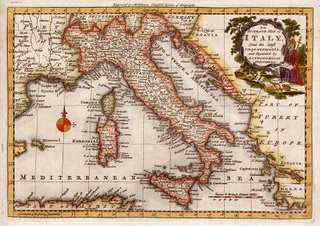 ---
Earworms of the Week

As you know, this is the bit where I usually list the tunes that have been buzzing around my head all week. Because I'm going away to Italy tomorrow morning, I'm going to do things a bit differently this week. We will be doing a fair bit of driving when we're over there, so I'm taking a pile of CDs with me in my little CD wallet (hoping that in this day and age, the hire car will come equipped with a CD player). The process of choosing what music naturally takes quite a lot of thought, a fair amount of time and involves a lot of compromise. Much though I would love to pop a bit of Rage Against The Machine or perhaps some cheeky Iron Maiden in there, the fact that I will be sharing the car with C. means that I need to try and put some stuff in there that she might enjoy too.

Here's what I've come up with.

...but only because my original CD of "By The Way" is scratched to hell and I can't be arsed to burn a new one. Still, this is a reasonable selection of stuff from "Mother's Milk" up to (but not including) the new album.

"Soul to Squeeze" is a cracking song.

I think C. likes this because it is very much in the French tradition of torch songs. I haven't listened to this in a while and it provides a bit of contrast to the usual indie pap.

I think this a pretty good album ("Kids with Guns" is another earworm regular around these parts), but C. has shown a definite liking for it, so on that basis it's in.

8) "Whatever People Say I Am, That's What I'm Not" - Arctic Monkeys

Another album I haven't listened to in a while, but "Mardy Bum" popped up on shuffle the other day and reminded me it needs a listen. It's quite a shouty album really, but C. likes the singles and is amused by their accents.

Can't go wrong with this really. By choice I'd pop in "Revolver" probably, but this will do as a crowd pleaser.

I listened to this the other day and it's brilliant. I don't really know if C. likes this or not (she's probably indifferent), but this one I've picked for me.

Mark mentioned it a couple of days ago and planted the thought that I should dig it out and listen to it. C. likes him.

We both love a bit of Patrol.

I think the album's a bit patchy, but there's no denying the quality of the singles. If they write a better song than "Mr Brightside" in their entire career, I will be astonished.

(obviously I don't actually ask C. what she wants included. That would be stupid. And yes, I will be taking my iPod and some speakers, since you ask.)

Whilst we're on the subject of my lovely girlfriend, do you want to know the song that accompanied our first ever kiss in 1999?

"Happy To Be Stuck With You" by Huey Lewis and the News. In Tamworth services on the M42.