but they'll never kill the thrills we've got.... 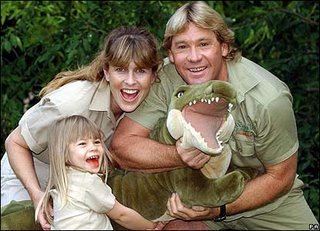 Look, I know it's tempting to say that the guy just rolled the dice one too many times, but how about we resist eh? Yes, he was a bit of a clown, but behind that "fair dinkum" image was a guy who clearly loved all those animals and cared passionately about their conservation.

How about showing a bit of fucking compassion? 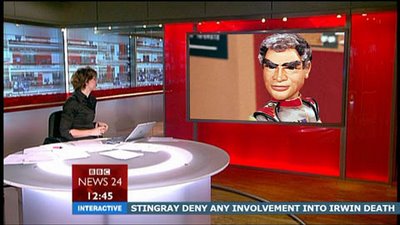 Look, I know this undermines my point - but it did make me laugh.

I for one was sad to hear about his death. I was a touch surprised that it was the lead story on the BBC for several hours at a time when we are fighting in several wars.... but I was saddened nonetheless. 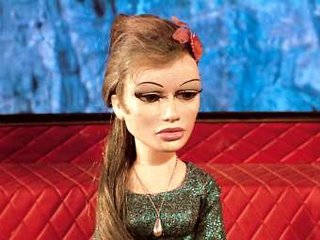 In the light of my moving tribute to the man, is it wrong that I've been earworming the theme tune to the Gerry Anderson show "Stingray" for most of the day? (hear it here)

Is the fact that my brain has now moved onto "Marina" a sign that I'm getting over this news, or is it just a lack of respect? Is it too soon? (hear it here)
Posted by swisslet at 18:01