an empty house is not a home 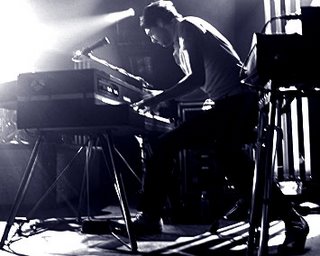 There are some songs that seem to connect with you on a purely emotional level; songs that raise the hairs on the back of your neck with the opening chord; choruses that make your spirit soar; lyrics that seem to commune with your soul on a deeply personal level. I’m sure it’s a deeply individual thing, but there are some bands / artists who seem to be able to do this almost at will. For me, this is probably best illustrated by The Smiths: there’s something about the combination of Morrissey’s voice and Johnny Marr’s shimmering guitar that nourishes me. It’s not an exclusive relationship though, and there are many other bands and songs that make me tingle.

Keane are not one of these bands.

Don’t get me wrong though, I thought that yesterday’s show was pretty good. The crowd was well up for it and sang their little hearts out. The band responded to this and gave it everything they had. Tim Rice-Oxley flailed his limbs around behind his pianos like a jerkily animated but introverted marionette infected with St. Vitus’ dance; Tom Chaplain ran from one end of the stage to the other, exhorting the crowd with his Freddie Mercury rock posturing; even Richard Hughes looked as though he might break into a sweat behind his drum kit, at one point taking off his jacket.

It was an emotional performance. These songs clearly come from the heart and are delivered from the heart, and yet I found it strangely un-involving. Perhaps it’s the music. Perhaps the piano and the drums alone are too bloodless to convey these emotions, no matter how passionately they are played. Perhaps it’s Chaplain’s voice. He has a great voice, but is it a great rock voice? I don’t think so. Great vocalists aren’t always the greatest singers (think Cobain, Lennon, Reed, Hendrix), and it’s all about the ability to convey the emotion of what you are singing. I’m not sure that Chaplain is able to do this. 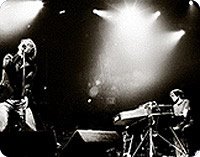 It’s a good performance and Keane have some decent songs: “Everybody’s Changing”, “Somewhere Only We Know”, “We Might As Well Be Strangers”, “Is It Any Wonder”, “Bedshaped” – all are performed well, and all bring the house down. Of the new material though, only album opener “Atlantic” really engages with me. It is different to the rest of their stuff, it feels deeper and more organic somehow, and as a result it intrigues me and draws me in. The rest? It’s good, but it feels bloodless. Passionately delivered, but bloodless.

I tried to explain this to Lord Bargain as we walked back to the car after the gig. Of course, Keane are his favourite band in all the world, a band who have spoken to him through some difficult times. Needless to say, he totally disagreed with me. I was finding Keane bloodless because I hadn’t been through the same stuff that Tim Rice-Oxley had been through (and by extension, what he himself had been through), so how could I possibly understand? I started trying to argue that just because he could relate to the songs doesn’t mean that they were written about exactly his situation, or that this would somehow exclude me from appreciating them, but ultimately I gave up. Lord B has an emotional connection and very personal connection with Keane’s music (a connection which led him to the purchase of a set of Keane coasters at the merchandise stall), and at the end of the day, how can you argue with that? They must be doing something right.