I was listening to my iPod on shuffle in the car on Friday night when "Jumping Jack Flash" came on and that unmistakeable intro kicked in. It's a simple little riff (the best ones always are) and it's maybe been dulled a little by over-familiarity, but 38 years after it was first written, it's still a great song. 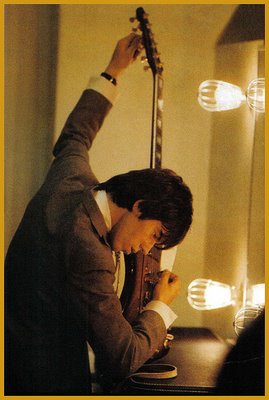 This got me thinking: has anyone in the history of music played a single riff more times in front of a paying audience than Keith Richards has played that one?

You'd think he'd be heartily sick of it by now. That same simple little riff picked out every bloody night since 1968? I suppose that the millions and millions of pounds he must have made out of it (and continues to make out of it) must be some consolation as he turns to the camera and mouths "I love this job" for the benefit of those fans watching the gig in the next postal district on the big screen.... every. single. bloody. night.