gives shitty mileage but come on let's get inside.... 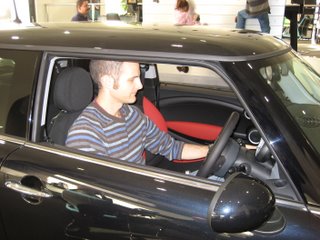 I mentioned the other day how I was thinking of buying a Mini. This naturally prompted a little bit of debate about how:

Well, I'm still thinking about it. 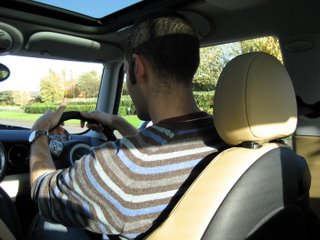 The Mini Mark II was released in the UK at the weekend, and I took one for a test drive. This time around, I made sure we took the camera, so you can see for yourself whether or not I look absolutely ridiculous. 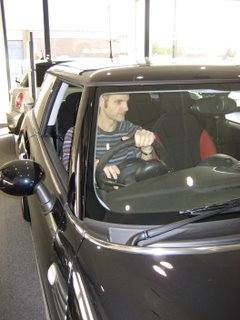 Now, I know that the Mini is a small car - and anyone sitting behind me has definitely drawn the short straw - but in terms of the driving position itself, this car is at least as roomy as my Ford Focus.

It's a nice little car, and I'm sorely tempted.

What do you reckon? A Mini Cooper in British Racing Green with a white roof and two white bonnet stripes?