well there's only so much drama I can stand.... 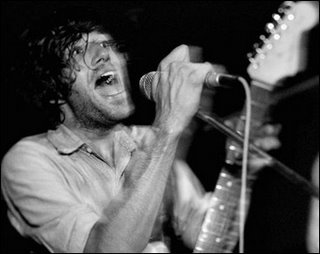 Never let it be said that I don't learn from my mistakes: I usually roll up to gigs at Rock City at around half-nine and still have time to get a drink in before the main act takes to the stage. I discovered the flaw in this plan at the last Saturday gig I went to at Rock City. The Futureheads are (well, were - I'm not such a fan of their second album) one of my favourite bands, and I was very pleased to have a chance to see them somewhere a touch more intimate than Glastonbury. I was therefore a touch distressed to turn up at Rock City at about twenty-past nine to discover that they had already been onstage for 35 minutes and had played three-quarters of their set. I wasn't about to make the same mistake with WAS, so I popped in to Rock City when I was in town at lunchtime and asked them what time the main act would be onstage. Quarter to Nine? No problem.

We Are Scientists are ace (and they have an excellent website too - be sure to check out the 'advice' section). The first thing I saw on entering the venue was the merchandise stand. Where Keane were selling shower curtains and coasters, WAS sell brown Y-fronts and socks. Nice. They also have maybe the best start to a set that I have ever seen. The house lights dim and the unmistakeable strains of "Against All Odds" by Phil Collins came over the PA. Just as the chorus kicks in, the band take to the stage, pick up their instruments and play the rest of the song themselves. They play it straight, but clearly don't take themselves too seriously. They get an enormous cheer from the crowd, and then with a quick and very genuine sounding "Cheers Guys!", they roll into one of their own songs.

And here's the thing: We Are Scientists have got some fantastic songs. 'This Scene is Dead', 'Cash Cow', 'The Great Escape' and especially 'It's a Hit' and 'Nobody Move, Nobody Gets Hurt' are all played furiously and received rapturously. Singer/guitarist Keith Murray and bassist Chris Cain also have an excellent line in onstage banter: tonight we talked about turkey mating calls, about the Robin Hood museum, about how one new song was so easy to clap along to that it was "the training wheels of clapping songs"... and when Murray felt that Cains was talking up the new album of b-sides (released on monday and including their cover of Hoppipolla), he felt the need to inform us that it was in fact, "a platter of turds". They looked like they were enjoying themselves enormously onstage and as a result, they were a whole lot of fun to watch. 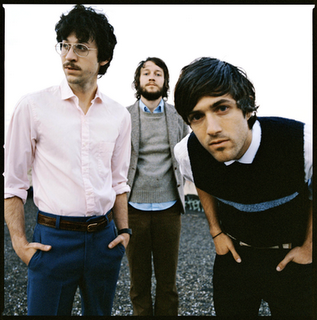 It was one of those nights in Rock City where I felt a touch on the old side. For some reason, WAS seemed to attract a crowd with a much higher than normal proportion of 17 year old lads going to their first gig. We were standing in my usual slot: dead centre but a few people in front of the mixing desk (after the Raconteurs, I'm not making the mistake of actually standing against that again in a hurry). As usual, I initially found a way of positioning myself behind the only person in the whole damn club who was taller than both Lord B and me, but soon found myself with a totally unobstructed view. Just next to me was a group of about five or six lads, none of whom looked like they had much use for a razor yet. They were really into the band and were having a brilliant time, bellowing out the words and waving their mobile phones at the band and at themselves. The band must have been good, because this didn't annoy me at all. In fact, I thought it was quite endearing, although I was a bit baffled as to why they were standing so far back in the crowd when they clearly should have been further forward in the mosh pit. Ah, they'll know better next time, right? Everyone has to start somewhere.

Even before the encore, I thought that this was a really good show - perhaps as much as a seven out of ten. The extra mark is entirely down to the encore: the band come back onto the stage in jackets and ties, and treat us to a full-on version of Boyz II Men's "End of the Road", with the singing being led by the drummer, Michael Tapper (who sings surprisingly well, to be fair), and with a proper talkie bit in the middle led by Chris Cains.

That, ladies and gentlemen, is how all shows should end.