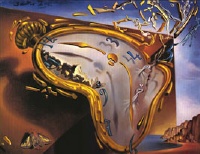 It’s my first day back in the office today. I suppose it could have been a nasty shock to the system after a pleasant couple of days off, but I’m pleased to say that I have resisted the temptation to be idle.

Oh yes. I have spent my time in the eminently worthwhile activity of compiling the chart for “Earworms of the Year 2006”. The chart is made up of a combination of every earworm listed in every Friday earworm post this year, together with all the individual votes sent in to me via email. There’s been a proper scoring system and everything (details upon application, but I won’t bore you with that just now, eh?)

It’s all very exciting, and the results will be revealed this Friday…. It’s pretty close though, so everything is still up for grabs. You still have time to have your say! If you haven’t yet submitted your 5 nominations for Earworm of the Year 2006, then this is your very last chance.

You have until midday on Friday to submit to me (via the email address listed in my profile) the five songs (or ringtones, or jingles, or whatever) that have been dominating your internal jukebox the most over the course of the last year. I don’t care where you heard it, when it was recorded or if it has ever been released… if it’s been stuck in your head at some point in 2006, then it’s eligible.

There aren’t really any rules, except that each person can only submit 5 nominations. Ideally (because I’ll be scoring them) I’d like your choices numbered 1 to 5 and, if you can manage it, I’d like a bit of blurb about each one as I’ll be including some quotes in the rundown on Friday.

Votes please!
Posted by swisslet at 15:13