show me your colours, baby.... 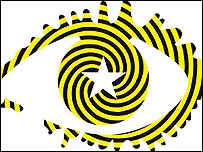 I kicked the Big Brother habit a few years ago, and I haven't really been watching this one. I did happen to be catch some of it last weekend though, before the darts started. I saw what I thought was some pathetic bullying by three girls who were clearly not the shiniest pebbles on the beach. They were all sat on a bed bitching about another member of the house. At first it was laughable because they were moaning about how this person, the Bollywood star Shilpa Shetty, was doing all of their cooking for them.

Things rapidly took a turn for the worse though, and one of the girls decided it would be funny to impersonate Shilpa's accent.

Apparently it's got a whole lot worse since, and has kicked off a bit of a shitstorm (as well as, I couldn't help but notice, adding nearly 2 million people to Channel 4's viewing figures). There have been something like 30,000 complaints, major sponsors have pulled out, and there have been protests in India.

Are they racist? Are they 'just' bullies?

It all looks pretty bad to me. Even if they aren't being intentionally racist, they are picking on Shilpa's colour, her accent and her background as ways of singling her out and isolating her. Even if they aren't doing this in a conscious way (and they would all no doubt be horrified if they were called racists - or racialists, as Jade puts it), what does this say about British society? How much of a 'multicultural' society do we really live in? Is Jade Goody really the face of a modern Britain? Is she everything that's good about the cult of celebrity, or everything that's bad about it?

It's not just that either: Channel 4 are broadcasting all of this for our entertainment, and we're lapping it up. Lest we forget, all of those cameras are rolling 24 hours a day, and the footage that we see is a carefully edited package of highlights. This does not excuse the comments, but it does strip them of their context. I watched some of the highlights tonight, and they clearly know that they are onto a good thing here, ratings-wise, and they are milking it. They have started feeding leading questions to the main protagonists, prompting them to fuel the fire even further. They're not looking to defuse this, they're looking for the controversy.

Mind you, I had to laugh when Jo O'Meara, the former singer with S-Club 7 and one of Jade's coven, was summoned to the diary room when she had been crying. As she left the bedroom and headed across the house, she was muttering to herself about how they were going to be putting her onto TV when she was looking dreadful and not wearing any makeup. Well, I've got news for you Jo:

1) There are cameras running everywhere. They are running 24 hours a day, 7 days a week. We're seeing you now, you dozy cow, not just when you are in the sodding diary room

2) Us seeing you without your makeup is going to be the least of your worries when you finally come out.

Perhaps the most amazing thing about this whole affair is that I never thought I would see the day when H from Steps emerged as a voice of reason.