...not until the next time 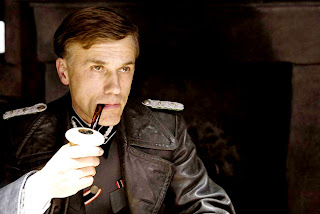 Today marks the 70th anniversary of the start of the Second World War. At 04:45 on that morning seventy years ago, German tanks, infantry and cavalry penetrated Polish territory on several fronts with five armies and a total of something like 1.5 million troops. Soon after that, German planes bombarded Polish cities. The Germans made swift progress in penetrating the heavily outnumbered defences, attacking the cities of Katowice, Krakow, Tczew and Tunel with incendiary bombs. Air raids on Warsaw began at 0900. The first shots of the war were fired, and England and France declared war on Germany two days later.

"I remember the 6 million Jews and all others who suffered, who died a terrible death in German concentration and extermination camps. I remember the many millions of people who had to lose their lives in their fight and in the resistance against Germany. I remember all those, those innocents who suffered, who died from hunger, cold and disease, from the violence of war and its consequences; I remember the 60 million people who lost their lives through this war that Germany started. There are no words to adequately describe the suffering of this war and the Holocaust. I bow to the victims"

As an historian, I flinch slightly at the idea that Germany was absolutely and solely responsible for the war. Yes, clearly they fired the first shots, but it's simplistic to suggest that it was this naked act of aggression that triggered the conflagration. It's as simplistic, in fact, as suggesting that it was the assassination of Archduke Franz Ferdinand that started the First World War. What cannot and should not be denied, however, is the shocking impact that the war had on so many lives: on every side.

Some of the language we use on these occasions unsettles me though. Here's Obama:

"On behalf of the American people, I wish to join the voices commemorating this anniversary today, and express admiration and gratitude to those who stood on the side of freedom and hope, giving an example of spiritual superiority over tyranny".

On the face of it, I suppose that sounds okay, but it's a prime example of history being written by the winners. Of course, when he says "the side of freedom and hope", he really means "on America's side". "Spiritual superiority"? Really? Are we so sure of that? Did the winning side kill sufficiently fewer innocent people to feel able to assume the moral high ground in the matter? Are we really confident that we did absolutely everything we did to rid the world of Nazism from the first moment we heard rumour of the deathcamps? Really?

Actually, that's another comfort we like to take, isn't it? That Hitler was a uniquely evil man in history and that we can hold him and the Nazi party entirely responsible for the war and attendant atrocities. Angela Merkel is acknowledging this in her speech above: the only way that Germany has been allowed to play a part in the world is if they openly and frequently speak of the remorse and guilt they must always bear for the war (did we learn nothing from the War Guilt Clause?). But you can't pin everything on the Nazis, can you? Who were the Nazis, after all, but people like me and you? We don't much like to think about the bureacratisation of evil; the way that ordinary people wore uniforms, stamped identity cards and processed people onto the trains that took them to their deaths. When people say that something like the rise of National Socialism can never happen again, or that it could never happen here, I don't believe them. If time and circumstances are right, it absolutely could happen again; it could happen anywhere. It might already have started.

I went to watch"Inglourious Basterds" on Sunday night. It's had some terrible reviews but, for what it's worth, I thought it was pretty good, with Tarantino belying his reputation and deftly producing a work of some power and, more surprisingly, subtlety. I thought Christoph Waltz was especially good as SS Colonel Hans Landa, giving us a glimpse at how "evil" can just as easily be contained in the body of a mild-seeming man with a silly pipe as it can in that of a frothing dictator with a toothbrush moustache.

As I left the cinema, talking these and other things over with my companions, we stepped out into the street. It was now after 11pm on a Sunday night, but as it was a Bank Holiday weekend, so Broad Street was still busy. My attention was soon grabbed by the sight of a gang of drunken men walking down the middle of the street, each one with both arms raised to the sky and fists clenched. As they walked, clearing their way through the busy street, they were screaming as loudly as they could in celebration of Nottingham Forest's 3-2 win over local rivals Derby County, some 36 hours before. Even amongst the usual detritus clogging the streets of an average English city centre at closing time, they were an intimidating presence. The cause is very different, of course, but I couldn't help but mark the similarities between this kind of tribalism and the kind harnessed by the National Socialist Party in 1930s Germany. You only have to look back to the West Ham v Millwall game the week before to how football tribalism can sometimes lead to violence. Forget the game, these people have chosen to define themselves by the club they support, and this then defines their relationship with other people, especially people who support other clubs. Not so very different to the Brown Shirts.

We are right to mark this anniversary, and right to remember the deaths and sacrifices of so many people in the Second World War. Of course we are. If we are to truly learn the lessons we can draw from the Second World War, though, then perhaps we need to stop pretending that Hitler and the Nazis were anything other than just human beings like you and like me, or that something like that could never happen again or was somehow unique to Germany. Look around you: you can see it everywhere.