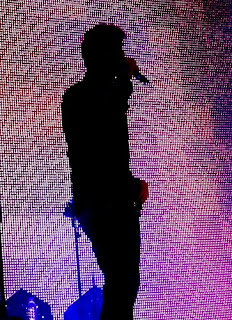 "Scoundrel Days" was a-ha's second album, and although it features "Cry Wolf" and sold well worldwide, it will forever be in the shadow of its multi-platinum selling predecessor "Hunting High and Low", which featured the timeless classics "The Sun Always Shines on TV", the title track and -- of course -- the era-defining "Take On Me" (is there any other keyboard riff that better defines the music of the 1980s?). "Scoundrel Days" does, however, hold the distinction of being one of the very first albums that I ever owned, when I was given a copy on cassette for my birthday, along with a copy of "Silk & Steel" by Five Star. As a result, I have something of a soft-spot for a-ha. Like everyone else, I thought they had broken up years ago until I received a copy of their 2005 album "Analogue". I'm not sure what I was expecting, exactly, but it was really good. It turns out that they'd never actually broken up at all, and it was something of a shock then, in the weeks immediately following the top 5 UK chart placing of their most recent album, "Foot of the Mountain", that the band announced that they were calling it a day. As the BBC reported in October this year:

"We've literally lived the ultimate boy's adventure tale," the group, which formed 25 years ago, said. The trio added that the split would allow them to pursue "other meaningful aspects of life, be it humanitarian work, politics, or whatever else".
"We are retiring as a band, not as individuals," the band reassured fans in their statement. "Change is always difficult and it is easy to get set in one's ways. Now it is time to move on."

When the chance arose (thanks to LB) to see the band playing one of their only three UK dates this year then, I jumped at the chance.

As the day dawned though, the sheer inconvenience of a hack out along the M42 to the National Indoor Arena in Birmingham made the whole trip seem somewhat less appealing. I was tired after a weekend in London, I hadn't even heard the new album, and all I really wanted to do was to go home and get an early night. Did I really like a-ha? How much of their stuff did I actually know? Apart from "Scoundrel Days", which I haven't listened to in twenty years, the only album I have is a Greatest Hits. What if they just played a set to promote their new album? And how good was a support act called Donkeyboy really likely to be?

Well, as it turns out, I needn't have worried. Donkeyboy do labour under a name so bad that it makes the audience laugh when they say it, but their music isn't half bad. They're one of Norway's top bands, apparently, and the influence of tonight's headliners is clear in their sparse, widescreen sound, but they're far, far better than I was expecting and well worth getting to the venue early for. And, of course, tonight's crowd have all made it to the venue early. It's all seated, and even though we arrive at a little after half-seven and well before the support take to the stage, the majority of the crowd are already in their seats and waiting with a quiet, respectful buzz of anticipation. As you might expect for a band whose heyday was in the mid-1980s, then audience are all of a certain age, and many are clutching programmes and posters. It is not, I think it's fair to say, quite the same thing as a Rock City crowd. I'm feeling tired and start to doze in my seat when the house lights drop and a-ha come on.

They open with "The Sun Always Shines on TV", and I find myself strangely overcome with emotion. This is a song that reminds me of being 12 years old, and the band performing it live in front of my 35 year old eyes both look and sound fantastic: Morten's voice and cheekbones both remain absurdly high. They sound awesome and the crowd respond accordingly. The set is very accessible too: there are songs that I don't recognise, but there is also much to enjoy. Cry Wolf, The Blood that Moves the Body, Hunting High & Low, Stay on These Roads (which sounds amazing), You Are The One, Manhattan Skyline (with Morten using a megaphone for the distorted parts), Crying In the Rain, Foot of the Mountain, Summer Moved On, Analogue...... They're not the most interactive of bands, with only Magne really talking to the audience, but they sound fantastic. At one point the huge screen behind the band shows footage of a rising swell in the ocean, and for me this is how a-ha sound: they're widescreen and windswept and Harket's voice is sometimes as pure and lonely as a gull calling across an expanse of ocean; they're open and desolate like tundra..... they're utterly defined by their success in the 80s, but even their oldest and most famous songs do not sound in the least bit dated. They finish with "The Living Daylights" - the fifth Bond theme I have seen being performed by the original artist, and -- of course -- with "Take on Me". The Bond theme is especially good: it's both definable a Bond theme whilst remaining entirely an a-ha song, with an air of melancholy and loneliness underneath the orchestral bombast. "Take on Me" is, well, "Take on Me". 50 year old Morten Harket still hits all of the high notes, Magne stabs out the most famous keyboard riff of the 80s, and the whole thing is received joyously. It's the perfect end, the only end, to a really surprisingly good night.

I hear they're planning a farewell tour. I think I'll go and see them again.

Out of the blue, a really enjoyable evening. How could I ever have doubted it would be?