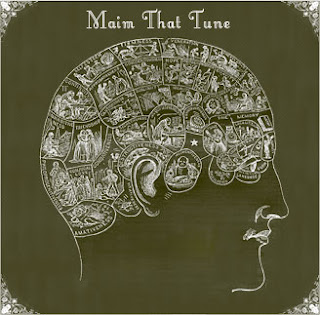 At the risk of labouring the point, if you want to make your voice heard in the Earworm of the Year 2009 poll, then this is probably your last chance.  The big spreadsheet of the year's Earworms as listed on this blog over the last twelve months has now been compiled, and additional votes have been coming in steadily via email (which can be found on my profile) and via Twitter (@swisslet).....

If you're interested in taking part, then all I need is for you to send me the 5 tunes that have been bothering your internal jukebox for the longest in 2009.  They don't have to have been released this year, they don't even have to be proper songs.... hell.... you don't even have to like them.  In fact, with lots of earworms, I'm pretty sure that the ones you remember the most, the ones that hang around for the longest time, are the ones that you like the least.   This isn't supposed to be a list of the songs you've liked the most over the last year, only a list of the ones that you haven't been able to get out of your head.  The only thing I ask of your nominations is that they are genuinely things that have been playing on a loop in your head at various points over the last twelve months.  That's all.  The rest is entirely up to you.  Some commentary on your choices would be nice, but the votes are the main thing.

So whether you want to vote for Lady Gaga, Michael Jackson, La Roux or the theme tune to Midsomer Murders..... get your votes to me as soon as possible.  I'll put the final countdown up at some point on Friday or over the weekend.

Email ThisBlogThis!Share to TwitterShare to FacebookShare to Pinterest
Labels: earworms of the year 2009