If I'm to be your camera, then who will be your face?

We've already got a little compact number, but we decided that we'd get something a bit better before we went away.  Hopefully we're going to be seeing some really amazing things whilst we're away, and it would be great if we could get some decent photos.  Nothing too fancy, but a decent zoom lens will probably be handy, for starters.

In the end, I opted for this. 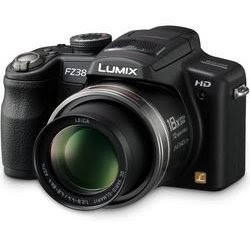 As usual with a purchase like this, I made sure I had a good play with it in John Lewis before deciding to buy.  There are lots of good reasons for buying from an actual shop like this, and on some of their cameras, John Lewis price match with the internet.  In this case though, they were £50 more expensive, and I decided that was enough for me to put up with the disadvantages of an online order, and placed my order with Amazon on 14th December.

This model is pretty new, and I knew when I placed the order that it might take a little while to get to me as stock availability seemed pretty tight (none of the local independent camera shops had any, even though actually I would have dearly loved to give them my custom.  I just didn't want to wait until into the New Year).  Amazon quickly told me that I was likely to get my camera just before New Year.  I would have liked it earlier, but my only real deadline was to get it in good time before we went away.  I set about ordering accessories like a spare battery, a memory card and a camera bag, and settled down to wait.

Shortly after New Year, Amazon suddenly emailed me to say that they wouldn't now be able to get the item to me much before 20th January.  I checked the site, and was a touch confused to see that they still appeared to have stock available for immediate dispatch, albeit at a slightly more expensive price.  I emailed them.  The stock on the website was being sold via an affiliate, and as my order was placed with Amazon directly, I would have to wait.  I was nervous, as I wanted my hands on the camera well before we leave for the Southern Hemisphere.  That extra £50 premium to have the camera in my hand in John Lewis was suddenly looking like better value now.  I told Amazon this, and they said I was well within my rights to cancel.

As I pondered this, the very next day Amazon sent me a dispatch note.  Brilliant.

A few days ago, I rang them.  One of the advantages of a big online retailer like Amazon (in stark contrast to someone like Dabs.com) is that they have people available on the phone, even on a Sunday.  The operator was clearly in India, which is fine, but I do wish they didn't keep harping on about the difficult weather conditions we were having playing havoc with their deliveries.  I only had to look out of the window to know that the snow had long gone.... still.  I was also a little confused why they seemed to be unable to track a £250 order to tell me where it was.  We'd checked the Post Office, so where could it be.  No sir, we've shipped it from our depot on 6th January and it was due on the 8th.  We can't do anything about it until the 20th.  If it hasn't arrived by then, then we'll express deliver a new one.  Here's a £5 voucher for your troubles.

It sounded lost in the post to me, but what else could I do but wait until the 20th?

....and then today, one day before the deadline, it arrived.

Now call me cynical, but have Amazon sent me a despatch note just to stop me cancelling my order and taking my business elsewhere?  That's what it looks like to me.......