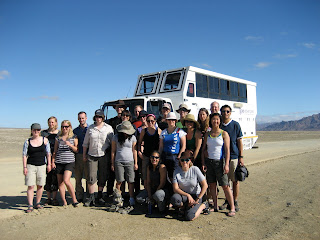 In the meantime, suffice it to say that we're now back home and are in the process of slowly removing all of the accumulated dirt of a three week overland trip through South Africa, Namibia and Botswana, finishing up at Victoria Falls in Zambia..... trust me, all of the sand you accumulate whilst sandboarding really takes some shifting. 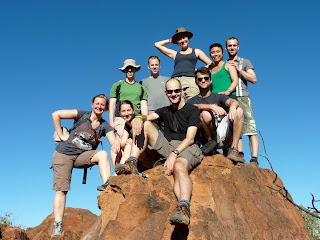 In the last few weeks, I've jumped out of a plane at 10,000 feet, I've seen more animals that could probably kill me than you could shake a stick at, I've eaten biltong AS A SIDE ORDER TO A PLATE OF MEAT, I've distracted a lion with a stick, I've rocked the forest casual look in the world's largest inland delta, I've channeled Johnny Cash as my spirit guide, I've loudly sung along to Baltimora, I've over-competitively played film title charades, I've drunk oceans of wine from overheated goon bags, I've worn a slanket, I've bartered for a bracelet that opens beer bottles....  Hell, I've even spent a lot of time with the only man in the world that Chuck Norris fears.....it's been a scream. 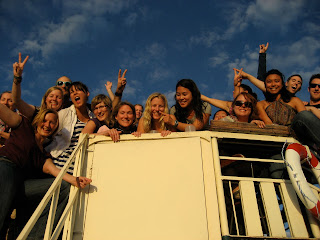 Most of all though, I've spent some quality time with some of the nicest people in the world.  Gums, DJ (good luck in Malawi without those bananas guys....), Sparks, Bones, Meters, Baby Max, Grooves, Dark Horse, Cupcake, Dr. Zhivago, Her Majesty, Sarge, Screamer, Bullitt, Snappy, Swampy (forgive me....), Robin, Buck, Spike, Danger, Timon, Waffles, Tigger, Silverfox (one word, no dashes), Chuck Norris and Boss Lady.... Iceman and Disco really miss you guys.  Every single muddy-pronking last one of you (trust me, 3 weeks of long, long drives in the back of a truck and participative camping is more than long enough for everyone to acquire a nickname and a whole language of private jokes). 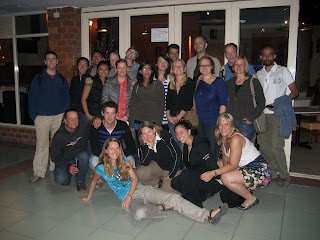 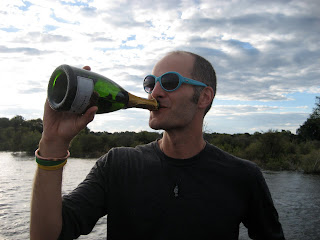 The time for whistling is over and I'm happy and sad all at the same time.
Posted by swisslet at 21:19