I can tell that we are going to be friends.... 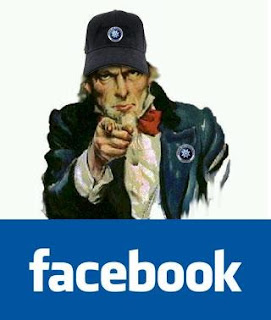 After years of refusal, I have finally caved in and set up a Facebook account....although judging by the number of people who almost immediately hit me with requests to be my "friend", I would imagine that most of you know that by now.  (how does that work, incidentally?)

I'll admit that I was quite proud not to have an account for so long, but the simple truth is that the real reason I didn't open one because I know myself too well; I know how much time I spend on the internet on things like blogger and twitter, and I had an inkling that Facebook wouldn't be any different.  Best not to open that door, I thought; better not to get started at all than to have something else to suck up my life.  That and the idea (picked up from membership on Friends Reunited) that I would be getting requests from people who I would rather never see again as long as I live.

In the end, what tipped the balance was the desire to stay in contact with some of the brilliant people that I met in Africa.  Yes, I could email them, but setting up a Facebook account seemed to be the best way of making sure I was included on the photos we were planning to share and was generally a good way to stay loosely in contact with everyone with the minimum of effort.

You know what?  It's been okay.  I have had requests from people I don't care for, but I've ignored them; I have spent a fair bit of time mucking about with it, and it's another thing -- along with email and twitter -- that I check regularly on my phone, but overall it's not been so bad.  Actually, it's been sort of fun.  I had some initial problems setting up the privacy settings on my account, but even that's now been sorted and everything seems to be ticking along nicely.  I'm "chatting" to some people I haven't had much regular interaction with in years, and it's been good.