it soothes all me troubles away, Oh arr oh arr aay.... 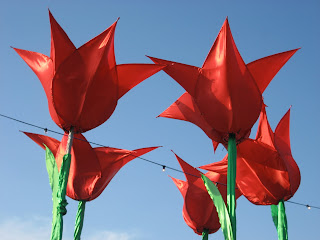 It's not exactly another trip to an exotic destination, but the journey to Glastonbury 2010 starts tomorrow.  After spending something like eight hours behind the wheel of my car covering the last 20 miles to the festival site for last year's festival, this year we're spending the Tuesday night in a Glastonbury hotel and then covering the last mile or so in the morning.  With luck, this means we will both avoid the bulk of the queuing and also be able to choose ourselves a decent pitch for our tents.  That's the theory anyway.

In an ideal world, we'll be drinking in the sunshine well before England put us though the wringer on the big screens in the afternoon.  Naturally, I will as ever be taking freshly made mojitos into the festival site, complete with freshly squeezed limes, homemade (organic) sugar syrup, fresh mint and Havana Club rum.  For the first time this year, though, we'll be taking a stove top espresso maker with us too.  Who says that Glastonbury is becoming too middle class?  Pfff.

This is the festival's 40th anniversary, but it's also a milestone for me too: this is my 10th Glastonbury since I first went along not knowing what the hell to expect in 1993.  The weather forecast is good, but I've been to both sunny ones and muddy ones, and I'm wise enough to know that you go to every festival with both sunscreen and wellies and hope you need to use the one more than the other.  Mind you, a few days in a properly sunny festival would be most welcome indeed. 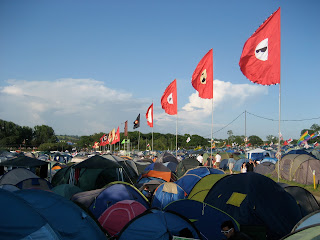 As usual, I haven't made anything more than vague plans to go and see any of the bands.  Every festival has been different for me: last year I seemed to spend a lot of time around the Pyramid Stage, but this year I'd like to try and get around to the John Peel and Park stages a lot more.  The Left Field is back too, this year curated by Billy Bragg, so I'm looking forward to spending some time there too.  Of the bands, I'd quite like to see the National, but apart from that I'm pretty open-minded and will play it all by ear.... 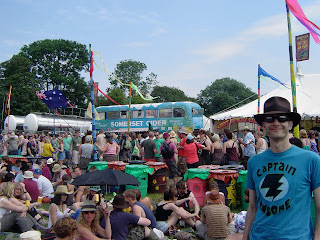 Mainly, I'm looking forward to spending some time drinking atomically powerful cider in the sun with my friends.

Let's hope it's another good one, eh?

Oh, and I'll be tweeting for the Guardian this year, so keep your eyes on their site if you're interested in my views on pies, cider and not seeing the bands I thought I was going to see and probably ending up at N-Dubz.

See you on the other side.
Posted by swisslet at 20:03

Email ThisBlogThis!Share to TwitterShare to FacebookShare to Pinterest
Labels: glasto 2010