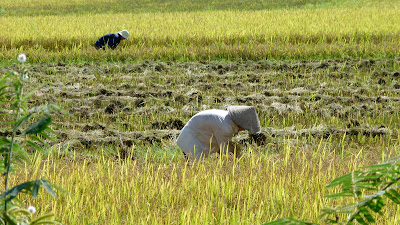 Well, we're back from Thailand, Cambodia and Vietnam now.  I'll post a fuller review in a few days, but as we're off to Austria and Switzerland tomorrow, you'll just have to make do with a few photos and a list of things that I learnt in South East Asia: 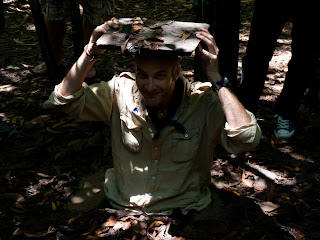 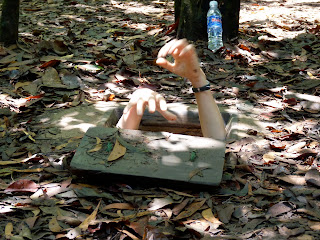 -> C. would have made a much better Viet Cong soldier than me.  My feet are not only touching the ground there, but my hips are actually wedged in the widened-especially-for-western-tourists ambush tunnel.  Mind you, C. needed help getting out of the tunnel, so it's not like she would have been brilliant at ambushes either, eh? 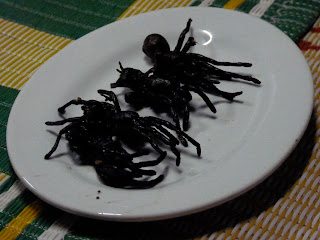 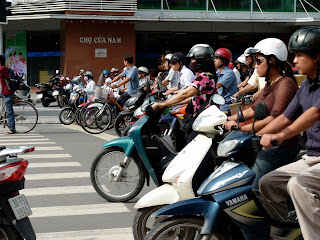 -> The Vietnamese sure do love their scooters.  Crossing the road in Hanoi and Ho Chi Minh City is something of a leap of faith.  Riding on the back of these things is also something of an adventure. 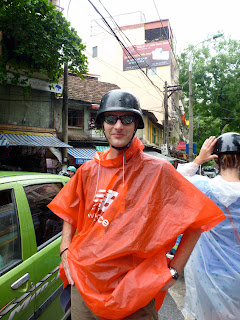 -> It's really hot in this part of the world -- pushing 40 degrees and incredibly humid -- but when it rains here, it REALLY rains.  That doesn't quite explain why I look like some kind of stormtrooper in this photo, I know.... 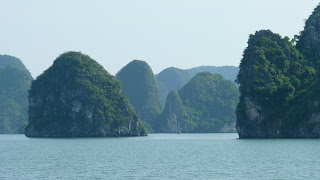 -> Halong Bay may just be one of the most stunning places on Earth.  At least it is when Jeremy Clarkson isn't there.  It's certainly the most beautiful place I've ever been swimming, anyway. 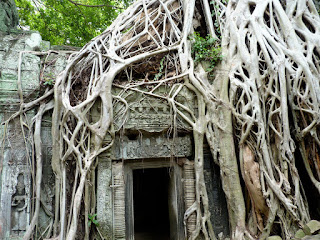 -> Angkor Wat is incredible.  Like something out of Indiana Jones or Tomb Raider (indeed, this is where Angelina Jolie filmed one of the Lara Croft films and is also where she picked up one of her kids....)

-> Weasel coffee sounds revolting, but tastes great.  As long as you don't put condensed milk in it (which the Vietnamese seem to insist on) 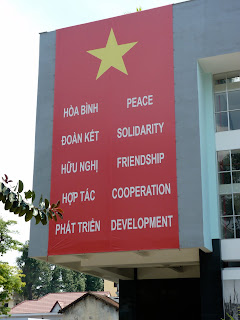 -> Ho Chi Minh is definitely my favourite communist leader of all time.  His picture can be found in almost every shop and restaurant in Vietnam, and he appears to be universally loved as the father of the nation.  He looks surprisingly good too, considering he died in 1969. 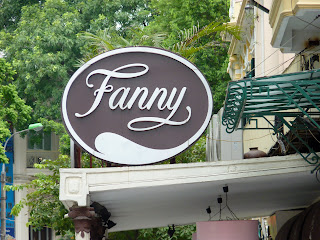 -> We go to all these stunning places and we never take enough photos of the two of us together.

Another fantastic trip: we saw some amazing places and met some lovely people, and I've got back without growing smelly dreadlocks or buying too much cheap ethnic tat.  I'll fill you in on all the gory details when we get back from Austria/Switzerland.  After that, it's back to work......