"Elizabeth on the Bathroom Floor" - Eels

OK, so "Electro-Shock Blues" probably isn't the happiest album in the world, and it may be something of an acquired taste.... but once you get the bug, it's just impossible to forget.  "Climbing to the Moon" is worth the price of entry alone.  This is the opening song, and as it's about the attempted suicide of E's sister (one of nine, before she succeeded), it very much sets the tone for what is to follow. Bleak, depressing and yet ultimately life-affirming.  One of the very best.

AC/DC are not a complicated band.  Nevermind the fact that they've been recycling the same old chords for decades (at least they're very, very good chords....), think about the lyrical content of this song: it's about shagging a fat bird.  Simple.

Another Suede song appearing in this list.  Suede have been appearing in my head unprompted for weeks, so this week I actually gave up and listened to "Dog Man Star".  Fine album it is too.  Good band.  My decision to watch them instead of the Velvet Underground at Glastonbury in 1993 still makes no sense at all to me.  What an idiot.

Ridiculous, but sounding oddly good at the same time.

This ain't no technological breakdown
Oh no, this is the road to hell

One of the directors in my department was wearing a polo-neck sweater in the office the other day.
"Ah, you're looking very 'With The Beatles' today"
"What?"
"It's an album by the Beatles"
"What?"
"The Beatles.  You have heard of the Beatles, right?"
"You mean I look cool?"
"....oh, never mind."

In the end, I left a print out of the album cover on her desk.  I think she was quite pleased, to be honest.  I didn't tell her she looked most like Ringo, mind....

I've loved this song since I first heard it as a DJ on University Radio when I was at Warwick at some point in the 1990s.  Long past their best, obviously, but there's just something about this song.  I can't resist the wistful, eh?

"Bad to the Bone" - George Thorogood & The Destroyers

As played by Gums on the iPod as we travelled through Namibia.  I've pretty much not been able to shift it since.  Reminds me both of Africa and of my favourite sweet-guzzling New Yorker.  Both wins, obviously.

It's not very often that I recognise a TV theme tune played backwards at the quiz, but I recognised this one..... it has a most unexpected (but welcome) searing guitar solo.  A bit, as LB pointed out, like the Grandstand theme tune.

As featured on the soundtrack to "Team America: World Police" which I watched for the first time last weekend.  The obvious standout songs on the soundtrack are "America, Fuck Yeah" and "I'm so Ronery", but this one is played at the cocktail party, and it's pretty hard to resist that riff.  One in the eye for people who think that they're "Born to be Wild" or nothing.

The guitar solo that keeps on giving.  He's got a slightly silly, wobbly, quavery voice, but somehow this song still manages to rock like a beast with righteous liberal anger.  AWESOME song.  The numerous false-endings Young employed when he played this at Glastonbury a couple of years ago didn't serve to endear him much to my wife, but I thought he was BRILLIANT.

And that's it.  Have a good weekend y'all. 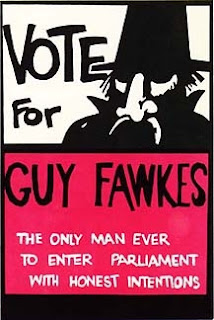