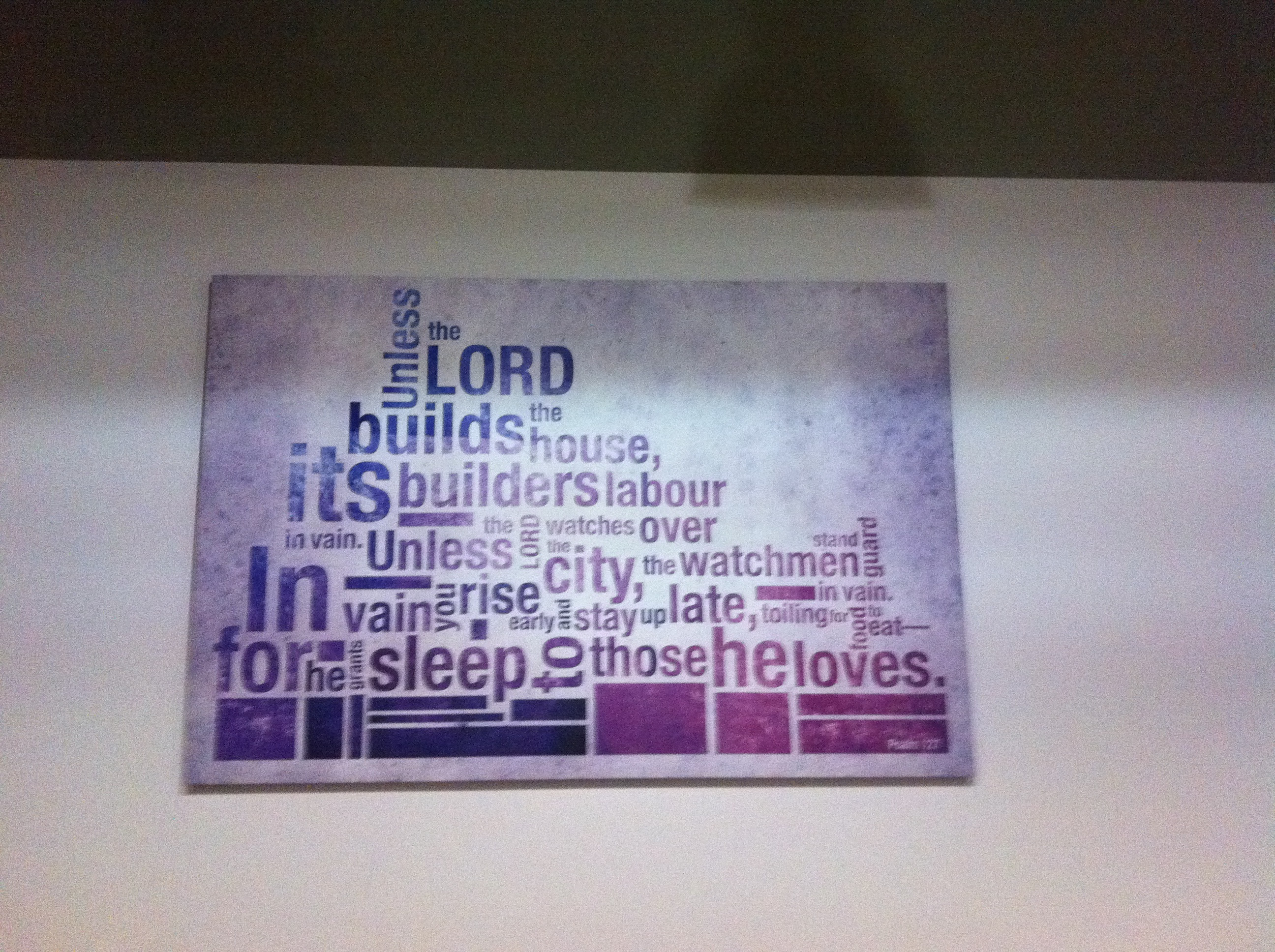 I had a team building session at work today.  A "launchpad", according to the invitation.  The venue was in a church's conference centre (yes, they are that kind of a church).  As their website says they "are passionate about seeing God's kingdom spread throughout Nottingham".  From what I could see from the venue itself, this seemed to consist of some groovy religious type paintings around the place.  I took some photos so you could enjoy them too.  After resisting an early temptation to attend the "modern discipleship" course instead, I tried to swallow my cynicism and get on with the day.

It was alright.  We're in the middle of a lot of restructuring at the moment, so really it was about getting us altogether as a team and reinforcing a few things about becoming "world class" and that kind of jazz.  Our new director (who joined the company just before I left and has been in place for about a year now) is from Yorkshire, and one of the things I've noticed is that there are now a lot of Yorkshire accents about the place.  In fact, as one clip they used illustrated, it's all become a bit Yorkshire Airlines.  Perhaps that explains our new tagline:

I'm not sure that's in English, and I'm pretty sure it only makes sense when said with a Yorkshire accent. 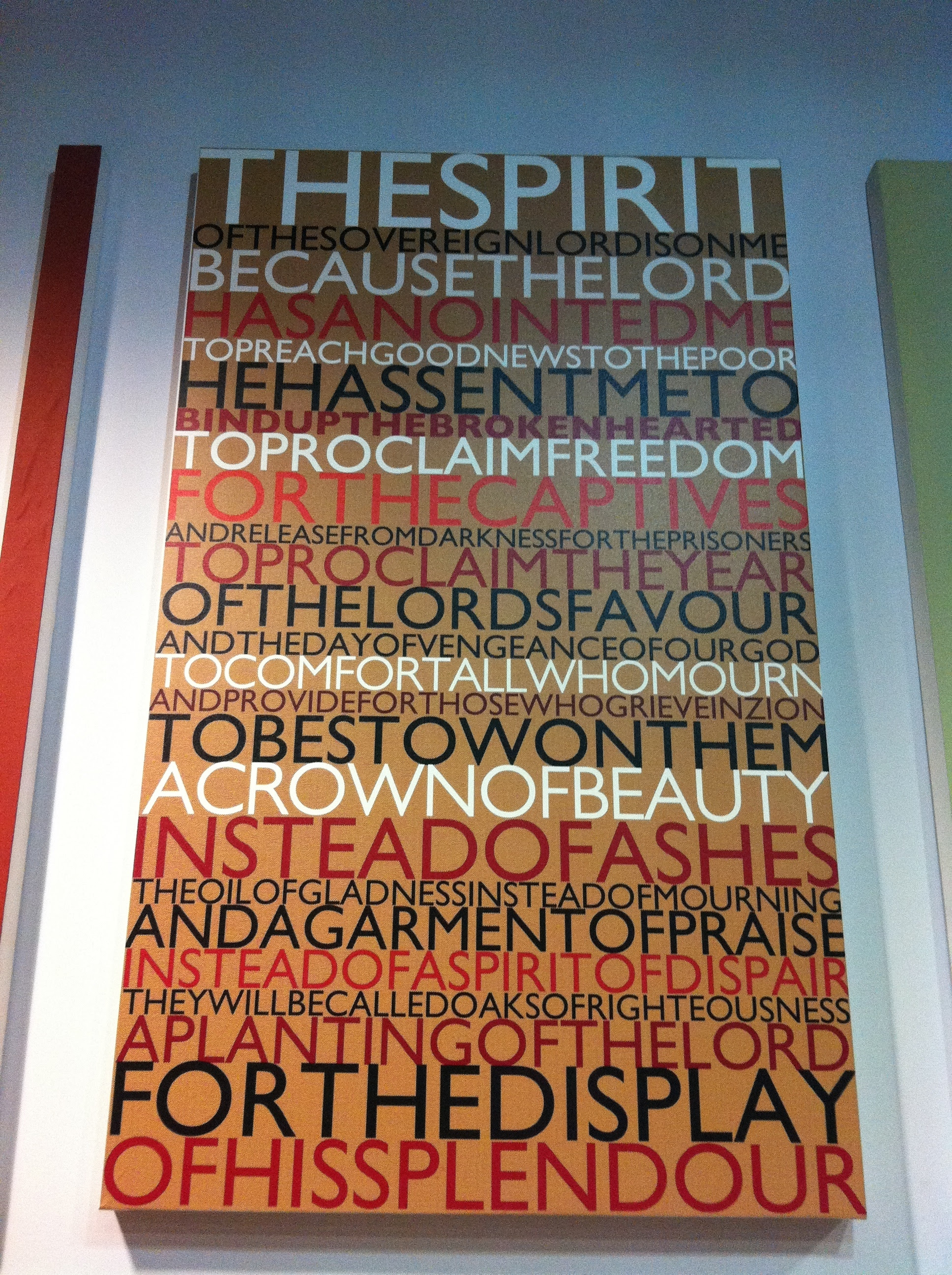 The session was, I thought, a bit light on content and I felt that some of the sessions were done on the hoof and without any proper preparation.  They did, however, pull out a pretty good guest speaker: Sir Clive Woodward, the coach of the England side that won the Rugby World Cup in 2003.  I knew he was coming in advance, and was worried about how much he would big up his own role in the development of a side that had several world class players in it when he took the reigns.  After winning in the World Cup, after all, Woodward hadn't made much success of coaching the 2005 Lions or at Southampton Football Club.  Actually, he was good.  Not only did he not speak about himself too much, but he didn't talk about rugby all that much either.  He talked about the role of the individual in the forming of a team, and I thought he was pretty interesting.  His basic thesis is that talent alone is not enough to succeed: as well as talent, you need to have the ability to learn, toughness under pressure and the will to win. Interesting, and illustrated with examples from outside of rugby. 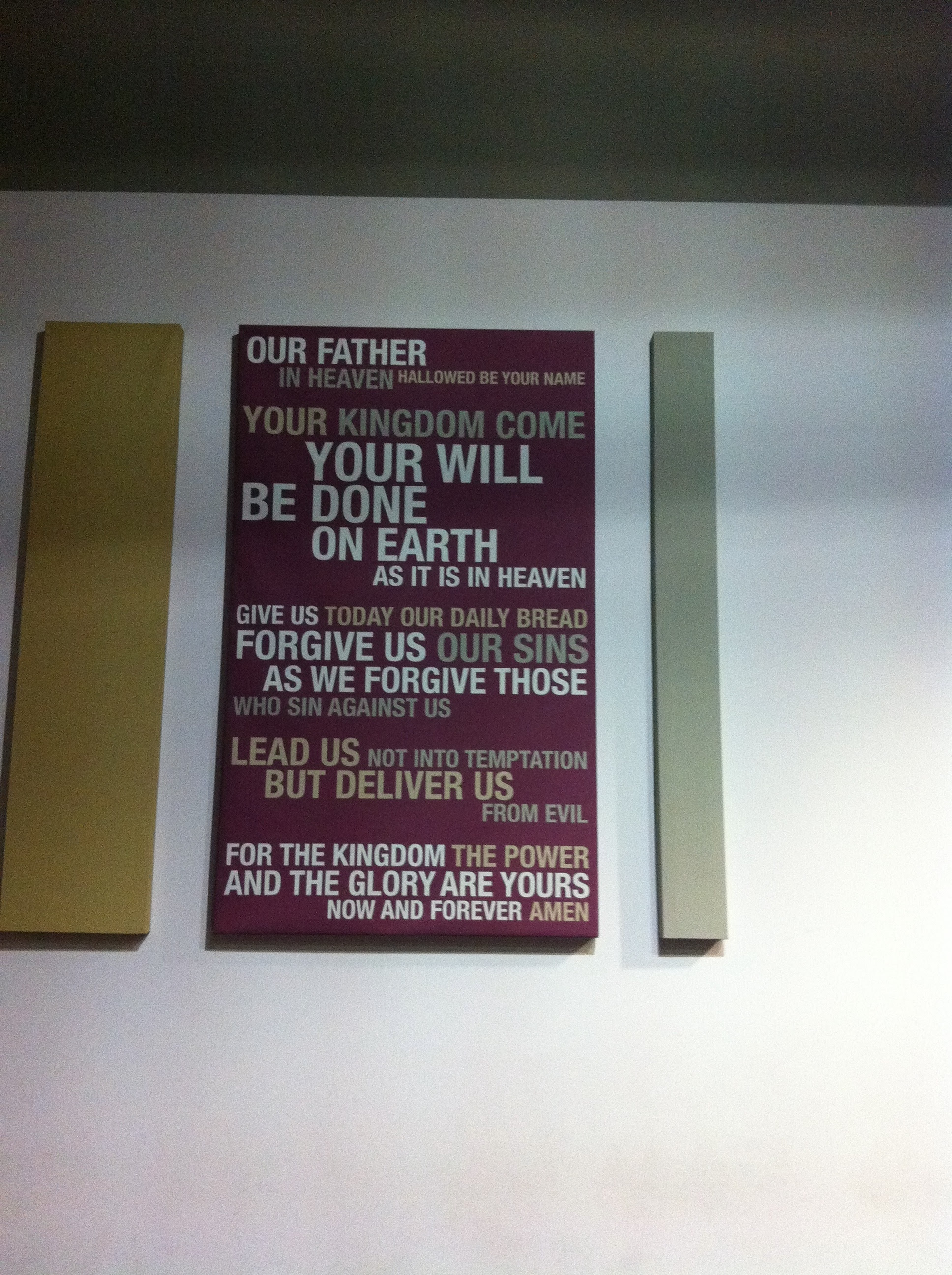 As well as talking about the role of the individual, Woodward spoke about teams themselves, using the team he knew best as an example.  Amongst other things, he told us about"Teamship", the rules that the England team set for themselves and committed to live by: things like punctuality, interaction with the media, use of phones and BlackBerries and dress code.  Apparently these are the little things that it's easy to agree in advance and can make a huge difference to how the team behaves and responds, bringing everyone together or driving them apart.

This last one made me laugh: dress code.  He was talking about how the players decided they weren't the kind of team that wore flip-flops in restaurants, but that wasn't what made me laugh.  On the invitation to the event, dress code had been specified: smart casual and not business formal.  Now, I think technically we don't have dress code at work, although in practice, people either wear suits and ties, or like me, a smart shirt and trousers but no tie.  If I didn't wear a suit to work, what on earth was the difference between business formal and smart casual?  I asked my boss, but he said it was the same as what we all wear normally.

"Then why specify a difference?"
"I don't know.  Does it matter? Wear smart casual."
"So does that include jeans? Or are we talking corduroy?"
"Why are you asking me these questions?"
"Why do you employ analysts if you don't expect them to ask you questions?"

At the end of the conference, we were asked a few questions and asked to provide instant, snapshot feedback using the red and green cards that were on our tables.  One of the questions asked if we thought that the session had provided us with a greater understanding of the direction the organisation was taking.  I didn't agree.  I thought the day had been useful up to a point, but that it left lots of important questions unanswered.  In fact, I wasn't even convinced that it knew what the questions were.  Several people on my table seemed to agree, but were muttering things like "grit your teeth and hold up green".  We'd been talking about moral courage all day, so I decided I would hold up red.  I wanted to know more and I wanted to be involved in the discussions that will shape my role going forwards.  Rolling over and saying everything was fine with a green card wouldn't be honest.  I held up red.

I was the only person to hold up red.

Everyone looked at me.

It may have been my imagination, but I think I saw some people sadly shaking their heads.
Posted by swisslet at 21:41