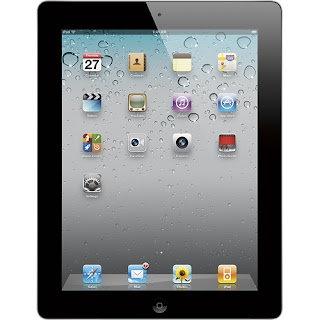 I can't really think of a single concrete justification for needing one, but I am finding myself strangely drawn towards the new iPad.

When the original came out last year, I played with one for a while in an Apple store in San Francisco. It surfed the internet nicely enough, but it seemed a little heavy in my hand after even a couple of minutes use. I loved my iPhone, but the iPad seemed like a really cool device that didn't really have a compelling raison d'etre, and Apple seemed to be hoping to find one post-launch.

I saw one in use a few months later, on our trip to SE Asia. One of the guys we were travelling with would use it to read books and to edit the photos and videos he was taking as we went on our way around Thailand, Cambodia and Vietnam. I get the video editing bit (although I'm also pretty sure that it could have waited until he got back home, and that his friends could have lived without daily Facebook video updates) but I don't really see the iPad as a practical e-reader. This guy took his iPad to the beach one day, but he found that it was both too hot and too bright to practically use the device. Marissa's kindle was fine in the same conditions. When I got home, I wanted a kindle, not an iPad. I know a kindle doesn't have as much capability as an iPad, but it's a whole lot better at doing the one thing that it's really designed to do..... Mind you, on the flight on the way home, when the only film showing on the big screen was "Furry Vengeance", I suddenly understood what the iPad is for when I trudged wearily down to back of the plane and saw someone curled up in their seat underneath a blanket, with their iPad propped up in front of them, watching a film of THEIR choosing.

So, now the new one is out. I played with one in an Apple store when we were in New York the other week, and the new model seemed a lot lighter in the hand. I browsed the Guardian website, and it was great.... as an iPhone user, it's not the biggest leap of the imagination to find the interface on an iPad an entirely intuitive way to navigate around a website.

I'm sure they're great, but what would I use one for really? They seemed to have plenty in stock, but I still didn't want one.

Not two weeks later, now I'm back in the UK, where prices are the same in £ as they were in $ in New York, and where it's impossible to get hold of one anyway.... suddenly I find that I kind of want one.

I'm not saying I'm going to rush out and buy one or anything.... I'm just acknowledging that something in my head has changed. I can't rationalise it, but it's there.