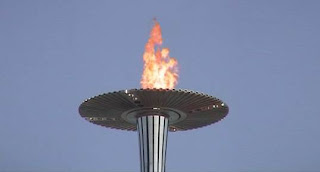 Not to put too fine a point on it, there’s a whole lot of crap being written about Olympics tickets (on the radio, in the comments below otherwise sensible articles online, etc. etc.). I know I’ve spoken about this before, but people are STILL going on about it, and it’s STILL annoying me. Together with a bunch of others, we planned really carefully, picked out the sports we really wanted to go and see (excluding things like the 100m final or the Opening & Closing ceremonies, spread our applications around, put in some insurance bids for tickets and still got next to nothing. I actually DID get nothing, and I think between us we got about 10% of our application. That’s a little disappointing, certainly, but when you hear that there have been something like 20 million applications for a total of 6 million tickets, it’s also not all that surprising.

Has that stopped the whining? No, of course it hasn’t. For the last couple of weeks, since it became clear who had been lucky enough to get tickets, we’ve been awash with commentary from people bitching about how they didn’t get the tickets they wanted. It’s probably worth saying that disappointment being expressed comes from a shared sense of ownership of these London games that bodes will for the Olympics next year as a whole…. but the sense of entitlement to tickets that people have is amazing. There’s the person on the radio who has “volunteered in athletics for 30 years” but from his bid for every single session in the Olympic Stadium, got nothing. Applied for EVERY SINGLE SESSION and moaned that it was a process that favoured the rich; there’s the people whining that they haven’t even got tickets to volleyball or the basketball or the weightlifting, you know… the sports that are so patently ridiculous that they CAN’T POSSIBLY HAVE SOLD OUT; there are the people bitching about the 8% (-ish) of tickets set aside for the sponsors who are paying for more than 25% of the games (i.e. money that we the British taxpayer won’t have to pay); the tickets allocated to foreign athletic associations are also under fire…. Why should foreigners be allowed to come to OUR games?

Pah. I don’t know which of them are worse.

Oh actually, yes I do…. With all due deference to the Londoners who believe that they should have been treated preferentially for THEIR games, It’s the people who insist that the ballot was somehow unfair and that first come, first served would have been much fairer. Let’s see: 20 million individual applications for 6.6m tickets available, with each person applying for multiple events over multiple days. Imagine that at 9am on a Monday morning, with renowned online ticket sales experts like See Tickets or Ticketmaster handling things when they can barely handle a Barry Manilow arena tour. The internet would have MELTED.

I’ve just spent a hefty chunk of my afternoon on the French ticketing website, where tickets went onsale to registered users today. Using C’s parent’s address in France, we registered a few days ago…. And were amongst 4000 other Brits to do so. The prize on offer was two days exclusive access, with other members, to any tickets to the games the French had been allocated. It was due to be up at 8am UK time this morning, and had crashed before a single ticket could be sold. It came back online at 1pm, but it then proved impossible to log on or to get access to any tickets. Whichever genius designed the site had failed to protect the transactional end of the site from the volume of unregistered traffic coming to have a look and the result was frustration. You need to log on to buy tickets, but volume on the website was preventing log on. I don’t imagine that the French site has seen even a fraction of the traffic that a full UK site would have seen if this had been the chosen way of selling tickets here….. but as the next round of the ticketing here is to be first come, first served too, then I imagine we’re about to find out how well we would handle the same thing.  Some 8 hours after they first put tickets onsale, you now can't open the page at all.

I’m disappointed I didn’t get any tickets to the games too, and no ticketing process will ever be perfect, but it’s not the end of the world. It will still be an amazing event, with or without me; I certainly don’t flatter myself that I could be the crucial difference in atmosphere and I’m sure they’ll manage in my absence. I do not have a RIGHT to tickets, I have the right to TRY to get tickets… and I’m going to keep trying.

As an aside, though, it’s hard to escape the feeling that if the 2012 games had been awarded to Paris, it would have been a whole lot easier to get tickets as probably 90% of the people moaning about not getting tickets now likely wouldn’t have bothered applying at all.