oh yeah you're skin and bone... 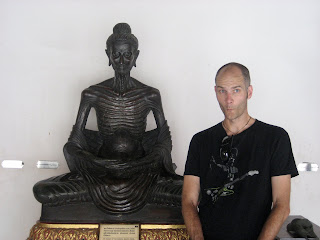 I normally weigh about 88kg.  That's 194lbs or a shade under 14 stone.  It varies enormously day to day and even during the day, but that's what I consider to be my fighting weight.  I don't like to be heavier than that anyway.  It might sound a lot to you, but I seem to have spent most of my life justifying my weight (and the size of my head and the size of my feet and son on...) on the basis of my height.

I'm nearly 2m tall; six foot five.  It surely stands to reason that as someone who is taller than average, I'm likely to weigh more than average.

My Body Mass Index is 23.5.... or towards the top end of "normal".   My dad - a doctor - tells me that this chart is out of date (apparently "overweight" is the healthiest category to be in, which tells me that their categorisation is stupid) and skews if you are either really short or really tall.

I'm pretty skinny.  So people tell me, anyway.  I tend not to believe them as I have been many things in my life, but I find it very difficult to believe that skinny is one of them.  I've also been a lot heavier than I am now - probably as much as six stone heavier - and my body image stubbornly refuses to change to reflect the figure I now see in the mirror. 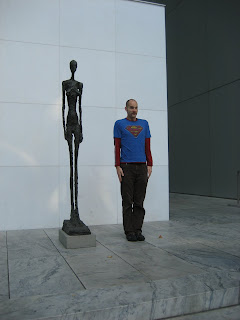 When I saw my dad a few weeks ago, he looked at me and asked if I was losing weight.  This is a loaded question: my dad is slow to outwardly show medical concern for members of his own family, but has been keeping a sharp eye on me since I first started experiencing the symptoms of what we now know is MS.  I didn't think I had been losing weight, and I certainly haven't been trying to, so I shrugged him off.

.... but then, last week, I put on the suit I had tailored in Vietnam at the end of August last year.  When it was made, it was tailored by Mr. Xe to be particularly skinny.  As I'd just come off the back of a bout of Phnom Penh belly, I was a little doubtful that I would ever be able to get it on again.  As it turns out, less than 10 months later and I found that I already needed to wear the suit with a belt.  There was maybe an inch or two of spare material at the waist.  Sina, our Swiss friend that I met in Africa last May, also remarked that I looked like I had lost weight. 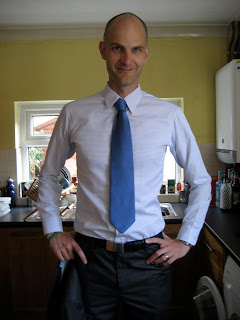 So I weighed myself.

Nothing to worry about, I didn't think, but when I was training for the half marathon in 2009 I dropped down to about 85.5kg.  As I'm only at the beginning of the second week of training with eight more and a substantial ramp in mileage to go, it seems likely that I may drop below that this year.

Is it wrong that a part of me is a bit pleased about this?

As I paired my training run today (3 miles, easy) with an hour of football, should I really be surprised?

It's mostly muscle, right?
Posted by swisslet at 20:05