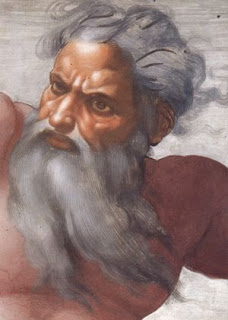 God. Bearded.
Given that I’ve been growing the damn thing since the third week of December, you would imagine that I would be getting used to comments about it by now.... but not really.

Hold, on. Let me try that phrase the other way around: wouldn’t you think that, after a couple of months, my colleagues and friends might be getting used to the damn thing by now?  I've only had three people - all from the same team at work, make of that what you will - amusingly remark that my head is on upsidedown... but people still seem endlessly amused and fascinated by my beard: the colour; the thickness; the length; the patches of grey.  You name it, someone has asked me about it.  The less socially adept of my friends have just reached out and copped a feel, perhaps unable to restrain themselves.

On the other hand, given that I still double-take my own reflection, why should I expect everyone else to be used to it by now? 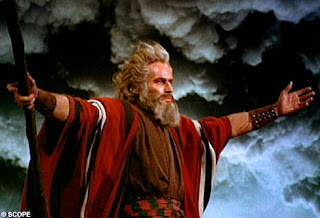 Moses.  Bearded.
I’ve been pleased and pleasantly surprised to receive a few compliments from members of the fairer sex, but what really gets me is the level of fascination/envy from other guys.  Let me tell you: beard envy is a terrible thing and has many manifestations.  Only yesterday, as we were sat at our desks, GJ looked at me for a while and suddenly remarked, seemingly out of the blue: "You've got great coverage.  That's a proper beard that."

Um.  Thanks?  I hadn't realised that the thickness of my facial hair had been on his mind.

GJ isn't envious of my beard, I don't think, and I don't know if he's ever tried to grow one before.... but in a strange kind of way, other guys seem to look at my beard as a sort of projection of the beards that they wish they had themselves.  A fantasy beard, if you like.  A beard for all seasons.

"Over the course of history, men with facial hair have been ascribed various attributes such as wisdom, sexual virility, masculinity, or a higher status; although beards may also be perceived to be associated with a lack of general cleanliness and a loss of refinement." 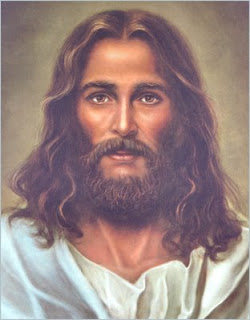 Jesus.  Bearded.
Yes. That.  Well... most of that.  All except for that last bit, obviously. 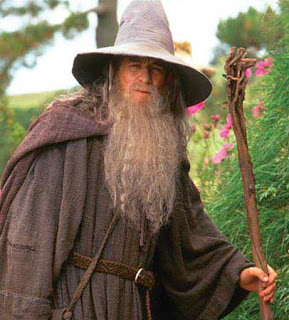 Gandalf.  Bearded.  Seriously.  All the cool kids have them now.

All aboard the good ship beard.
Posted by swisslet at 21:41