is it a monster?

Last week, I had a meeting with one the newest members of our team at work.  She joined the team at the beginning of January, but has actually been with the company since September, when she joined as a graduate trainee.  She's obviously pretty young, but as you might hope after a rigorous recruitment process, she also seems as bright as a button.

Our office contains several thousand people, and like any large business, it's also home to a seemingly impenetrable language all of its very own, so I imagine that it can be a pretty daunting place until you find your feet.  In addition to that, being the graduate trainee is also a bit of a funny role; although you are very much part of the team within your department, you are also still 'owned' by the HR development team who oversee your training plan and send you on various courses with the other graduates for a couple of years.  In the dim and distant past, I was a graduate trainee too, and I remember that the things that HR tell you to expect are often very different from the things that your department actually want you to do.  It's a strange and exciting time.  Confusing and daunting but also challenging and rewarding to be embarking on your first real job after graduation.  It can be pretty scary, though.

I like to think that we're a pretty friendly team, and in the time that she's been with us, this girl seems to be settling down okay and easing her way into the job.  She sits just a few desks behind me, within easy talking distance, but when she initially asked if she could have a quick meeting with me, she approached me though the medium of the instant messenger attached to our email programme.

No problem.  Any time you like.  Just come and grab me.

....and then I spent the next couple of hours being collared by other people at my desk.  By the time I was finally free, it was now long gone 5pm, and I was acutely aware that this girl was now probably only sticking around so that she could talk to me.   I wandered over to her desk and we then spent the next half an hour discussing a presentation that she was going to be doing to our leadership team and she wanted some help with.

I was delighted to help, of course, but after a couple of minutes of chatting, I suddenly realised that this girl had a slight tremor in her voice... she was nervous.  I was a little taken aback: for me, this was a fairly casual meeting at the end of the day between two members of the same team.  Even allowing for the fact that she had only joined the team a couple of months ago and doesn't know me all that well, why would anyone be in the least bit daunted by me?

I mentioned this to another colleague the next day, and she pointed out to me that I'm physically pretty large, I have a loud voice and I have very definitive opinions which I am not afraid to state authoritatively in open forums.... to a young graduate just joining the team, this makes me daunting.  Apparently, when this other colleague joined the team, I intimidated her a little bit too. 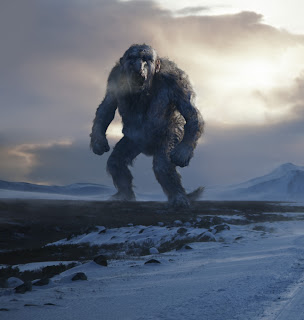 Give her a little more time, my colleague added, and she'll soon realise - as everyone does - that you're full of shit.

True, obviously.....but charming nonetheless.  Tell it like it is, why don't you?  Don't pull any punches on my account.

As someone once said:

Life's but a walking shadow, a poor player
That struts and frets his hour upon the stage
And then is heard no more: it is a tale
Told by an idiot, full of sound and fury,
Signifying nothing.

Guess who plays the role of the idiot in the ongoing comedy of my brilliant career?
Posted by swisslet at 17:48