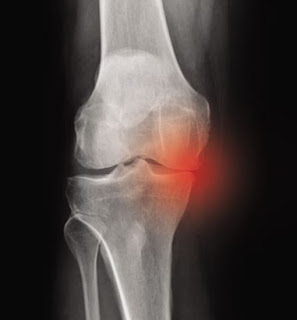 I’ve been running regularly now, at least a couple of times a week, for something like 15 years. I weigh a lot less now than I did when I started, it’s true, but I’m still 6 foot 5 inches tall, and over the years, I must have pounded an awful lot of force through my joints. I’ve had remarkably few injuries, really. I had a bit of tendonitis in one knee for a while, shin splints when I did a lot of running on bouncy treadmills and assorted aches and pains… but nothing to write home about really.

I first developed the symptoms of multiple sclerosis in 2005: a numbness that quickly spread from my hand, up my arms and down into my thighs. It made running feel very strange indeed, but it didn’t stop me. I wasn’t diagnosed until 2009, but apart from dropping out of the 2005 London Triathlon when they thought that those symptoms could be caused by a fractured neck, I’ve run throughout. The numbness in my muscles is still there, but I seem to have got used to it now. One of the most debilitating symptoms of MS is fatigue, but in the main, I’ve been lucky enough that this has not stopped me from exercising and, in fact, running seems to help to chase the lassitude away.

I mention all this because, over the last few weeks, I have developed an ache in my left knee, a cramping tightness in my left calf and a pull in one of the abdominal muscles on the left hand side. Nothing too serious whilst running, but I’m learning – slowly – to listen to my body and grudgingly accepted that it was giving me some warning signs (not least that I am now largely unable to crouch down on my left knee). I have been seeing an osteopath regularly to treat inflammation in the muscles of my back for the last decade. I only go once every 5 weeks or so, but the regular visits seem to help keep everything supple and avoid problems. I had an appointment on Tuesday and decided that I would ask about these new symptoms instead of my back.

It never fails to amaze me how quickly my osteopath can isolate not only the problem, but also identify likely root causes. Sure enough, within about 5 minutes, he told me that I was starting to develop a degenerative tear in the lateral meniscus of my left knee. The problem in my calf was likely directly related to this as my body tried to compensate, but the pull in my stomach is nothing to do with it.

The bad news is that, as a 38 year old with a few miles on the clock and a body that isn’t really built for running, this problem isn’t going to go away any time soon and is likely to get worse rather than better. The good news is that I’ve caught it early and there are exercises I can do to strengthen the muscles supporting my knee to minimise the impact. One of these exercises involves standing on my left leg with my right leg straight out behind me and doing shallow dips. It’s quite similar to an exercise that I do at the neurology clinic to assess the impact of my MS, actually, and as James – my osteopath – watched me doing it, he quickly remarked that my balance on my left leg was poor. I think I’ve mentioned before that, when I’m tired, I seem to drag my left leg somewhat as I run. You can see this clearly in my running shoes, where there is a marked scuff and general wear on the left shoe that just is not there on the right. I had marked that down as another unfortunate consequence of my MS, but not one that was going to stop me from running, even if it does occasionally mean that I stumble. It now appears that this “dragging” of my left leg means that I am striking the ground significantly harder on that side with every stride, and this has subsequently started to take a toll on my knee.

This isn’t disastrous news and I now have a new set of exercises for my knee to add to the ones that I do to maintain the strength across my arms and shoulders, but it’s not great. I can’t help but think that my MS has so far failed to get me to stop running through fatigue and a general loss of muscle strength so it is now choosing a more subtle tack.

Well, you won't take me down without a fight.  That's all I'm saying.
Posted by swisslet at 20:49