a cheap holiday in other people's misery.... 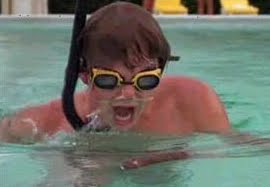 doody!
As usual, after my swim last night, I headed over to the sauna to sweat out my various aches and pains before heading home for my tea.  It's usually pretty quiet in there, but on this occasion I walked right into the middle of a conversation going on between several of the other guys in there.   They were already in full-swing by the time I arrived:

"Yeah.  So it was a pretty amazing deal.  £20 a night for the accommodation and everything else was dirt cheap too."
"Sounds ideal"
"It was.  You could literally jump into the sea from the terrace outside the apartment.  Beautiful weather as well.  28 degrees every day and clear blue skies.  It wasn't like Australia.  Every time I've been down there, it's been 35 degrees for three days and then it's pissed it down constantly for the rest of my stay.  This was beautiful every single day."
"Perfect.  Were you surfing every day?"
"Well, you know how it is.  I was out five days out of seven in the first week, but then Dave came out and we went out on the pop and I only managed to get out twice in the whole of the second week."
"Was the surfing good?"
"Pretty good, but I'm still on one of those boards that's literally like a dinner table.  If you can't stand up on that, then you might as well give up.  I still struggled, to be fair."
"Sounds amazing.  I could do with some of that"
"Well, the resort was top notch and amazingly cheap.  You do get what you pay for, to be fair, but if you don't mind the open sewer, then you'll be fine"
"Oh, I reckon I could get past that..."

I had no idea where exactly they were talking about, but to be honest, I'm not sure that the easy access to the sea is all that much use to me if I can also see the open sewer running straight into it..... but maybe that's just me being fussy?  I wouldn't surf in that,  not even on a board that's literally like a dinner table.  It's the whole Caddyshack poop/candy bar conundrum that I wouldn't be comfortable with, but I guess - if the price is right - some people will always be prepared to take the taste test. 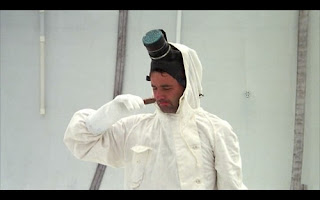 candy bar!
Other people's conversations are brilliant.
Posted by swisslet at 18:24