if you can't move to this, then you probably are dead...

Sometimes a word comes up on Drawsome that leave you with no real choice as to what you’re going to draw. When “Journey” came up for me, I was only ever going to do one thing: I was going to attempt to draw a band. It might have come out on the rudimentary side of things – most of my drawings do – but it was still 3 coins in the bank! (putting some of the lyrics down probably didn’t hurt, mind. It’s good to have an insurance policy on these things, eh).

This song appears to be following me around. I was completely, blissfully unaware of it until a couple of weeks ago, and now I’m hearing it everywhere. No sooner had I written about it, than I heard it playing over the PA in my office. Leave me alone! Awful record. Catchy as hell. You’d like it.

Never really liked Prince and certainly never liked this song. It’s now nearly 12-and-a-half years since 1999. Why now? Has anyone listened to this song since New Year 2000? If so, why?

“Kissing You Goodbye” - The Pierces

Another one that I keep hearing on the office PA as I walk past reception. I like this one though, and it popped up on shuffle on my iPod when I was out running the other day, and then again today. Not sure if their career is ever going to pick up any real momentum, but their last album was really good, I thought.

I actually bought this as a CD single back in the day. Remember them? It wasn’t one of the little 3” CD singles you used to get though; you know, the ones that on some CD players you had to have the little thing you clipped it into so that it would be “normal” sized and would play. Ah, happy days. We were poor, but we were happy.

“William, It Was Really Nothing” – The Smiths

As I sometimes do, I listened to the Smiths playlist that I made for Alecya about 5 years ago to introduce her to a band that I knew she would love. They were good, weren’t they? Mind you, I got an email today from Sting, which confused me somewhat. Well, I say it was from Sting, but on closer examination, it turned out to be from his record company, and had been sent to me because I had previously expressed an interest in the music of Morrissey. Really, is this what it has come to? That people who like Morrissey also like Sting? Shoot me now (although do check out the rest of the chart on the Top of the Pops link above before you do.... amazing) 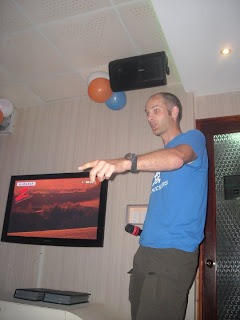 Two of my karaoke specialities: the first from a barnstorming night in Swakopmund, Namibia after I’d been skydiving above where the desert dunes meet the sea, and the second from a memorable night in Ho Chi Minh city, where my version of this classic was the highest scoring song of the night. We were travelling in 2010 and that was a great year but most of it was more than two years ago now. Time flies when you’re at work. Not.

Was Hammer the originator of the current trend amongst the youth for filled-nappy style harem pants? 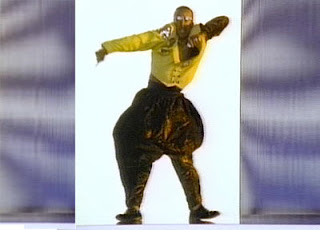 I bet they don’t even know who he is…which is definitely their loss. The man is a veritable genius and this shit never gets old.  This is one song that is welcome in my head anytime.

And that’s your lot. Have a good weekend y’all.