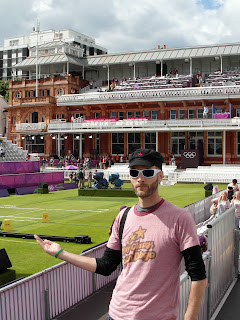 So, I've been at the Olympics.  Unlike some of my friends, I wasn't lucky enough to be at the rowing on Saturday morning to watch 2 British Golds and a Silver AND in the stadium that same evening to watch those three amazing GB Golds.... but I have been to see some really cool stuff and to experience the atmosphere for myself at first hand.

Obviously, this has mainly resulted in lots of photos of me gurning at Olympic events... see exhibit A at the Archery at Lords Cricket Ground above. 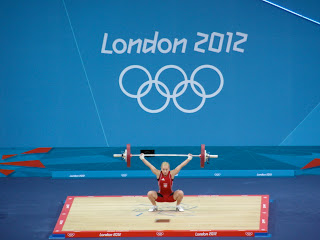 So, we've been busy: six hours of Women's Individual Foil at the ExCel Arena on Saturday morning (absolutely gripping, incidentally); some archery on Sunday morning and then some 53kg women's weightlifting on Sunday afternoon (including a World record by an amazing 19 year old Kazakh); table tennis on Monday; hockey - including the GB ladies 5-3 win against Korea - at the Olympic Park on Tuesday; Badminton on Wednesday morning - the session before the quarter-final games they cancelled and then Volleyball at Earl's Court on Wednesday night.  That wednesday was pretty hard work and meant a 20 hour day, but it was worth it just to be introduced to the concept of the "Bongo Cam".... play some bongo music; superimpose some cartoon bongos on the big screen and then go out into the crowd.  The chinese looked a little baffled, but the Brazilians in the house were all over it.  They knew what to do, alright. 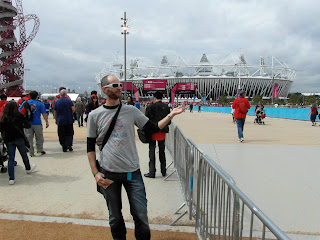 More gurning, this time in front of the Olympic Stadium.  We're back on the Olympic Park for some handball on Tuesday morning, but we're in the stadium itself on Wednesday morning, with some women's Taekwondo on Friday (featuring Sarah Stevenson)....and then that's us done.  Not the glamour sessions, perhaps... but I'm happy that we've done this well.  GB medals are nice - I saw us win lots in Athens - but I just love the Olympic Games full stop, pretty much regardless.  Wherever you look, there are stories that make you want to well up at the drama and endeavour of it all.  I'd never heard of Valentina Vezzali before I went to the fencing, but she was competing in the women's individual foil for her fourth consecutive gold medal.... she won bronze.... but at the grand old age of 38, she's already planning on fighting on to Rio, and won another Olympic gold - her 6th - in the team event a few days later. She's clearly a great Olympian, Italy's equivalent to Steve Redgrave, perhaps, but I'd never even heard of her until I saw her fight on Saturday last week (and actually, did you know that Italy are so dominant in fencing that they have won more than 20% of their entire Olympic medal haul in the sport?  More medals in fencing alone than Spain has won full stop!).

The Olympics are a brilliant idea.  Great Britain's men's football team lost on penalties last night in the quarter finals.... and barely anybody cared on a great night for British sport.  As it should be.  The rowers and cyclists and runners slog their guts out for four years with very little reward or public attention, and the contrast with the pampered footballers could barely be more stark. 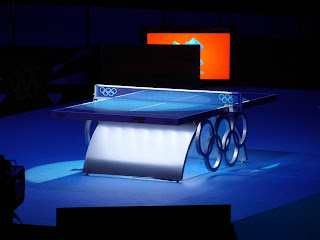 It's been pretty good so far.  Tiring... but good.  Travel in London has been a breeze, people have been superb and the volunteers in particular have been amazing. We've been making a point of talking to them as often as possible. 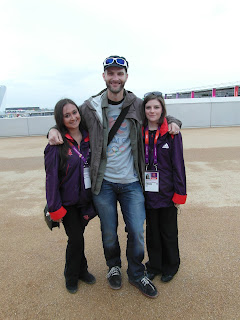 No. It's not what you think!

We talk to volunteers of any gender.....I promise!  (besides, C. has been busy chatting up the soldiers who are manning the security gates... so I'll be sure to get a photo of that for y'all next week).

How are you enjoying the games so far?
Posted by swisslet at 17:32

Email ThisBlogThis!Share to TwitterShare to FacebookShare to Pinterest
Labels: C, friendship, more important than that, sport