the will to fly is in your eyes...

Things I learned at the London 2012 Games last week:

-> Not everyone knows everyone.  C. overheard a couple standing outside the BBC studios in the Olympic Park taking pictures of Beth Tweddle - the tiny bronze medal winning gymnast - as she was being interviewed.  "Who's that?" says one.  "Ah," says the other authoritatively,   "that's one of the GB Show Jumping team".   But you know, that's okay.  54 year old Nick Skelton / 27 year old Beth Tweddle.  Anyone could make that mistake, right?

-> Handball is an amazing spectator sport, but facing the Brazilian media after a surprise defeat to the hitherto under-performing Norwegians is something of an ordeal.  Better luck in Rio, ladies. 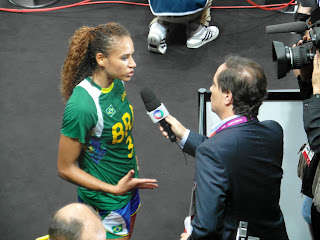 The Norwegians, meanwhile, inspired by their incredible goalkeeper, went on to win the gold medal. 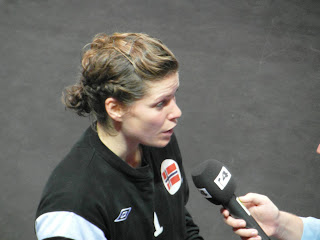 -> Everyone loves a cheerful volunteer in the ladder chair with the big smile, playing the Chariots of Fire theme and doing the Bolt.  Alright, so we were a captive audience as we filed into the park, but he was a legend nonetheless.  They pretty much all were - many in much less glamorous locations than that.  You have to feel for the guys directing people to the ExCel arena next to the fish canning factory.  Man, it stank down there. 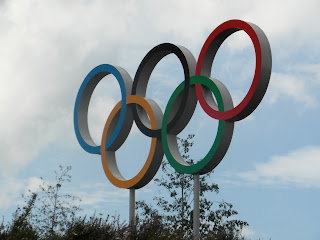 -> Forget G4S, the guys from the armed forces doing the security checks were amazing: good humoured, efficient and a damn fine advert for this country.

-> There aren't many police forces in the world that will - without any prompting - take their hat off and pop it on a passing toddler's head so that the parents can take some photos.

-> The Olympic Stadium rocks.  Even for a morning session. 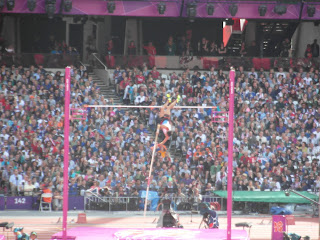 -> The massive standing ovations that the crowd gave the Palestinian athlete who finished more than a lap behind Mo Farah in his qualifying heat for the 5000m but still got a personal best, and to the Saudi lady who ran in the 800m heats in a full hijab and finished comfortably last, show that sometimes winning isn't everything.  For some people, being there at all is a triumph. 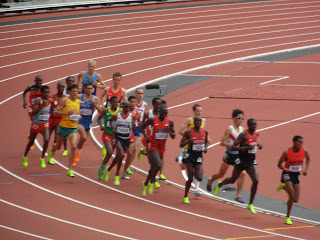 -> Taekwondo is a gripping sport, but the demonstration before the start of the competition - all flying jumps and wood smashing kicks - showed that they haven't yet found a formula that captures the dynamism and grace of the martial art into a sport.  Also, being picked to represent your country in preference to the world number one puts tends to rob an athlete of his sense of humour.  Massive props to Lutalo Muhammad for coming through that pressure and battling to a well-deserved bronze medal. 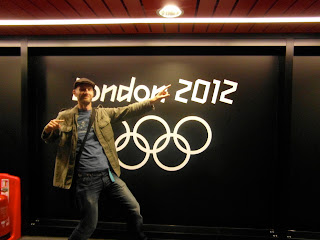 -> Usain Bolt is quick, alright, but he needs to have a close look at Muhammed Ali's life before he starts comparing himself as a legend.  It ain't just about the sport, kid.

-> I'm in pieces almost every time I see a clip that's even vaguely emotional: those skullers who didn't even realise or really believe that they had won; the judoka offering up a thought to her recently deceased mother after winning a medal.... hell, I've spent most of the last 16 days welling up more or less at the first sound of any vaguely emotional instrumental soundtracking a montage.  It's how we know we're human, right?

-> I miss the Olympics now they're gone... even if the closing ceremony showed just how good the opening ceremony really was.

-> David Cameron's attempts to gain political currency out of the Games are pathetically embarrassing. 40 minutes after this picture was taken, he was in a suit and at a function trying to squeeze money out of millionaire retailers.  Yes.... my wife was there.  Srsly though, Call Me Dave, that's lame... even for you.  Well, it could be worse... you could be dad dancing to the Spice Girls.  Oh.... 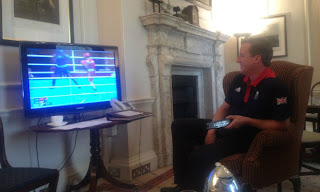 -> gurning really never does get boring 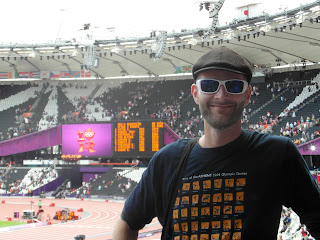 What am I going to do until the Paralympics? It's been marvellous and I've had a great Olympics.  Rio 2016, perhaps?  Shall we?
Posted by swisslet at 22:12