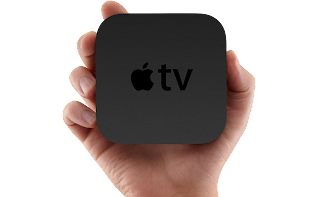 I'm the kind of guy who still buys CDs.  We had a shelving unit built into the man cave a few weeks ago pretty much for the sole purpose of enabling me to put all my CDs in one place.  I still have a 160Gb "classic" iPod that I carry around with every single thing I've ever ripped still on it (bar the odd thing I deleted back in the days when I only had an 80Gb hard drive, if you can imagine that).

I see HMV is going to the wall.  It seems that people aren't buying CDs or DVDs on the high street anymore.  You'd imagine, as someone who still buys CDs and DVDs, that I might be slightly sad about this.  Not a bit of it.  I used to work for HMV, remember, and this day has been coming for a long time.

I worked there back in 1996/7, on the shop floor in York.  Even then, the world wide web was already a thing.  I built my own website as a student, for goodness sake, and very dull it was too.  But I built one.  I'd used usenet usegroups as an undergraduate around 1994, but a mere couple of years later the technology had already moved on in leaps and bounds.  HMV, it seemed to me, were completely uninterested.  Worse than that, they were entirely complacent; they thought they had it made and that people would always be buying their music from them.

By 1999, I think that HMV had finally pulled themselves together enough to have some kind of transactional website.... but they chose to use it to offer CDs and other products at their full catalogue prices: a CD that you might be able to buy instore for £11.99 was listed on their website at £17.99 or worse.  Given that Amazon was already up and running and selling pretty much exactly the same product for less than a tenner, that was insult pricing.  The result?  I slowly but surely stopped shopping at HMV and started shopping for my CDs and DVDs online.  HMV simply didn't deserve my business.

The iPod came along soon enough, and before long I was ripping my CDs into MP3s and wondering how we had ever managed without this marvellous device.  I was an early enough adopter that Apple hadn't yet built a version of iTunes for the PC, so it wasn't until a little later that I actually downloaded my first song.  "Vertigo" by U2 in 2004.  I've bought individual songs online fairly steadily since then, but until recently, call me old-fashioned, but I've largely continued to buy the physical album.

I bought an Apple TV at the weekend, and it made me realise that my whole approach to the consumption of media is changing really quickly.  C. travels a lot, so I bought her an iPad mini for Christmas: it's small enough to slip easily into her bag, and I thought it would be a nice way of allowing her to fill those empty hours in airport and hotels by watching those TV programmes she's never got round to.  She's long wanted to watch "Mad Men", so I thought I'd buy season 1 and load it onto her iPad before giving it to her.  I nearly bought the DVD boxset, but then the thought of having to rip it and load it made me realise that just downloading it from the Apple Store would be so much easier would cost me only a little over a tenner.  So I did that.  It was the first TV programme that I have paid to own purely in digital form.

It was all incredibly easy, but it does take up a lot of space.... the season of a dozen episodes in HD sucks up the best part of 20Gb.  I've been toying with the idea of the Complete West Wing, but at around 150 episodes, I just don't have the storage space.  My current hard drive is 320GB.  I need a new laptop, but even then the storage space is only likely to be 712Gb.  Big, but hardly massive.... I've tried running iTunes on a separate drive, but it was a faff and it didn't work as well. The next generation of laptops, incidentally, don't even bother with a built-in optical drive.  Get the hint, right?

Apple know all this, of course.  So you know what they've done?  They've changed the Apple Store so that anything you have bought from them will be stored online and you can download it to your devices as and when you want them (Amazon store your purchases online too and allow you to stream and download as required).  This means that instead of keeping all those episodes of the West Wing on my hard drive, I could store them online and download them to my individual devices as I wanted to watch them.  With an Apple TV, that would also mean I could stream them in full 1080HD down to the TV in my front room instantly.  How cool is that?  More importantly, how convenient is that?

The only drawback, of course, is that I will have sacrificed control of the media I own for that convenience.  If Apple or the studio decide to change or withdraw that content, as I don't have copies of my own, there's very little I can do about it.  You know what.... I think I'm coming round to a point where I'm comfortable with that and where that's a trade-off I might just be prepared to make.   The convenience is king (and it was actually C's idea to get the Apple TV as she liked the idea of watching those Mad Men episodes on the bigger screen from time-to-time too, not to mention the film rentals.  It was only £99, but of course, it sucks you into buying your content exclusively through Apple).

So where does this leave HMV?  They're screwed.  I don't feel any pity for them as they have failed to adapt and they have long since played their customers for fools.  They're not the first business to collapse in this new world, and they sure won't be the last.  As I was watching my first film rented in full HD on my Apple TV the other day, it occurred to me that, in a world where you can stream and watch full series almost the moment they are broadcast, you can rent films instantly as soon as they come out and where you can even watch TV programmes on demand through your internet connected telly... how long before providers like Sky and Virgin start to feel the pinch too?  Why would I subscribe to Sky Atlantic if I can download the shows I want to watch for a couple of quid a time and watch them on any or all of my devices?  Goodness knows why I would bother walking over to Blockbuster to rent a film.....

Apple are rumoured to be about to launch a television of their own, and I imagine once they do so, Panasonic, Samsung, LG and all the other manufacturers will be crapping their pants and even more people will find themselves tied into a world where Apple are providing their hardware, software and all of the media that they consume on it.  I'm not sure I'm entirely comfortable with that, but as a relatively long-term user of Apple products, I can't deny that they are easy to use, convenient and increasingly the way that I turn when I want to be entertained because time is precious (although, to be fair, I don't brainlessly buy music from Apple: I price check with Amazon, too... and if I could, I'd buy directly from the artists themselves, as I did with Martin Rossiter's last album).

I still buy physical copies of some CDs and DVDs, but for how much longer?

(Incidentally.... I understand how a wifi enabled device connected to my Apple Store ID is able to buy and download movies and things, but how on earth can it also access my iTunes library on my laptop and let me use my iPad as a remote control?  That's witchcraft, that is.  Cool magic... but definitely black magic.)
Posted by swisslet at 19:44