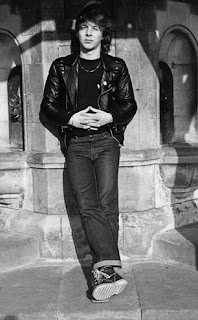 I was sorry to hear the news today that Clive Burr had died, aged just 56.  Burr was the original drummer with Iron Maiden, playing on their first three albums.  "The Number of the Beast" was one of the very first albums that I bought for myself with my own money and was certainly the first one that really represented the way my music taste was going. 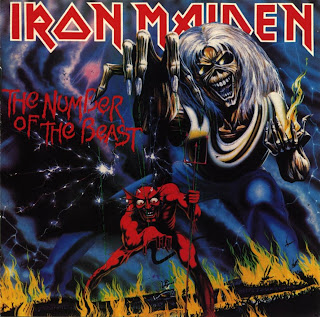 I initially bought it - on cassette - because I really liked the cover and without any real idea what the band sounded like.  Little did I know that it would prove to be one of the most formative records of my adolescence and was the gateway drug that took me into the world of heavy metal.  Even today, when I think my music taste is pretty diverse, I still get a visceral thrill when I hear a good, solid guitar riff.  Clive Burr - with drum kicks like the one you hear on "Running Free" - was a part of that and I have a lot to thank him for.  I'm sorry to hear he's died so young: 56 is no kind of an age.

The other thing that made this news catch my attention was the description of his death.  Here's the BBC, for example:

"Former Iron Maiden drummer Clive Burr has died at the age of 56 after suffering from multiple sclerosis".

I know I've talked about this before, and I know that I'm sensitive to mentions of MS like this... but whenever someone in the public eye with MS dies, they are often described in ways - directly or otherwise - that make it look like it was the MS that killed them.

That's not really how it works, and I think it's lazy journalism to make the link like that.  Apart from anything else, it just casually reinforces people's preconceptions about the condition. MS is not very nice and can cause increasing disability; it also statistically means that you are likely to have a shorter lifespan than average.... but of itself it isn't really likely to kill you.  Instead of taking an opportunity to enlighten people about the condition, even in passing, people are just talking about how Burr finally "succumbed" to his MS.  It's depressing.

That aside, I was quite touched reading some of the tributes to Burr.  Apparently he was diagnosed with primary progressive MS - a particularly nasty and hard-hitting varient of an already unpleasant condition- in the early 90s and was crippled by the financial cost of his treatment.  His old mates from Iron Maiden got together to play a number of benefit gigs for him ("Clive Aid") to help him hang onto his house and to pay his medical bills. 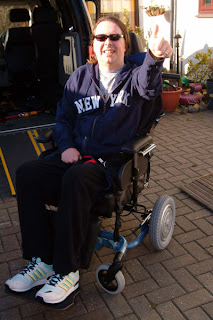 I read this in an interview with Burr from a few years ago:

When the band found out about Clive’s multiple sclerosis they stepped in and helped they best way they knew how – by playing for him. Their help has transformed his life. “They bought me a vehicle...” He pauses. “Meeeeeeeemes, what car is it again?” he shouts. “We call it the Clivemobile. It’s a Volkswagen Caddy with blacked-out windows. It’s like an American gangster’s car. They’ve put concerts on to raise money, not just for me but for other people with MS. They put a stair-lift in our house. Sometimes I’ll go up and down the stairs, looking at the gold and platinum records on the stairwell. Ha ha.” Better than that, and what he appreciates most of all, Mimi says when Clive is out of earshot, is that they involve him. “They say if ever you need anything, just ring, just call,” she says. “Whenever they play in London, Clive knows that he’s only got to pick up the phone and he’s got two of the best tickets in the house. It might not sound like much, but it is to Clive. Finally, to him, it’s like his achievements – who he is and what he did – are being recognised.”

Nice touch.  Horrible disease, but a nice touch by the band.

Sad news.  Burr played a small but vital role in my musical life and I salute his memory for that.  RIP.
Posted by swisslet at 21:47

Email ThisBlogThis!Share to TwitterShare to FacebookShare to Pinterest
Labels: more important than that, music, WTs