there ain't a woman that comes close to you....

Earlier this week, my wife was working in London.  In itself, this isn't all that unusual, but instead of spending her evening studying in her hotel room, she broke the routine by getting dressed up in a posh frock, putting on her posh shoes and taking herself off to watch "The Magic Flute" at the National Opera.  She even treated herself to a glass of champagne. 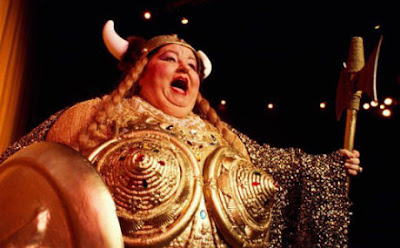 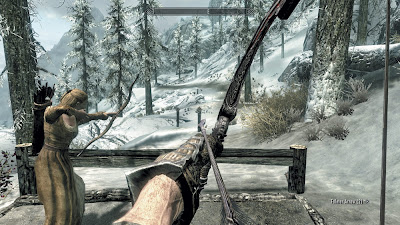 I hobbled my way around a run, iced my knee, put my onesie on and spent my evening in Skyrim levelling up my archery skills being shown how to use a bow by a lady called Angi in a shooting range that I discovered tucked away on the top of a mountain.

So, I think you'll agree, when it comes to the question of who in our household is the most culturally enriched, there's a clear winner..... and as if there wasn't enough evidence stacked up in my favour already, I'm also considering a trip to Download in June to watch Iron Maiden.... a band than many wise judges consider to be the musical prodigies of our time.

Honestly.  Who wants to listen to "ghastly scales and arpeggios, whizzing up and down like fireworks at a fairground" anyway?  And in German?  Ugh.  "Italian is the proper language for opera. All educated people agree on that." *