someone by your side to sing along... 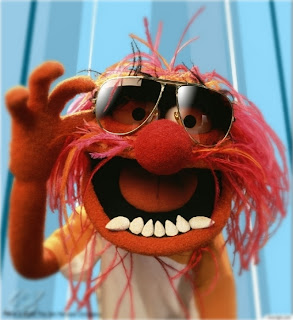 I had a good long phone conversation with my elder brother last night. We get on pretty well, I think, but I wouldn’t exactly say that we were close. In fact, several months often go past between conversations. He forgot my birthday, actually… but I’m old enough now that this isn’t really a big deal, and as he’s got two kids aged 6 and 3, I figure that he’s got other things on his mind and other calls on his time. We’re good. It’s all good.

His reason for calling was that he wanted to thank me for the presents we’d sent down (via Amazon) for his daughter’s sixth birthday the other week.

C. and I are probably the kind of aunt and uncle that you would have hated as a kid. We’re always giving worthy or educational presents, and we’re particularly fond of giving people books. Well, we both loved books when we were kids, and there are some absolute knock-out books you can give kids (I Want My Hat Back by Jon Klassen or The Story of the Little Mole Who Knew It Was None of his Business by Werner Holzwarth and Wolf Erbruch or Hairy McLary from Donaldson’s Dairy by Lynley Dodd), so….

This time around though, I thought I’d do something different and I sent her the DVD of the recent Muppet movie and a CD of the soundtrack. Part of my thinking was that I was pretty sure that my brother and his wife would have to watch this several hundred times over the next few months, so it might as well be something that they can enjoy too. I love that film and the soundtrack is just brilliant. Plus, of course, if the Muppets are a hit, then that’s a pretty rich seam I can mine for birthdays and Christmas for the next few years.

It’s been a hit apparently…. Mum loved it too, I hear. I imagine when we finally arrange our long-promised baby-sitting session with them, we’ll get a chance to watch it too. Well, at that age, life should be a happy song, eh?

Whilst we were talking, I was reminded that I was only seven years old when I was first sent off to boarding school.  Thinking about my niece, I suddenly realised how young that is.  Seven!  I mentioned it to my brother and asked him if he could ever imagine sending his daughter away in the next year or so.  He didn't even need to think about it.  No.  Of course he wouldn't.  I know that my parents only did it with the best of intentions, but can you imagine how hard it must have been to drive away, leaving me at school that first time? 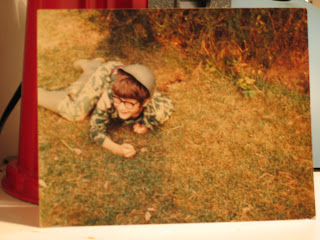 This photo was taken in the same month I started boarding - September 1981.  The past truly is another country.  They do things differently there.
Posted by swisslet at 19:26