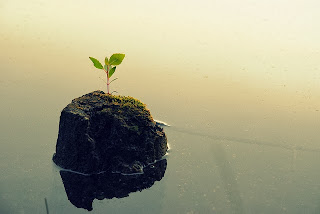 For many years, I have been mostly self-sufficient at work: responsible for my own work but for nobody else's.  The only deadlines I really had to worry about were for my own deliverables, and as I've always been confident in my ability to hit those timescales, I've never been especially worried about building detailed plans or anything like that.

That's all changed.  In my new role, I''ve now taken direct line management for the first time in more than a decade.  Oh, I've done lots of mentoring over that time, both formal and informal, and over the last couple of years I have actually spent a lot of my time working to help other people with their development, but in terms of actually being the person responsible for day-to-day line management, accountable for performance contracts and for representing people at consistency forum... well, that's a whole different ball game, isn't it?

I've now got my own team, four people who report into me.  At some point in January, that's going to grow to perhaps be as big as fourteen people.  I've got a lot to deliver, and because I won't be able to do it by myself, I'm going to have to manage my team so that we can hit all of those deadlines together.

To a large extent, I can blag my own work; I can walk into a meeting and deliver a convincing update about where I am and what I've been doing.  The only person I am maybe selling short when I do that is me.  You can't do this when you manage people.  I learned this when I first managed a team all those years ago: you can't take shortcuts with this stuff and you have a responsibility to do the best you can by these people.  It's time consuming and it can be both very demanding and very rewarding.

Jerry Seinfeld always used to say that the one golden rule of his show was that (unlike on Friends) there should be "no hugging, no learning".  I completely agree, but a couple of months into this new role and working with a new team outside of IT, and I'm afraid to say that I'm already changing: I'm open and I'm honest and I'm supportive and I'm generally in danger of becoming positively cuddly.

You know what?  I'm really looking forward to the challenge.
Posted by swisslet at 19:37

Email ThisBlogThis!Share to TwitterShare to FacebookShare to Pinterest
Labels: my brilliant career, no hugging no learning