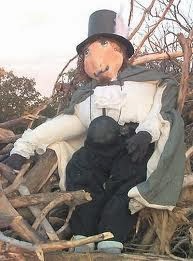 Tomorrow is Bonfire Night.  People keep asking me if I'll be going to a bonfire party this year, and lots of my colleagues seem genuinely excited about the prospect of the charity firework and bonfire party that is taking place at my office on Friday this week (postponed from last Friday because of the Fire Brigade strike, although the pissing rain we had on the night would probably have been its own kind of safety measure...).

The answer is no.  I don't really like fireworks.  I've seen one or two absolutely amazing displays in my life: one organised and the other not so much.  The organised display was on Cocoa Beach in Florida on Independence Day in 1999 and it was quite a sight to behold as they launched volley after volley of fireworks over the ocean.  The rather less organised display was by the people of Amsterdam on New Year's Eve in 1999, where everyone seemed hell-bent on losing their fingers by hand launching fireworks. It was astonishing to watch, and by the end of the night, we were ankle deep in red wadding paper and had to wade our way through it.  Every other display has basically been a bit shit.  Well, you've seen one, you've pretty much seen'em all, haven't you?  I really don't see the big attraction.   And who really thinks it's a good idea to suggest that I stay back at work on a Friday night so I can spend some time with other people's children, some low rent fireworks and some brown van catering? And PAY for the pleasure?  No thanks.

All this bah-humbuggery got me thinking though:  do people still chuck a guy onto their bonfire?  This was a big part of bonfire night when I was a kid, and we used to spend a bit of time at cubs or scouts making our own guy and then, in time-honoured "penny for the guy" fashion, we would take it around trying to raise a bit of money before chucking the whole lot on the bonfire and cheering when it went up in flames.  I didn't think anything much of it as a child, but isn't it a slightly weird and macabre thing to be doing?

Guy Fawkes himself was not actually burned:

The Attorney General Sir Edward Coke told the court that each of the condemned would be drawn backwards to his death, by a horse, his head near the ground. They were to be "put to death halfway between heaven and earth as unworthy of both". Their genitals would be cut off and burnt before their eyes, and their bowels and hearts removed. They would then be decapitated, and the dismembered parts of their bodies displayed so that they might become "prey for the fowls of the air".

As it turned out, Fawkes was able to jump from the gallows and broke his neck in the fall, escaping the rather specific agonies of his sentence.  His remains, however, were still quartered and sent around the country.

Nice, huh?  As if that wasn't bad enough, we burn effigies of him and remember his treason every single year for hundreds of years after his death.  Things got worse for Catholics after the discovery of the Gunpowder Plot in 1604, and by 1613 there was a Bill introduced into the Commons to compel Catholics to wear a red hat, or coloured stockings, like a clown... so they could be recognised and hooted at in the street.  Does that remind you of anything?

So why on Earth are we still casually celebrating this hatred and religious discrimination in this day and age?  Can you imagine if we burned muslim effigies on our bonfires every year instead of Catholic ones?  You know, for kids.... 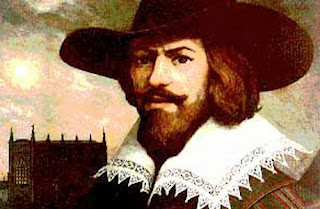 We do still burn a Guy on Bonfire Night, by the way.  In the age of political correctness, that seems to be one tradition that seems to have survived.  The Guardian tells me that Edenbridge in Kent will be burning an effigy of Katie Hopkins.  Last year they burned an effigy of Lance Armstrong.  I'm assuming that being burned alive isn't very pleasant, so if burning an effigy of a long dead plotter is bad enough, what on earth are we to make of the burning of effigies of people who are still alive?  Even if that's a joke, it's in pretty poor taste. 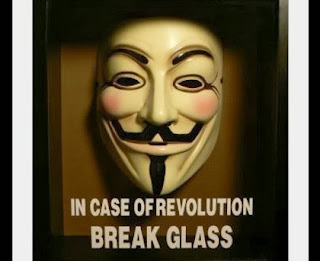 Of course, thanks in large part to Alan Moore, Guy Fawkes is enjoying something of a global resurgence as the face of rebellion and disobedience against controlling governments.

I'm not sure it's quite what he had in mind when he was discovered loading those twenty barrels of gunpowder into the cellars beneath the Houses of Parliament, but it's probably an improvement on being remembered simply as a Catholic traitor who must symbolically pay for his crimes year after year after year.

Enjoy your fireworks.
Posted by swisslet at 22:26

Email ThisBlogThis!Share to TwitterShare to FacebookShare to Pinterest
Labels: compliments of the season, history and stuff, work