Do you remember back in the day when the purpose of a weblog was to share links to other interesting websites?  Yeah?  Well, tonight we're going to go old school.  So let's get the atmosphere all 2004: how about a playlist?  "Milkshake" by Kelis, "Hey Ya!" by Outkast, "These Words" by Natasha Bedingfield, maybe? "Mad World" by Gary Jules? "All This Time" by Michelle MacManus? "F*ck It (I Don't Want You Back)" by Eamon?

I bought my first iPod sometime around here and downloaded my first song too.  Good times.

Anyway.  Nostalgia ain't what it used to be.  Where are those links? 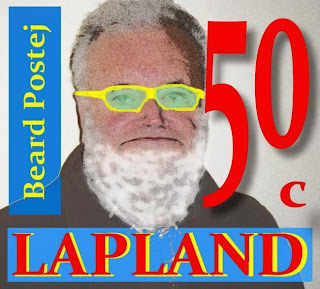 The first is to the story of a self-proclaimed ‘anarchist philatelist', Angus McDonagh. Angus is a 64 year old man from Somerset who started making his own stamps, all featuring his own image and a number of made up currencies, and then using them to send letter as far afield as Australia.  Apparently, after sending more than 100 letters using these stamps, only one was ever returned as not being legal (which seems astonishing when you look at some of the rather outlandish designs).  He says that he used to send cheques to the Royal Mail to compensate them for lost revenue, but they were never cashed.  Don't look too far down into the comments (and I deliberately ignored the link to the Daily Mail story on the subject)... you don't have to get too far before the first rather self-important "but other people are having to pay for this man's stupidity" remarks.  Better to instead focus on the off-beam creativity that led to the idea in the first place.  You can buy a book that documents all of the stamps, if you like.

The second story is, in its own way, even more remarkable.  This is the story of the strange old man from Kyjov in the Czech Republic who made his own cameras out of cardboard tubes, dressmaker's elastic and lenses he had ground himself from plastic discs using toothpaste. 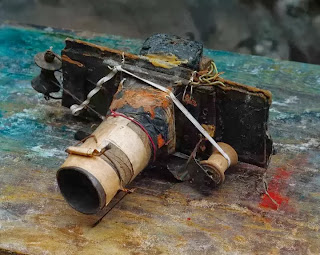 Apparently, he would wander around his hometown taking mostly surreptitious pictures of women.  He was a well known figure about town, and perhaps because of his tramp-like appearance and the cobbled together nature of his equipment, no one really took him seriously and lots of people humoured him as he pointed his cardboard tubes at them to 'take a picture'.  Turns out he was quite good. 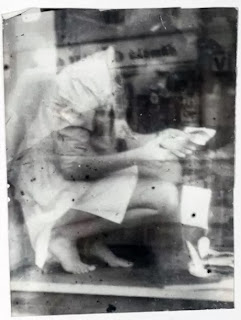 In a way his pictures are a bit creepy: lots are taken of women at the local bathing pool, some taken through a wire fence and many with their subject presumably completely unaware.  Some of the photos are extraordinary, though, and Miroslav Tichý has won awards and been exhibited in places like Zurich, Seville and Paris. The photos are blotched and gritty from dust in the camera and imperfections in the developing process, but they are also very striking. 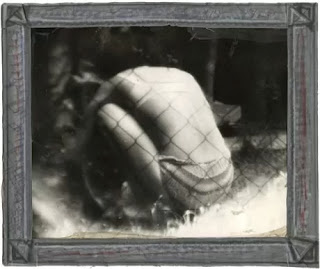 Director Radek Horacek of the Brno House of Art, which held an exhibition of Tichý's photographs in 2006, describes them thus:

"They are all very careful observations of women from Kyjov and of everyday trivial activities. But soon you realize that these trivial situations such as someone sitting on a bench, women waiting for a bus, someone taking a T-shirt off at a swimming pool, are somehow extraordinary. Tichy managed to give this banality a feeling of exceptionality and rarity. Just part of a female body in his pictures can look very esoteric. There are so many magazines that offer much more nudity than Tichy but his photographs are different. A woman's tights between a knee and a skirt or a swimming costume in his pictures look somehow mysterious" 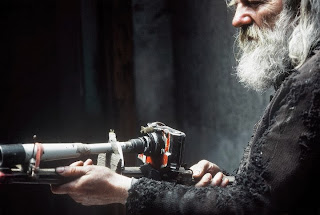 Tichý himself described his primitive methods more simply: "First of all, you have to have a bad camera", and, "If you want to be famous, you must do something more badly than anybody in the entire world."