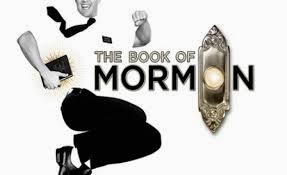 My stage career isn't very long or distinguished.  Over the years, I have appeared in a number of plays in a variety of minor roles.  Only once have I appeared in anything close to a leading role, and I like to think that my performance as Thomas Stanley, the puritan former vicar in the Roses of Eyam is still talked about by some of the tens of people who came to see it..... who can't relate to a man who refused to comply with the terms of the 1662 Act of Uniformity?

Most of my roles have been in musicals, which is somewhat ironic as I really don't like them very much at all.  I have been a stoat in Wind in the Willows, The Reverend John Witherspoon (another vicar?  typecasting!) in 1776, a workhouse boy and an old lady (seriously) in Oliver!,  a slave in Joseph and the Technicolour Dreamcoat.... for that last one, I appeared onstage wearing nothing but a loincloth.  Such is my dedication to my art.  I used to be a chorister, so sometimes I would also be given something to sing.  Although, for reasons that will be immediately apparent to anyone who has seen me in action, I've never really been asked to do any kind of dancing.

Singing and dancing.  That's what musicals are all about, innit?  Yeah.  I don't really like them.  Every time I'm in London, I marvel at the sheer volume of the bloody things and often - with "We Will Rock You" being the prime culprit - at their complete and utter creative bankruptcy.  I'm sure some of these shows are excellent, but why do people pay good money to watch people doing shit cover versions of famous songs with a crappy, contrived storyline tacked on?   Quick!  We must sail across the seven seas of Rye! [cue music].

Anyway.  C. gave me tickets to go and watch "The Book of Mormon" for Christmas, and so this weekend, we went down to the big city and took in a show.  We nearly saw this on Broadway when we were in New York in 2011 and they were doing previews, but it turned out that their day off was the day we could have gone, so I've had to wait.  It opened in London a few months ago, but has remained the hot ticket in town and I was pleased to get a chance to check it out.

I don't like musicals, but if I was going to like a musical, then one written by the guys behind South Park that has Mormonism as it's central theme was always likely to have a fighting chance....

I'm sure you know the story of the Mormons: Joseph Smith, Moroni and the Golden Plates that must not be shown to anyone else under any circumstances?  Yeah.  Ridiculous, right?  The musical takes this religion, with its earnest American missionaries, and it transplants it into war-torn and AIDS-riven Uganda where people have rather more to worry about than something as cheerfully ridiculous as this.

It's very, very funny.  Within fifteen minutes of the start of the show, we have a gloriously blasphemous song called Hasa Diga Eebowai (a kind of profane parody of "Hakuna Matata".  Disney's Africa this is definitely not) and the show is off and running.  If you've watched South Park, then I'm sure you'll have a decent idea of what to expect, and it delivers in spades.  Hats off to the bright spark in the audience I overheard in the interval explaining to his girlfriend that you could really see the influence of South Park on the musical.  Erm.  Yes.  You noticed that Jesus Christ spoke with the voice of Cartman, right?  That wasn't an accident....

Two things about the show really surprised me:

1) Mormonism comes out of this surprisingly well: they seem like earnest people with a daft set of beliefs who are really only guilty of naivety and of wanting to be nice to other people.  It's a ridiculous story, for sure: golden plates that no one else must ever see under any circumstances? lost tribes of Israel in America?  Jesus Christ visiting them between his crucifixion and his resurrection?  Cattle, sheep and horses in pre-Columbian America?  God changing his mind about the "stain of Cain" on black people in 1978? Nonsense.  Manifestly ridiculous.  But on the other hand, it's not any more stupid than any other religion, is it?  It's just a lot more recent.  They're all nonsense. We can all agree on that, right?  No one who believes in any kind of mystical sky fairy can really laugh too hard at the Mormons.  Why is Joseph Smith's story any harder to believe than what you read in the Bible?

2) Mormons are bulletproof: they actually advertise their religion in the programme for the show.  It's impossible not to admire that, isn't it?  Even if only a little bit.  I'm almost tempted to ask them to send me a copy of the book (which the musical describes as the Return of the Jedi of the Bible trilogy....).  I'm hardly likely to convert, but I am curious.

It's a good show.  How can you not love a show with a leitmotif of a guy singing "I have maggots in my scrotum"?  Scatalogical sacrilege?  Yes please.  I'm pretty sure "We Will Rock You" would be improved by some of that.