gonna take some time to do the things we never had.....

This afternoon at work, there was quite a commotion outside the main reception.  About sixty of my colleagues were leaving to go on a sponsored walk up Mount Kilimanjaro to raise money for Macmillan Cancer Support, our company's charity partner.  It's a great charity, and the event has been in the pipeline for more than a year.  Between the sixty of them, they have so far raised in excess of £300, 000 to help the charity to support people with cancer and their families.  This is clearly a very good thing.  Yes, we get a bit of positive brand association and some good publicity, but that is a lot of money and is clearly not to be sniffed at.

I was about to interview someone, so I wasn't able to join the throng and wish the guys I know who are taking part a bon voyage, but as I stood there looking at them all standing in their matching Team Kilimanjaro fleeces, I'm afraid that I had mixed feelings about the whole affair.

In September of 2011, we were lucky enough to spend a couple of weeks travelling through Kenya and Tanzania.  We got onto a truck in Nairobi and worked our way down to Zanzibar from there, via the Ngorongoro Crater and the Serengeti.  We stayed mostly in tents, and the whole thing was a wonderful experience.

When we arrived in Nairobi airport though, something really struck me: it was full of white people wearing corporate branded t-shirts trumpeting their trip up Kilimanjaro.  There were hundreds of them.  It seems that it's quite the thing to do.  Kilimanjaro is high enough a mountain to be challenging, whilst also being something you can go up in your walking boots.  It's also exotic enough to be interesting, but also pretty accessible via a major international airport.  It's an achievable goal.

We met our friend Jane on our previous trip to Africa in 2010, and after she left us at Victoria Falls, she was making her way up to Tanzania to climb the mountain.  She had fun, but it was a lot tougher than she thought, and she really struggled with altitude sickness on the last couple of days.  She only knows that she made it to the top because she's seen the photos.  Apparently she was babbling (to be honest, I'm not sure how they spotted that was different to normal).  I'm sure it's fun, but it's never really appealed to me, to be honest.  Africa is a wonderful continent and there are so many other things to do and to see.

On our trip to Tanzania, we actually camped at the foot of the mountain. We didn't climb, and actually we didn't even see the damn thing because it was completely wreathed in clouds.  It might not even be there for all I know, and you certainly can't see it from the Serengeti, whatever Toto might tell you.....

What we did do, however, was to spend a few hours at an orphanage at the base of the mountain supported by Intrepid, the company running our tour. We'd taken pens and pencils and exercise books to give to the kids and we were shown around the whole operation.  Best of all, we played a game of football out the back with the kids themselves.  They were all wearing various European football shirts, with the star player wearing a Watford strip, and of course, they handed our arses to us on a plate.  It was humbling and interesting to see how the orphanage operated and what a great job they did with such little resources.  Embarrassed by our relative riches, we were more than happy to leave them with a donation and the idea that, should I ever win the lottery, then spending my time helping out in a place like this would surely be a much more worthwhile way to spend my life. 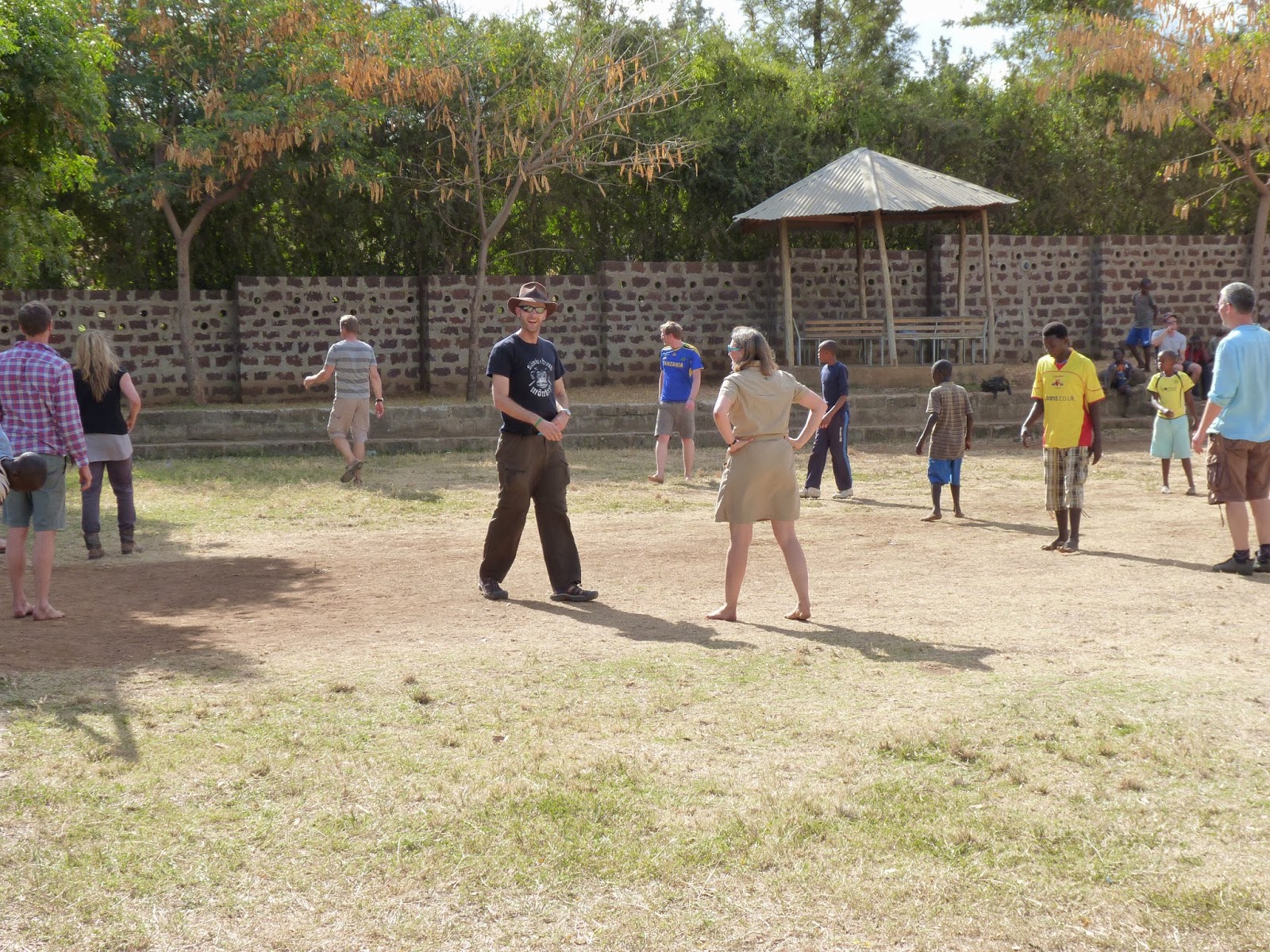 On the way back through Nairobi airport to Europe, we saw even more white people in their corporate branded "Climb Kili" t-shirts.  When we'd gone on the short walk up the side of the mountain facing Kilimanjaro to get that non-existent view and to camp, our guides told us that the people who climb Kili generally fly into Nairobi, get private transport to the mountain, climb the mountain, come down and then get private transport back to the airport and fly home again.  Their contribution to the local economy is almost non-existent and they have no time at all to look at the culture around them.  To be honest, that mountain may as well be in England.  That makes me sad.

I'm not trying to claim any worthier-than-thou points here, and I know that the money raised by these guys will be put to really good use by Macmillan (although, who paid for those team fleeces? Did that come out of the sponsorship?).  I also sincerely hope that they all have the time of their lives.  Hell, I sponsored a couple of them.....  I just hope that they take the time to look around them and see the wonderful, vibrant country that will be right under their noses and leave a mark other than their footprints on the mountain and the rubbish they leave behind.
Posted by swisslet at 20:51