I was interested to see a story in the paper this morning outlining how researchers have discovered that exercise can alleviate the symptoms of fatigue in MS sufferers.

"Multiple sclerosis sufferers can reduce the fatigue that accompanies their condition by undertaking short bursts of moderately intense exercise, such as walking or cycling, according to new research. Participating in such activities even for a few minutes boosted their quality of life and reduced their extreme tiredness, patients reported in a trial of 120 people with MS living in Sheffield. For 12 weeks, 60 of the 120 participants undertook five bursts of three minutes of exercises, either in a gym or at home, with two-minutes rests in between. As the trial progressed, they were encouraged to increase the busts to four minutes or take shorter rest breaks. The other 60 received standard NHS care for their condition, which did not include exercise.

Those who had done the physical activity had "significantly lower" levels of fatigue than those who had not. They also reported "long-term improvements in emotional wellbeing, social function and overall quality of life", which lasted for up to nine months, according to the MS Society, which funded the study. The exercise regime was also more cost-effective than normal NHS care.

The charity believes exercise could help the UK's 100,000 or so MS patients.

"Fatigue in MS is an incredibly common but troubling symptom that can hugely affect an individual's quality of life. For many people with MS this programme could be a cost-effective treatment option", said Ed Holloway, its head of care and services research".

This isn't really news to me, to be honest... but I suppose it's nice to see the research confirming what I already know but can't really explain.  It is counterintuitive to say that going out for a run often helps me shake off deep-seated fatigue, but that's consistently been true for me and is one of the reasons why I drive myself so hard. 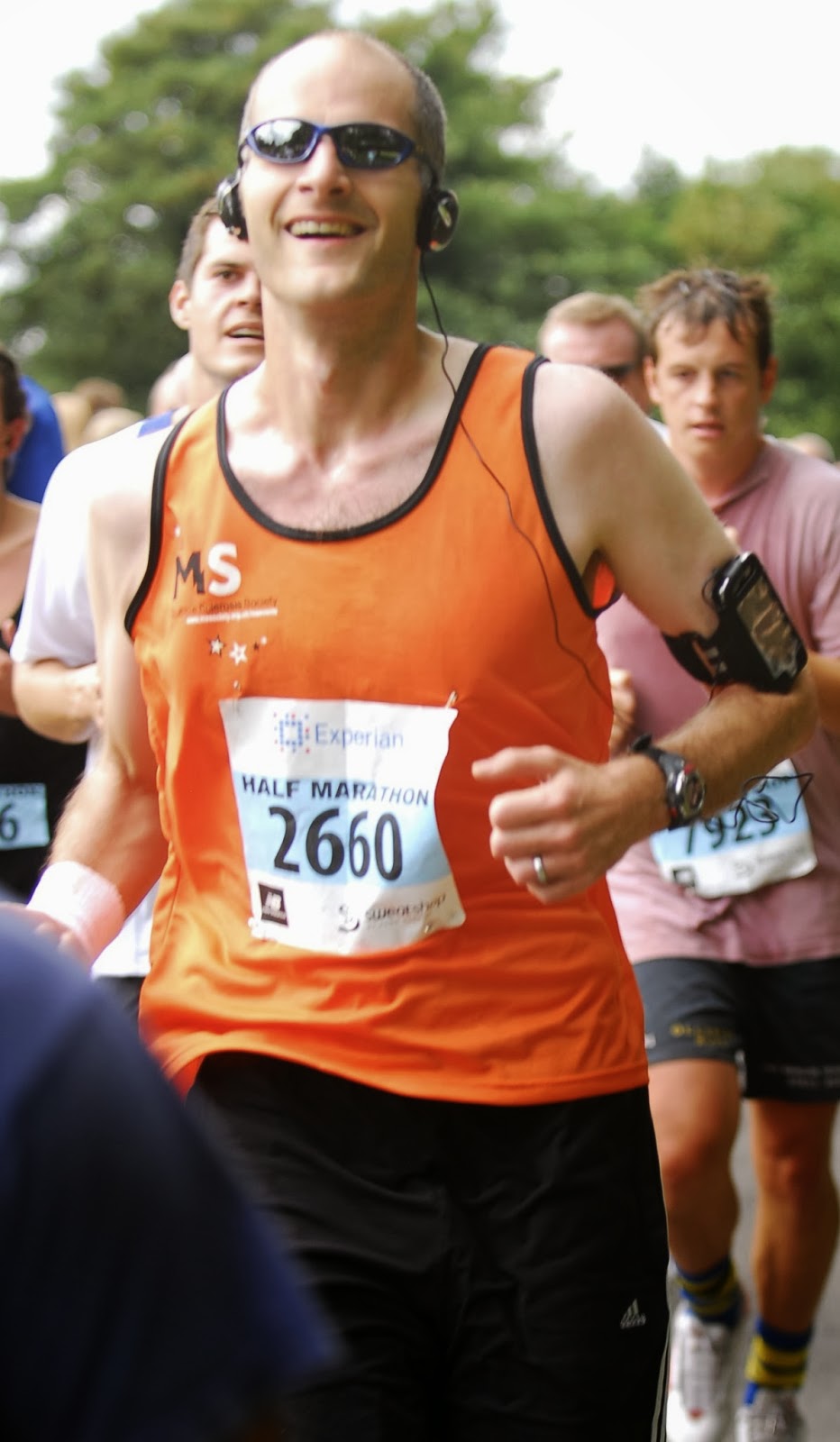 Even putting aside fatigue, there are plenty of other good reasons for someone with MS to keep exercising as much as they can.  Only yesterday, I was talking about how I'm working to keep my ankle and hips flexible and to improve my balance so that I can keep running.  I don't know why MS causes a loss of mobility like this, but if I can slow this down for as long as possible, then why wouldn't I want to do that?  Apparently this sort of mobility exercise (and things like Yoga and Tai Chi) can also really help with muscle spasms - another common MS symptom.  Even before my diagnosis, when it was clear that I was starting to suffer from muscle wastage across my arms and shoulders, it seemed blindingly obvious to me that I should do as much exercise as possible to slow that process down - in my case, swimming.  After all, how much harder was it likely to be trying to get back a muscle that's already wasted as opposed to exercising now to try and restrict that wastage?  It's also long established that depression symptoms can improve with aerobic exercise, and bladder problems can be alleviated with pelvic floor exercises.

Yeah, so exercise seems like a pretty good thing to be doing.  Apparently that's now official.

Dammit.  I knew I should have written a book about this.  Now *everybody* knows.

This older article in the Guardian is also worth a read.  As the lady says:

"I really worked myself at last night's class, and today every muscle in my body hurts," she says. "But I'm so used to living with pain, it's kind of nice to know that for once, things are hurting for a good reason."

I know that feeling. Give me a good, honest, hard-earned fatigue any day of the week.
Posted by swisslet at 20:06