I hear my needle hit the groove.... 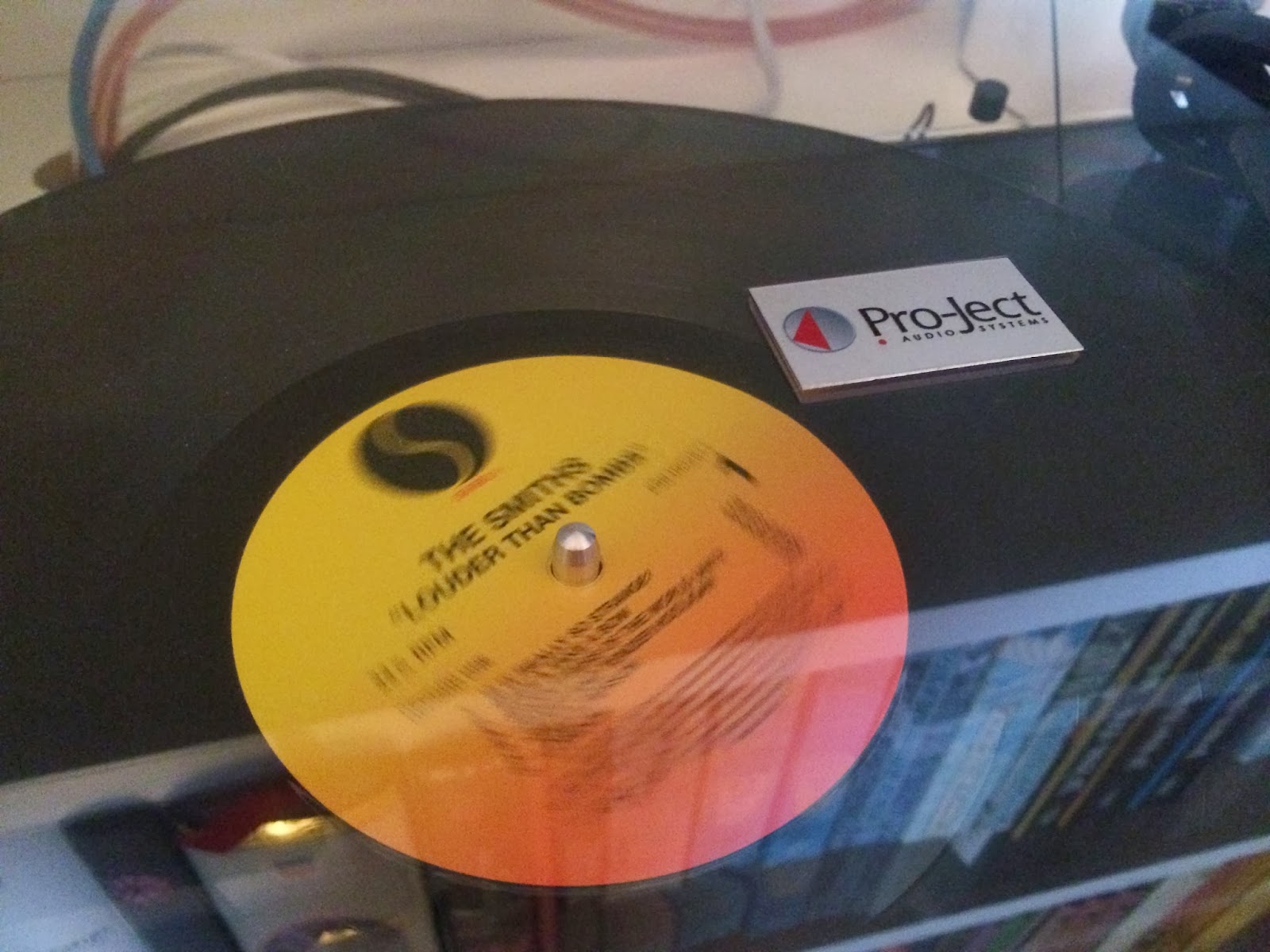 I'm nearly forty years old and I've just bought my first ever record player.  Perhaps that seems remarkable, especially for someone who likes music as much as I do, but that's just the way things worked out.

Neither of my parents really listen to music, and I didn't grow up in a house filled with their records from the sixties.  By the time I started listening to music, I had a little radio cassette deck, and it was only natural that the first albums I had were in that format.  I got my first CD player in about 1988, and from that day on, almost everything I've bought has been on compact disc.  Oh sure, with the arrival of the iPod I started to download things, but more often than not I was also buying a copy on CD.  I can remember going to record fairs at the Birmingham NEC when I was a student at Warwick University, but I was on the hunt for Smiths albums on CD - they hadn't yet been re-released by Warners and were quite hard to get hold of.  My copy of Hatful of Hollow was a French import, if memory serves me correctly, and I was very pleased to have found it.  I didn't look at any of the thousands of boxes of records at all.

Records just didn't come into it: it was an old, inconvenient format that had never been especially relevant to me.

....but recently, something changed.  I already know that MP3s are pretty far from being the perfect way to listen to music.  iTunes is connected to my proper stereo at home, and out of idle curiosity, and because I had the CD to hand, I did a side by side comparison of the two formats.  The difference astounded me: CD is not famously a warm listening experience, but the sheer extent of the difference in quality really spelled out quite how much quality is lost in the compression.  It's convenient though, isn't it?  To carry your music around in your pocket and to listen to anything wherever you happen to be.  I found myself increasingly listening to the same playlists over and over again, and only really listening to albums when I was sat in my chair at home and could stream them through my good speakers.  Music was becoming disposable to me; something that I played in the background as I did other things.

That realisation didn't make me feel happy, and I idly started to wonder if I might get myself into vinyl: the quality of the records is much better now, on the whole, than it used to be back in the day.  In addition, most LPs now came with free MP3 files too, making the whole thing seem a lot more accessible. 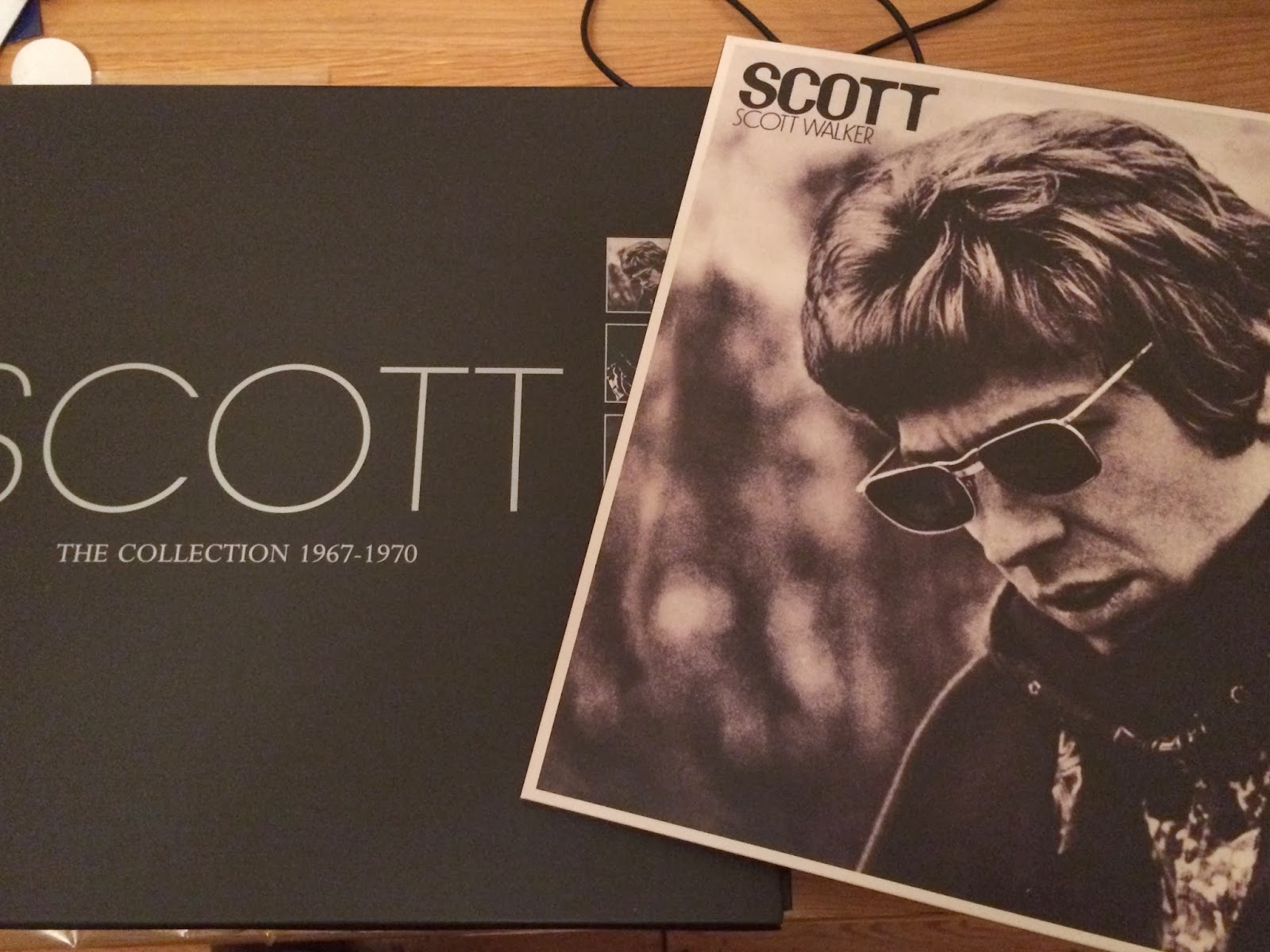 I didn't initially do anything about this impulse... but then my boss gave me a copy of Louder than Bombs by the Smiths on 180g vinyl for Christmas.  Well, that forced my hand somewhat, and before long I was researching record players.  Then I bought a record player.  Never having owned or really used a record player, it was something of a delightful voyage of discovery learning about setting the counterweight, applying the appropriate downforce and hooking the little anti-skid weight on in the right place.  You don't get this with a CD player, do you?  Goodness me; no wonder obsessives love this format.  I never even knew that my amplifier had a little thing on it for hooking the little widget on with the input cables.  Anti-static or something?  Who knows? 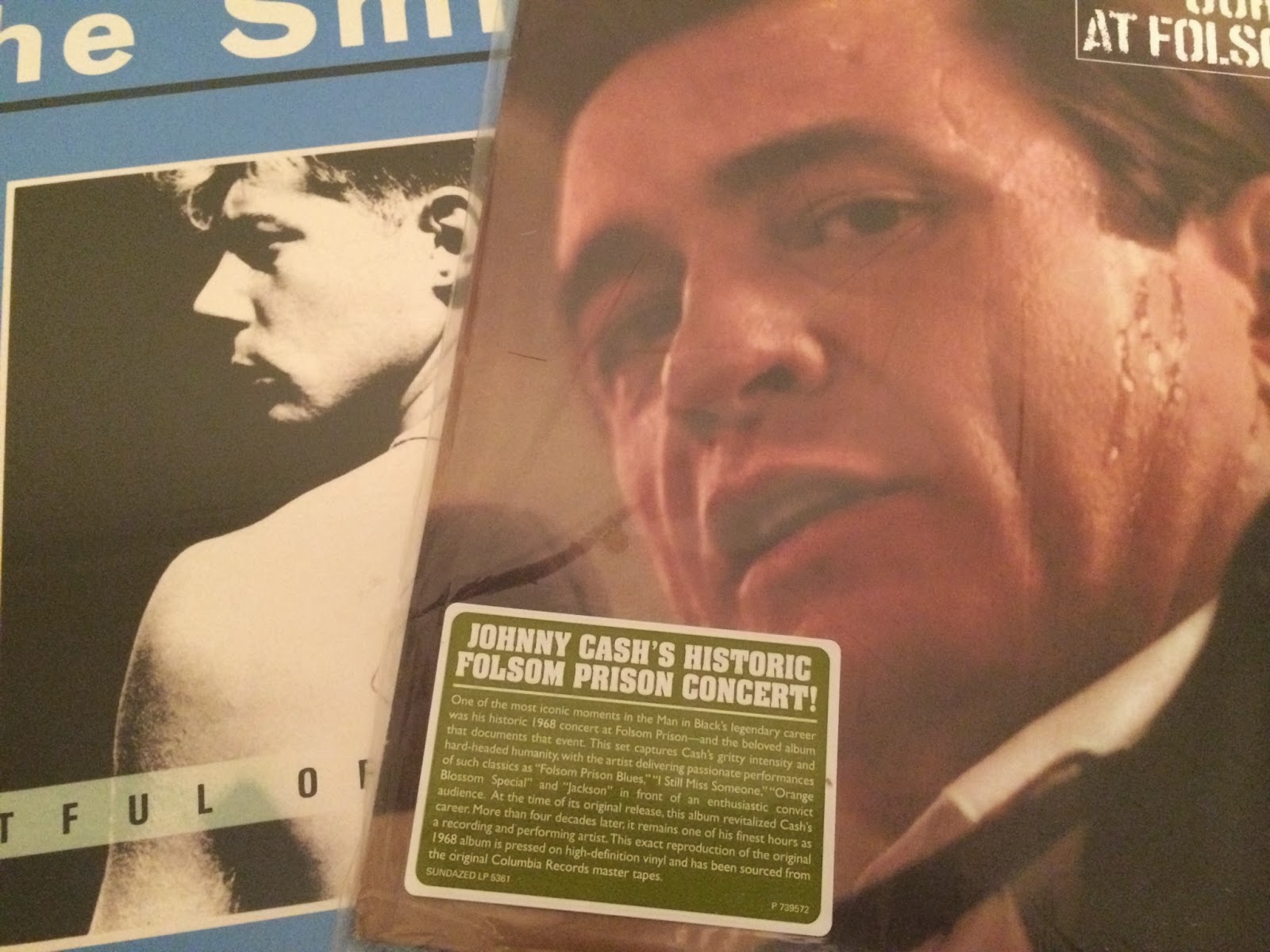 It all seems to work okay, and that's the most important thing.  I already love the ritual of putting a record onto the deck, putting the needle onto the vinyl and hearing the familiar pop and crackle as it starts to play.  The fact that you need to pay close enough attention to turn the record over every twenty minutes or so means that you are that much more involved in the music.  That was pretty much exactly what I was looking for.  I'm also quite taken with the record sleeves.  I know that all of you already know this, but it makes a MASSIVE difference looking at the pictures and the sleeve notes in a format somewhat bigger than the average CD booklet (never mind an MP3 download).

My record collection is small but growing.  My plan is to only buy things that I really, really love or things that I don't already have.  I've added Hatful of Hollow to Louder than Bombs; I picked up copies of The Velvet Underground & Nico and Johnny Cash Live in San Quentin whilst in New York.  I have lots of Johnny Cash already, but I don't own those albums in any format and they sound brilliant.  My absolute favourite purchase so far is the box set of Scott Walker albums from 1967-1970 (Scott, Scott 2, Scott 3, Scott 4 and Til The Band Comes In).  They look absolutely magnificent in this format in a way that the CD copies I have never will.

I'm hardly the first person to discover the joys of vinyl, but better late than never.  Besides, a man should have a hobby, right?
Posted by swisslet at 21:05

Email ThisBlogThis!Share to TwitterShare to FacebookShare to Pinterest
Labels: music, records and all that shizzle