these streets will make you feel brand new.... 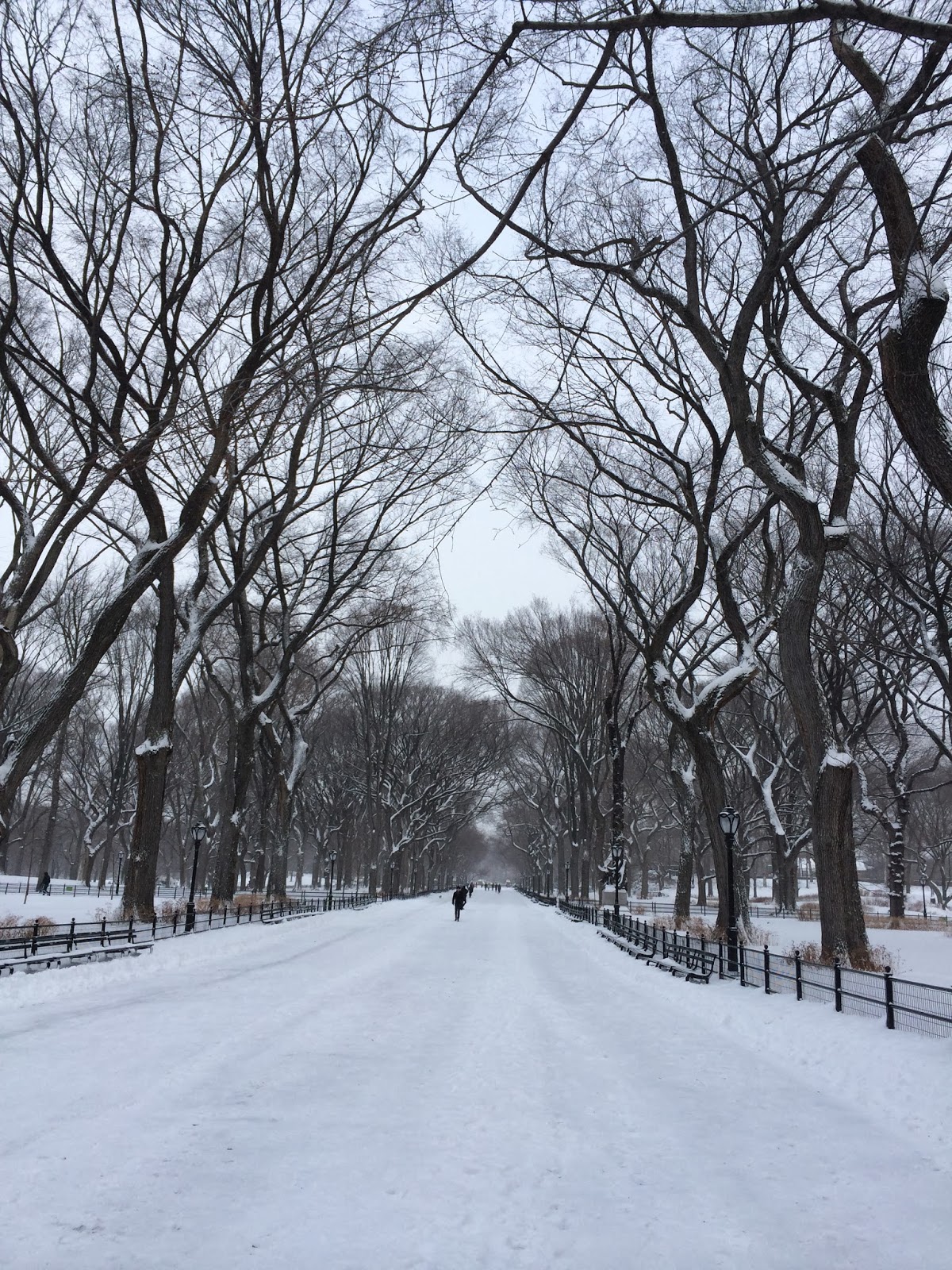 I've been to New York several times before: with work, as a tourist and to visit friends.... but I'd never seen it snow here before.  It was beautiful.  We flew out on New Year's Day and it snowed the very next day.  About six inches fell in the city, and the temperatures dropped to something below -20C plus windchill (and boy, when the wind whips down the cross-streets off the rivers, the wind in New York really does chill).  As the new mayor, Bill de Blasio said as he declared a state of emergency across the city, it was "deceptively cold".  No kidding.

Still, it was okay if you wrapped up warm and weren't in a hurry.... we got up pretty early on the Friday  (thanks jetlag!) and got out to Central Park by about 8am before it was overrun by the sledgers.  It was lovely.

The city came to life slowly that morning, but it definitely didn't grind to a halt.  The streets were mostly pretty clear - the law says it's the responsibility of every building to clear the sidewalk in front of them, and fearing litigation, most people comply.  The snow ploughs had been out all night, so traffic was moving fairly smoothly and an enormous amount of salt was put down.  Apparently the freezing, salty slush that accumulates at every kerb is so painful on the pads of a dog's feet that most of them wear little wellington boots.  Quite the look.

The snow was nice - and the timing of our trip was perfect to avoid disruption at either end - but we weren't here to sightsee, we were here to hang out with our friends.....

Well, that and to enjoy a hotel that had a 44th floor penthouse swimming pool that overlooked Central Park.  We weren't really able to go running, but we were able to swim with what must be one of the finest views in the world. 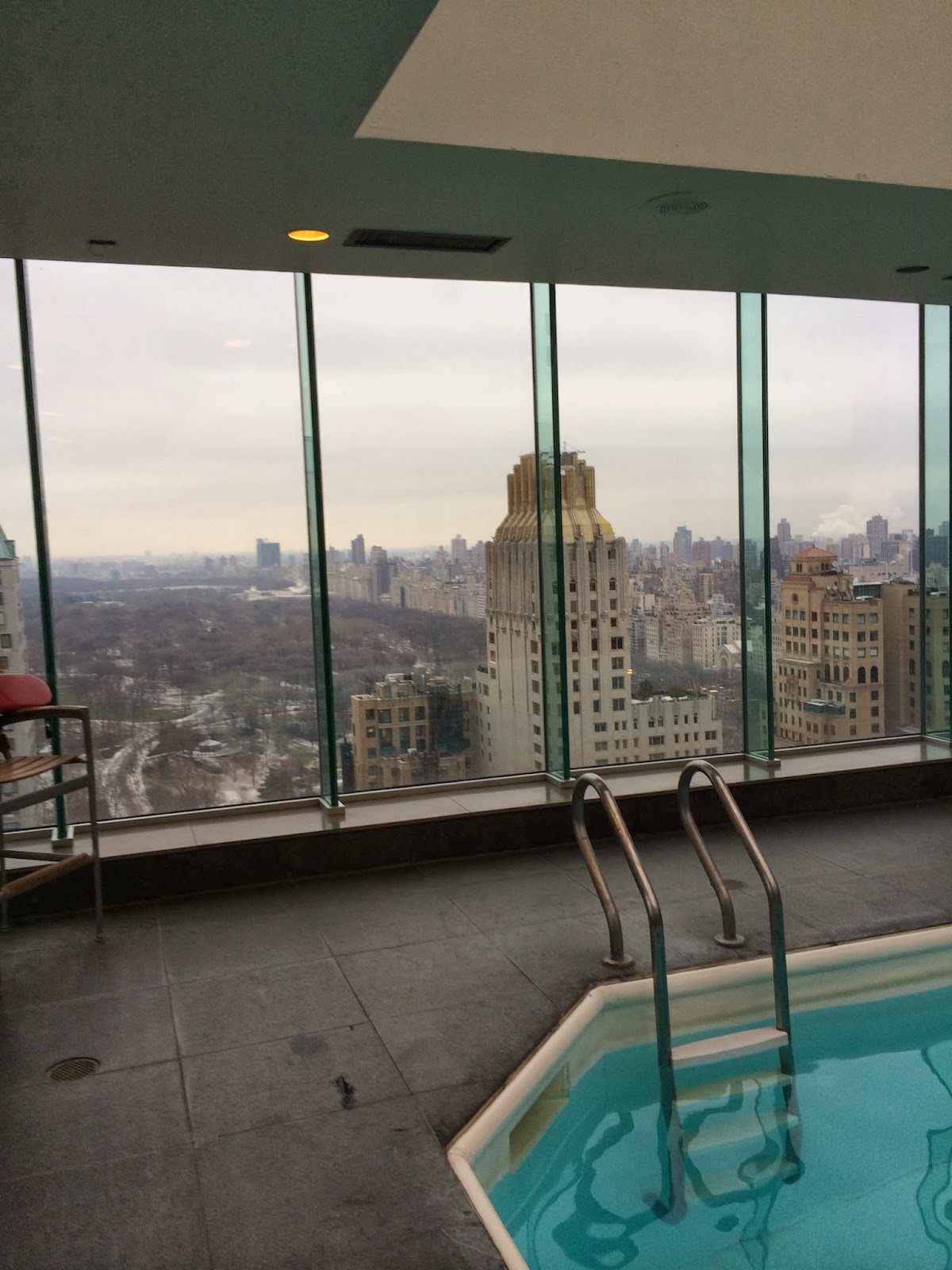 We met Jane when we were travelling through southern Africa in May 2010 and we met Marissa when we went to Cambodia and Vietnam in the August/September of the same year.  In spite of being very different, they are both totally New York and they are both excellent company and both generously gave up their time to show us around the city.  Mostly, this meant eating enormous quantities of food in excellent restaurants (soup dumplings, mexican, pancakes and french toast so sweet that I think I got diabetes just looking at them, biscuits and gravy, BBQ....) and drinking booze and playing card games in some of their favourite bars.  I very much enjoy doing the tourist thing and looking at skyscrapers and museums and things, but you definitely get a completely different experience of the city when you are shown around the city by New Yorkers.  It was great to spend some quality time with them and with my wife, who for once didn't have anywhere else to be or anything else to be doing. 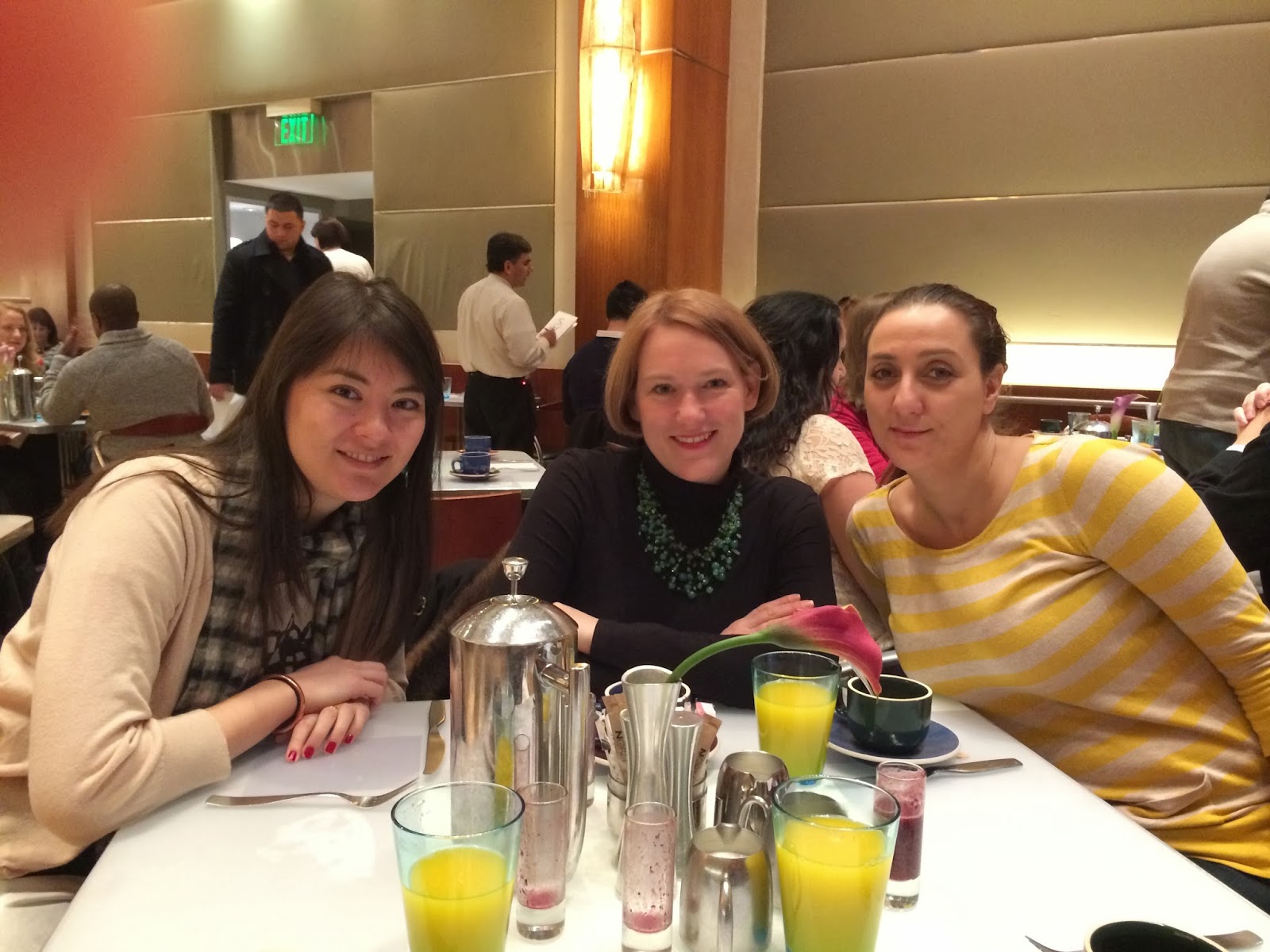 We did a bit of shopping, a lot of walking, went to the cinema to see "Nebraska", had a hidden statue of Lenin pointing towards Wall Street hidden away in plain sight on the top of a building pointed out to us by a fascinating cab driver, saw the hundreds of identically dressed hipsters in Williamsburg in Brooklyn (seriously, with their natty moustaches and their hats and their thick-framed glasses, do they really think they've being individuals?).   Brooklyn is nice enough, but if I was choosing a neighbourhood in NY to live, then I think I'd go for somewhere around the Meatpacking district or the West Village, maybe just off Bleeker Street.  Judging by the houses, I doubt I'd be able to afford anything, but they have really nice old record store there, so.... that would do nicely.  I bought some records, obviously.

Anyway.  It was a great trip.  Only four nights, but not a moment wasted.

New York is a great city and I can't wait to go back.  The people alone make it worthwhile.
Posted by swisslet at 21:44