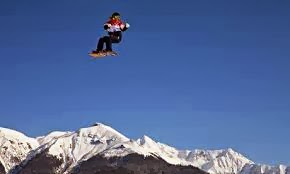 Freestyle skiing and snowboarding, whether halfpipe, slopestyle or whatever, are basically ridiculous: as if throwing yourself down a mountain wasn't hazardous enough, you add a bit of jeopardy by throwing in some obstacles, rails and massive kickers that you then use to throw yourself through various multiple somersaults, twists and so on.  They've also been about the most gripping events on the Winter Olympic programme, bar perhaps the (oddly addictive) curling.  Yeah, alright, so perhaps GB's own Jenny Jones winning a bronze medal in snowboard slopestyle a few days ago has helped with the sport's profile in this country, but it's just brilliant to watch, hysterical commentary and all.

Slightly unbelievably, given our complete lack of convincing skiing in this country and no mountains worthy of the name, Britain is apparently becoming quite good at this stuff.... a whole generation of so-called "fridge kids" have caught the bug on dry ski slopes and indoor snowdomes and are actually really pretty good.  Go figure.  No other medals this time around, and Jenny Jones is right at the end of a long and distinguished career, but James "Woodsy" Woods (great nickname, dude), Katie Summerhayes, Billy Morgan and Jamie Nicholls and the like are really knocking on the door.

It's pretty dangerous, mind you.  As if the sight of a girl catching an edge and cracking her helmet in two just before Jones won her medal wasn't enough (always wear a helmet, kids!), how about these pictures of GB halfpipe skiier, Rowan Cheshire, taken in hospital after an accident in practice the other day: 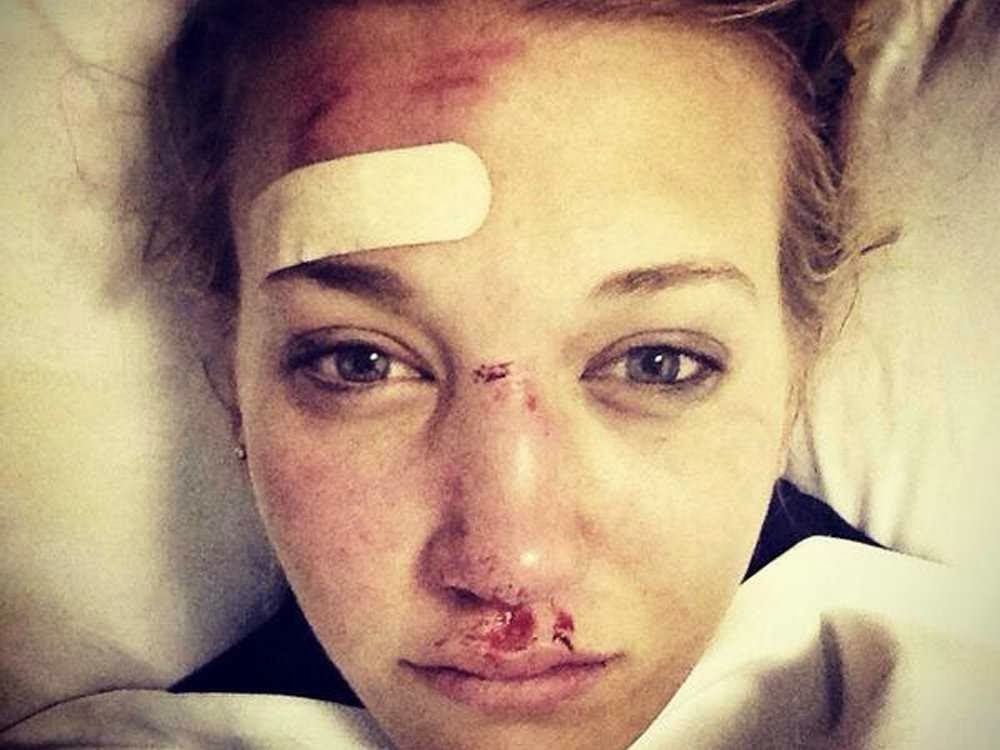 Ouch.  She doesn't remember much, apparently and has now not surprisingly withdrawn from her event, the skiing halfpipe, on Thursday.  You can't be too careful, eh?

I'm reminded of a guy we met in a snowboard shop last year in Whistler.  He was busy telling us how he had only just started wearing a helmet (we had finally convinced one of our friends to buy one for herself after years and years of increasingly stubborn resistance).  Apparently, so this guy told us, he'd had dozens and dozens of concussions from doing tricks whilst boarding, and it was only when the doctors told him that he really ought to stop altogether because he was risking serious brain damage that he thought he'd start wearing a helmet.  Risking serious brain damage?  Clearly far too late for that kind of advice....

This is a young person's sport.  Rowan Cheshire is eighteen years old.  Woodsy is 22.  At 27 years old, snowboarding legend Shaun White is clearly past it.  Jenny Jones is 33, poor old girl, if you can imagine such an advanced age.  Didn't she do well?