I live in a safe Conservative seat.  Ken Clarke is a Tory grandee and has been our MP since June 1970.  His office is just down the end of the street, he lives in the area and I often see him around and about the place.  He's a decent constituency MP and he actually responded with a three page typewritten missive to the letter I sent him about the war in Iraq, addressing each point in turn and making no attempt to defend the invasion.  I've never voted for him myself, and he's the primary reason why every vote I have cast in this constituency has been a waste of time, but he seems a good sort and is famous for long being unfashionably pro-European... at least for a Conservative.

It's European election day today, and it's rarely felt more important to get out and to vote, nor so depressing to look down the list of names on my ballot paper.

All bar the Harmony Party were putting up the full five candidates, and most were relatively local (Nottinghamshire, Leicestershire, Derbyshire, Northamptonshire).  The Harmony Party had one guy from East Sussex.  Go figure.

Isn't that a depressing shower of crap?  It makes me feel ashamed, embarrassed and scared to think that it has come to this. I received an election flyer through the post from the Conservatives the other day.  At the time, I was horrified both that I was on their mailing list and that they were so obviously targeting the UKIP target market. 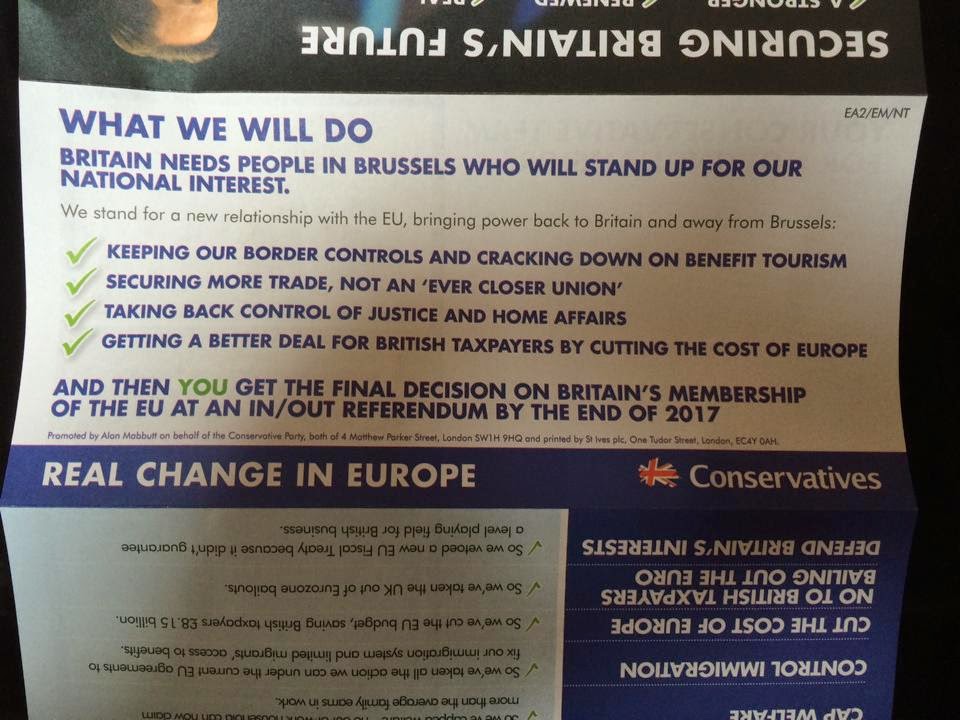 Looking at the other candidates on the ballot paper, you can understand why they have chosen this tactic (although, for the record, they sent my wife a flyer detailing their economic policies.  Make of that what you will....)

You know what's even more depressing than the list of candidates?  When they crossed my name off the page from the electoral roll, only five other people - including my wife - had been to vote and had their names crossed off the list.  There were two hours still to go before polls close, but there must have been coming on a hundred other names on that page still to cast their vote.  Turnout looks very, very low.

You may not like the candidates and you may feel disenfranchised by the whole system, but if you don't cast your vote then the extremists and idiots creep in around the edges.  I have no love for the mainstream parties, but do you really think it will be funny to have UKIP (or worse) representing us in Europe?  I do not. 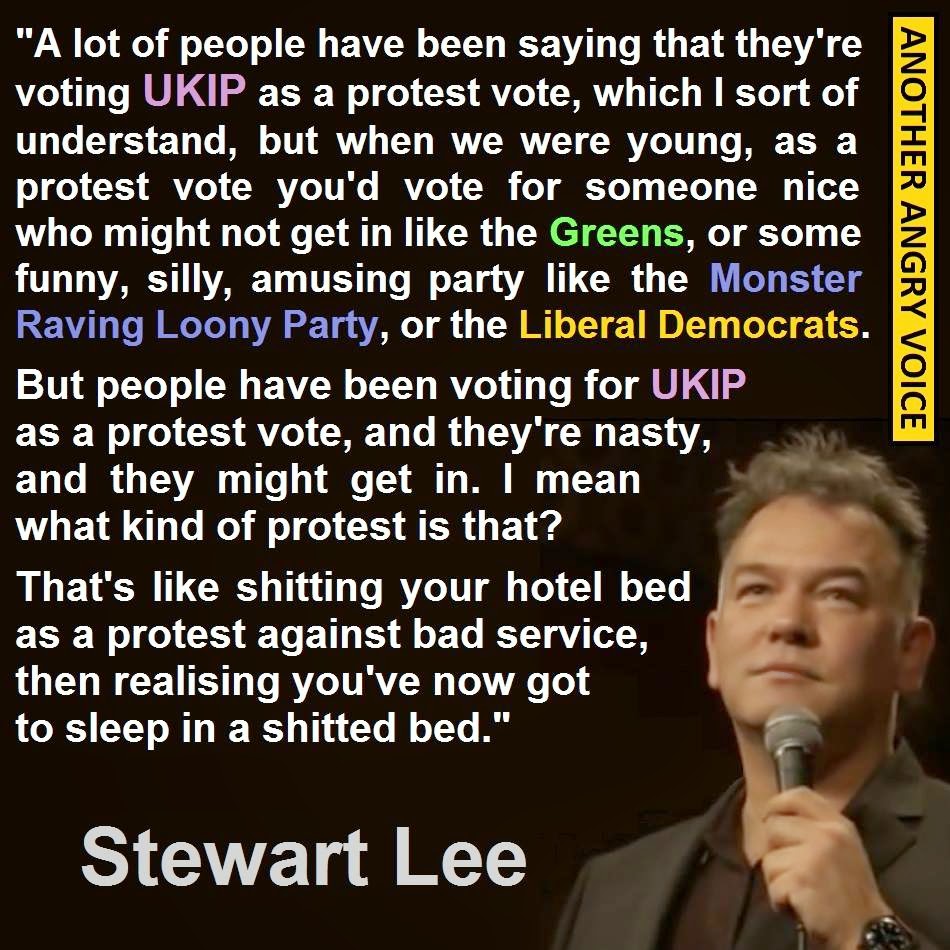