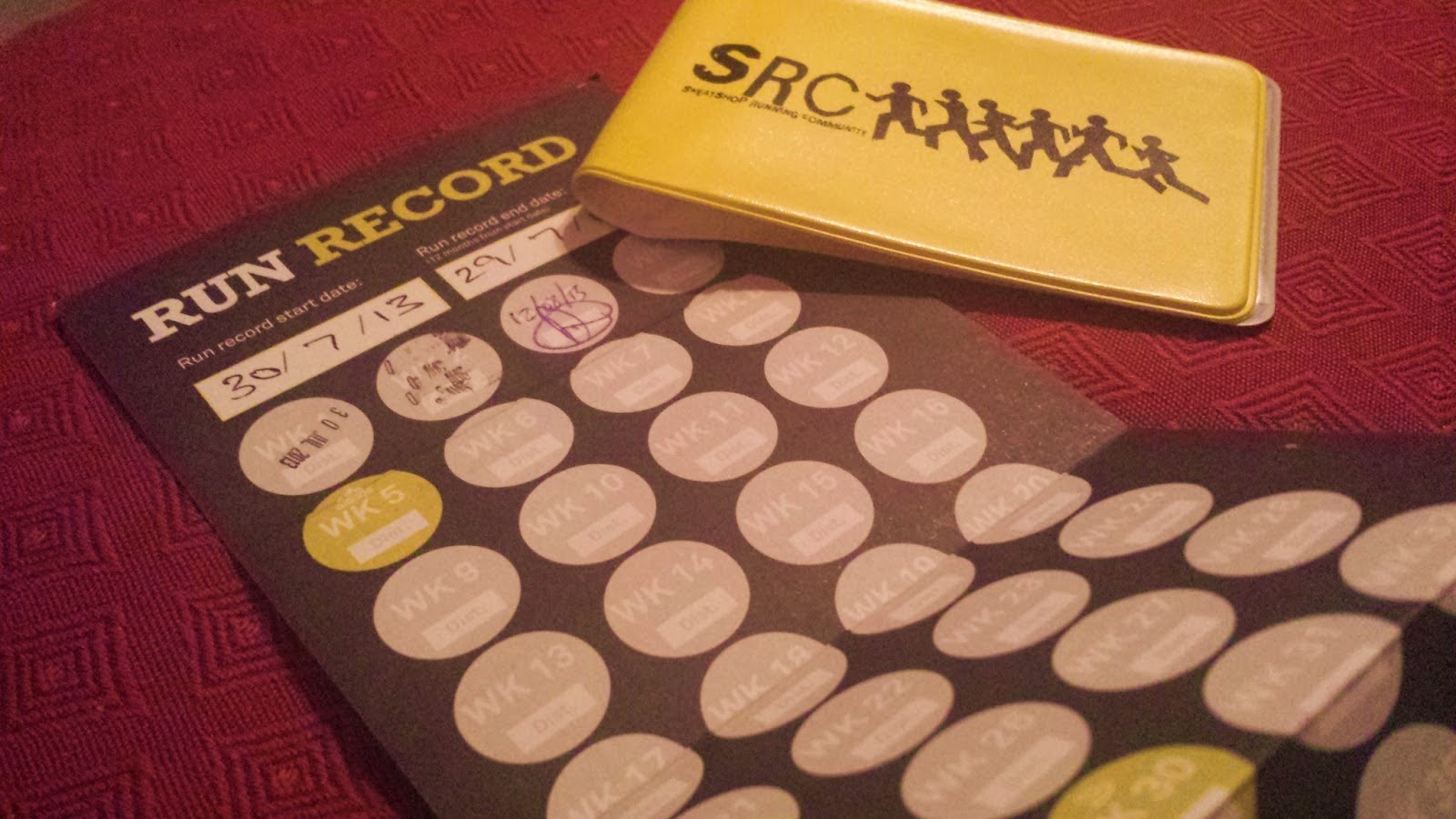 My running club has a loyalty card: every week you turn up, you get a stamp.  It is valid for exactly a year from your first stamp.  After a defined number of stamps, you get some loyalty rewards.  Five weeks is a technical club running t-shirt; twenty-five weeks is a nutrition pack; thirty is a foam roller and fifty - that's attending at least one run a week for fifty weeks out of a possible fifty-three - is the big one. It changes from year to year, but last year it was a Garmin GPS watch worth more than £250, and this year it's £100 towards a pair of trainers.  Worth having, I'm sure you'll agree.... but it's quite a commitment to get that far.

I'm very proud of the fact that I got my watch last year. 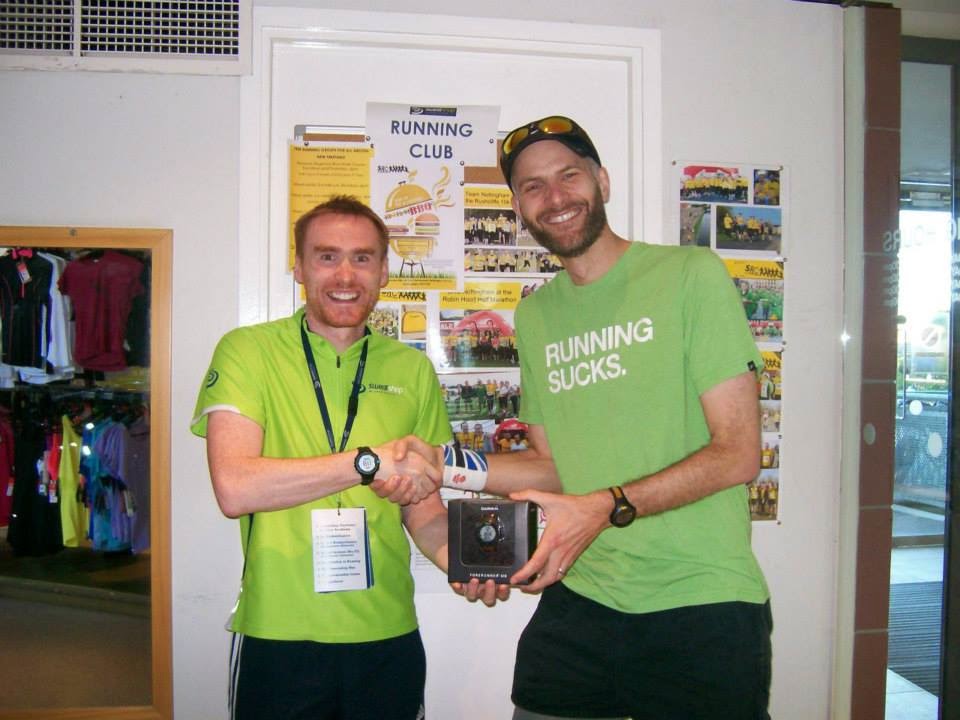 Last week, the day I got back from Glastonbury, I earned my 50th stamp for this year and thus qualified for the trainers.  If anything, I was even prouder of my achievement this year because I have never been so injured and yet apparently I'm stupid/determined enough to keep on running.

I'm sure a psychologist would have a field day, but I'm determined to keep on running and there's very little that I will let stop me from achieving my goals: weather, injury, multiple sclerosis or anything else.

It's that last one that's probably the most significant: multiple sclerosis.  Although I'm relatively very lightly affected by my MS so far, it still triggers fatigue, pins & needles, numbness and - this year's discovery - muscle weakness.  My right leg is now apparently noticeably more muscled than my left.  When I get tired, my left side drags and I'm starting to pick up various niggles in my foot, knee and hip. One day, this might stop me running.  But not yet.... and whilst I can run, I damn well will.

I learned an important lesson at Glastonbury this year: the Festival is massive and you spend loads of time walking miles and miles around the site and standing up all day.  As if that wasn't enough, at the start and end of the festival, you lug enormous amounts of stuff around on your back to and from the car parks.  It's exhausting.

But you know what?  The six days I spent at the Festival were probably the longest amount of time I spent all year without going out for a run.  The festival wore me out, but in a very real sense was less taxing than the normal routine I flog myself with week after week.  As a result, all those annoying little niggles stopped hurting and then began to disappear altogether: my hip, my ankles and the plantar fascia in my left foot all stopped aching.  It was brilliant, and it also taught me that sometimes.... just from time to time... not going for a run can be a good thing.

So what did I do when I got back? I went for a run.  It felt good.  Nothing started hurting.  I went on several more runs, mostly between four and five miles.  They felt good too.  Resting is good!  Then, yesterday, I went out for an eight mile run with running club, the first stamp on my new card; the first stamp of what will probably be - come hell or high water - another fifty stamps.

I'd spent the five days before that sitting in the sunshine at Trent Bridge watching the cricket and drinking beer with my friends (well, with a short run thrown in on Thursday morning, obviously).  After all that, I was itching to getting out for a proper run.  Then about six-and-a-half miles into this eight mile run, I realised that I'd gone far enough.  Over the course of the remaining mile-and-a-half, my hip started to hurt again and I started to lurch as I began to drag my weaker left side.

So, after what I learned at Glastonbury, am I going to rest or take it easier for a while?  No.  Of course not.

I've run 417 miles so far this year.  A little over halfway through the year, and already 69% of the way towards my target of 600 miles by the end of December.

Rest?  Are you crazy? I should be well towards 800 miles if I carry on at this rate.

I think I'm going to try a marathon next year.
Posted by swisslet at 20:32