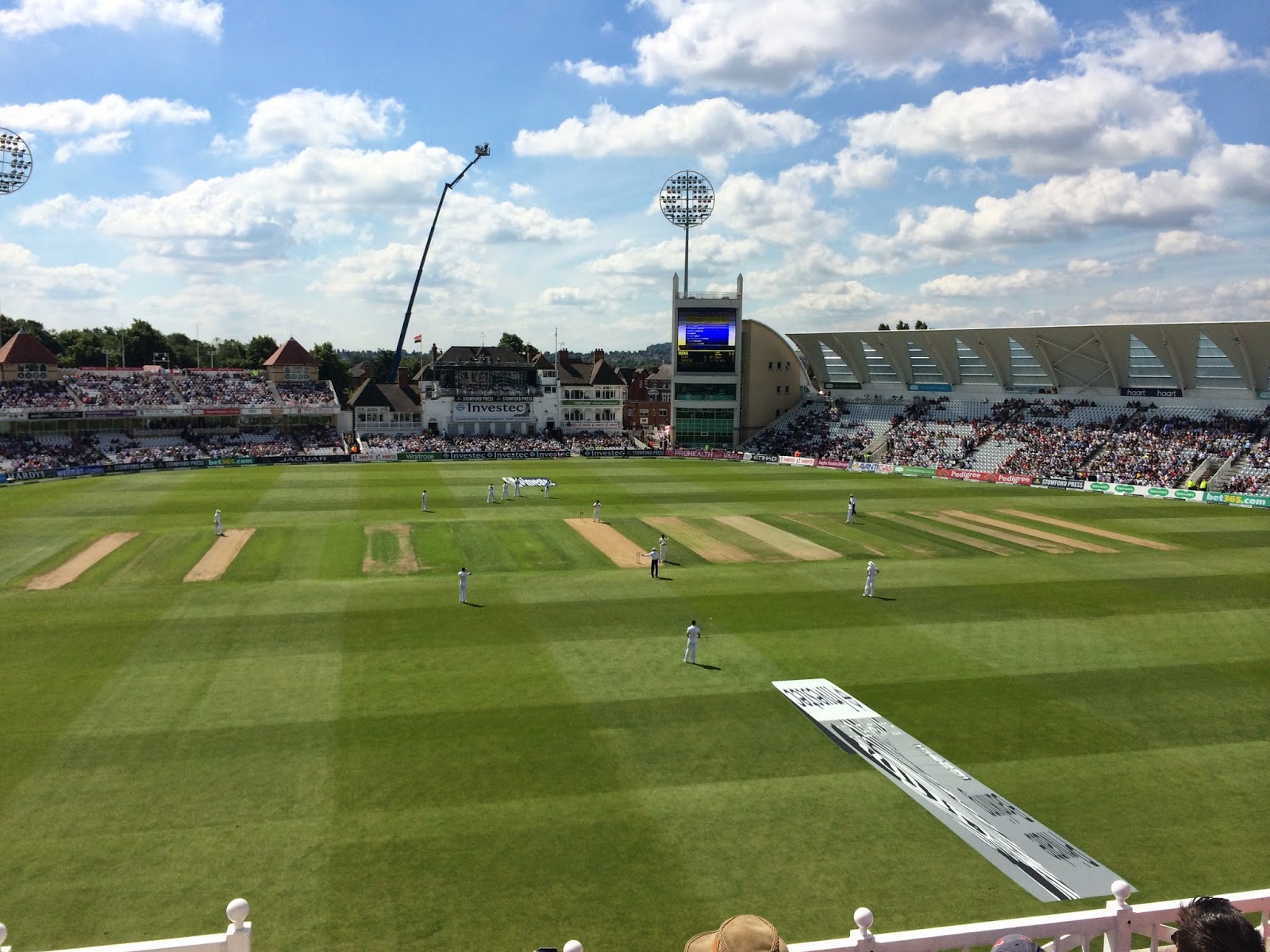 There have got to be worse things to be doing on a Wednesday, right?

If there's a better game than cricket, then I don't know what it is.  There also can't be many better places in the world to watch a Test Match than Trent Bridge.

The first Test Match I ever attended was here in 1993.  It's not really a coincidence that, after I moved to Nottingham, I made sure that I lived within easy walking distance of the ground.  Fifteen years later, and I'm now a member and I'm getting into the habit of attending every single day of the Test here.  Every day is different: Wednesday and Thursday, I'm attending with my father-in-law.  After the success of doing the same thing at the Ashes Test last year. He loves cricket and lives in France, so it's really special to be able to spend time with him watching a game we both love.  He watched Dennis Compton batting here, you know....  The weekend is different, and I'll be watching with my friends and drinking beer and talking nonsense.  Various other people I know are up for the game too, and I'll pop out during the lunch and tea intervals to catch up with them and to have a drink.  You have to love a sport that stops for meals, right?

The best thing about being a member?  I get access to the pavilion and can have decent pint and a civilised toilet break away from the hustle and bustle of the hoi polloi.  At my age, it's the little luxuries like this that make life tolerable.

It's the Australians visiting for the fourth test of the Ashes series in 2015... so something to look forward to already.  Even if you don't particularly like cricket, then this is still a splendid way to spend a few days, sitting in the sun, drinking beer and chatting to your mates.  Perfect.

Email ThisBlogThis!Share to TwitterShare to FacebookShare to Pinterest
Labels: cricket, more important than that