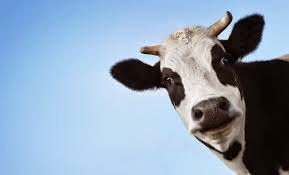 I've heard people joking that, now that the Scottish referendum is over and done with, what the hell are we supposed to talk about now?  Well, let me tell you, that hasn't been a problem in my office, that's for damn sure.

Why?  I'll tell you why. Because they've only gone and replaced all the milk with a powdered skimmed milk, that's what.

I should probably explain: I work in a large office building with lots of other people.  That building is divided up into sections, each section with a hub containing a fridge, water-cooler, water boiler and all that kind of stuff.  Up until a few weeks ago, those fridges were stocked up each day with semi-skimmed and skimmed milk.  Apparently, that adds up to something like £90,000 a year, and the company has decided to make a saving.

I'm with them so far.

Here's what they did: they carried out a trial in a few hubs where they replaced the milk in the fridges with a stainless steel urn which they filled with reconstituted powdered skimmed milk.  The trial went down like a lead balloon.  Well, we're English, aren't we?  How on earth can anyone with an ounce of sense believe that reconstituted powdered skimmed milk is in any way an acceptable thing to put into your tea? We're not fucking barbarians.

They ignored the feedback, extended the trial and rolled the urns out to every single hub in the building.  Almost immediately, it was all that anyone could talk about.  We wondered how buying 50 stainless steel urns, filling them a powdered milk mixture every day and cleaning them every night could work out cheaper than filling the fridges with bottles of milk; we wondered how skimmed milk powder was an adequate substitute for semi-skimmed milk; we marvelled at the communication that told us that, although the powdered milk mixture was perfectly safe, because the urns weren't chilled, it was probably better not to use them before 8am or after 5pm.... in fact, we talked about this all the time, around the printers, in meetings, over coffee....  It was the number one topic of conversation, especially when they confirmed, on Monday this week, that they would be making the trial permanent.

By Wednesday, all the urns were empty and we had proper milk back in the fridges again.  Why?  Because a member of the executive team exploded in a meeting, marvelling that we were approaching our most important trading period of the year and, instead of concentrating on that, we were all talking about bloody reconstituted powdered skimmed milk.  She apparently stormed out of the meeting immediately and demanded that this nonsense was brought to an end and that proper milk was brought back.