You'll be pleased to hear that I'm not going to go on and on about our holiday.  We spent five days on the island of Salina, one of the Aeolian Islands just off the coast of Sicily and it was lovely.  Daft though it sounds, we don't often go on holiday just to relax, but actually that's what we did this time around.

Just look at the view from our hotel room. 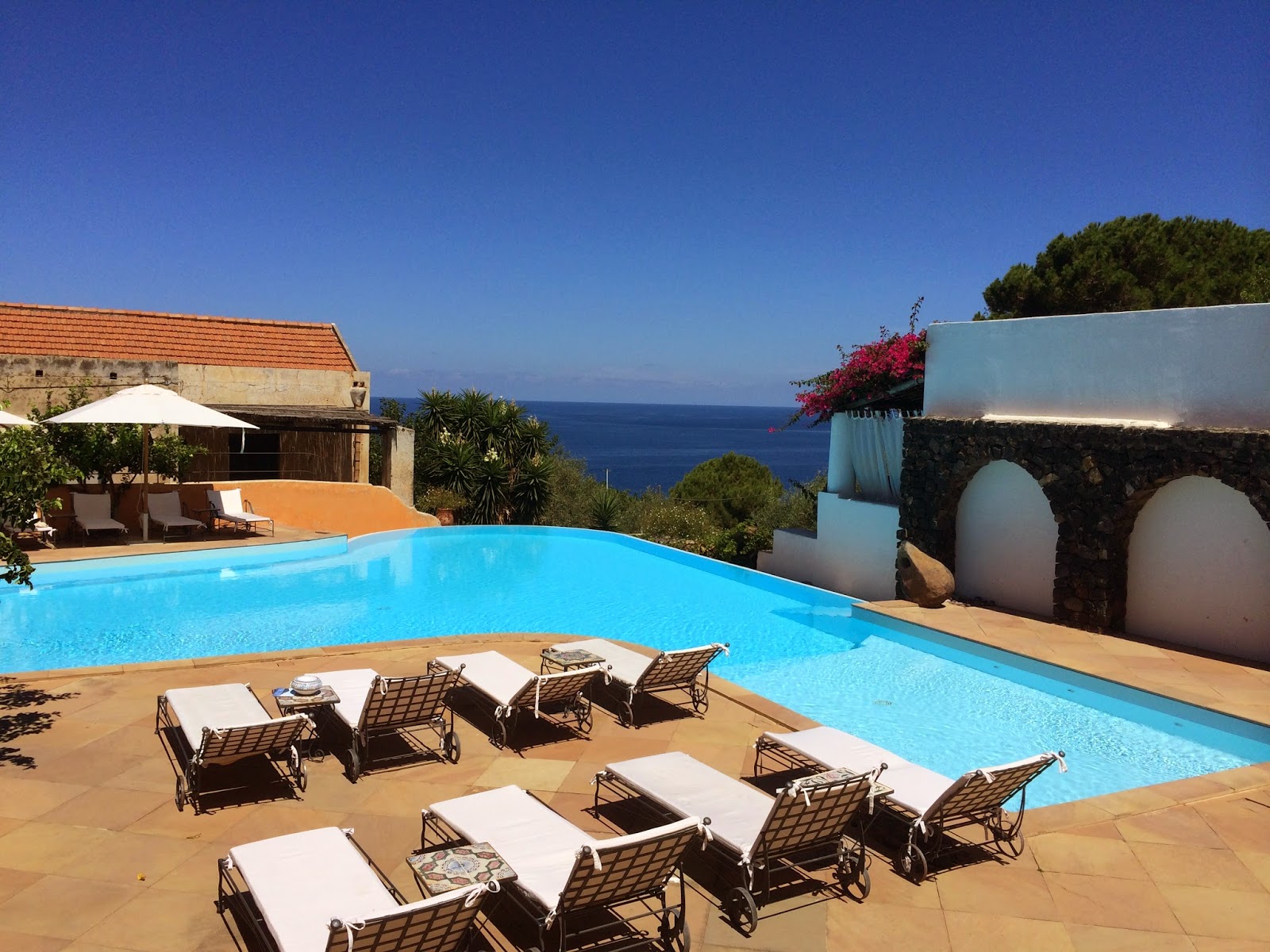 Enticing enough that even we spent some time just chilling out around the pool, reading a book or just having a snooze whilst listening to "X&Y".  Coldplay certainly aren't to everyone's taste, and I don't really like much of what they've done since this album, but sat around a pool in 30 degree heat, this just hit the spot perfectly. 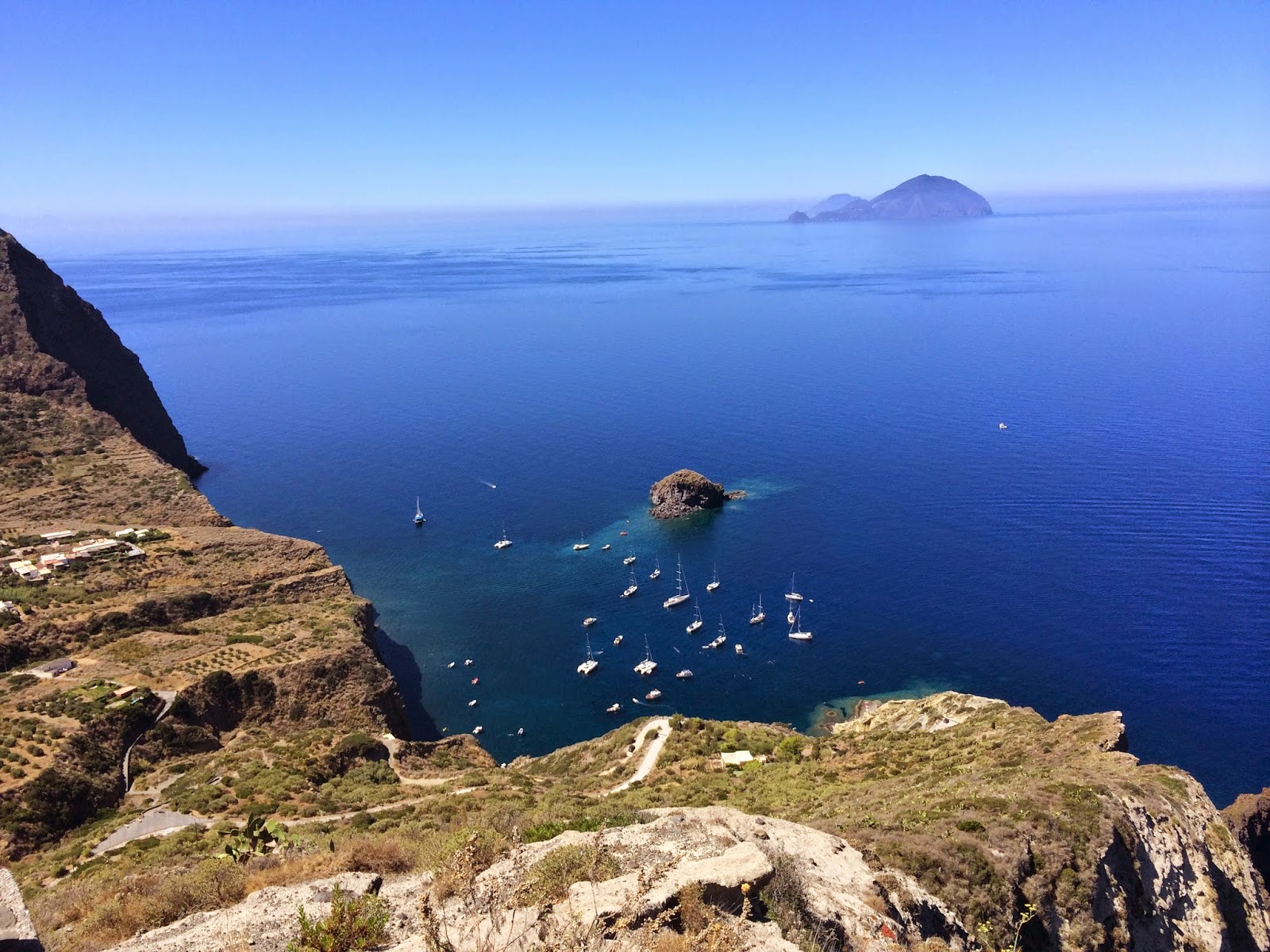 Salina is a pretty small island, with towns huddled around a pair of extinct volcanos.  We were staying in a lovely hotel in Malfa, and it was nice enough, but the main draw really is the ocean.  We planned to do some diving when we were there, and just look at the colour of the water.  Beautiful. 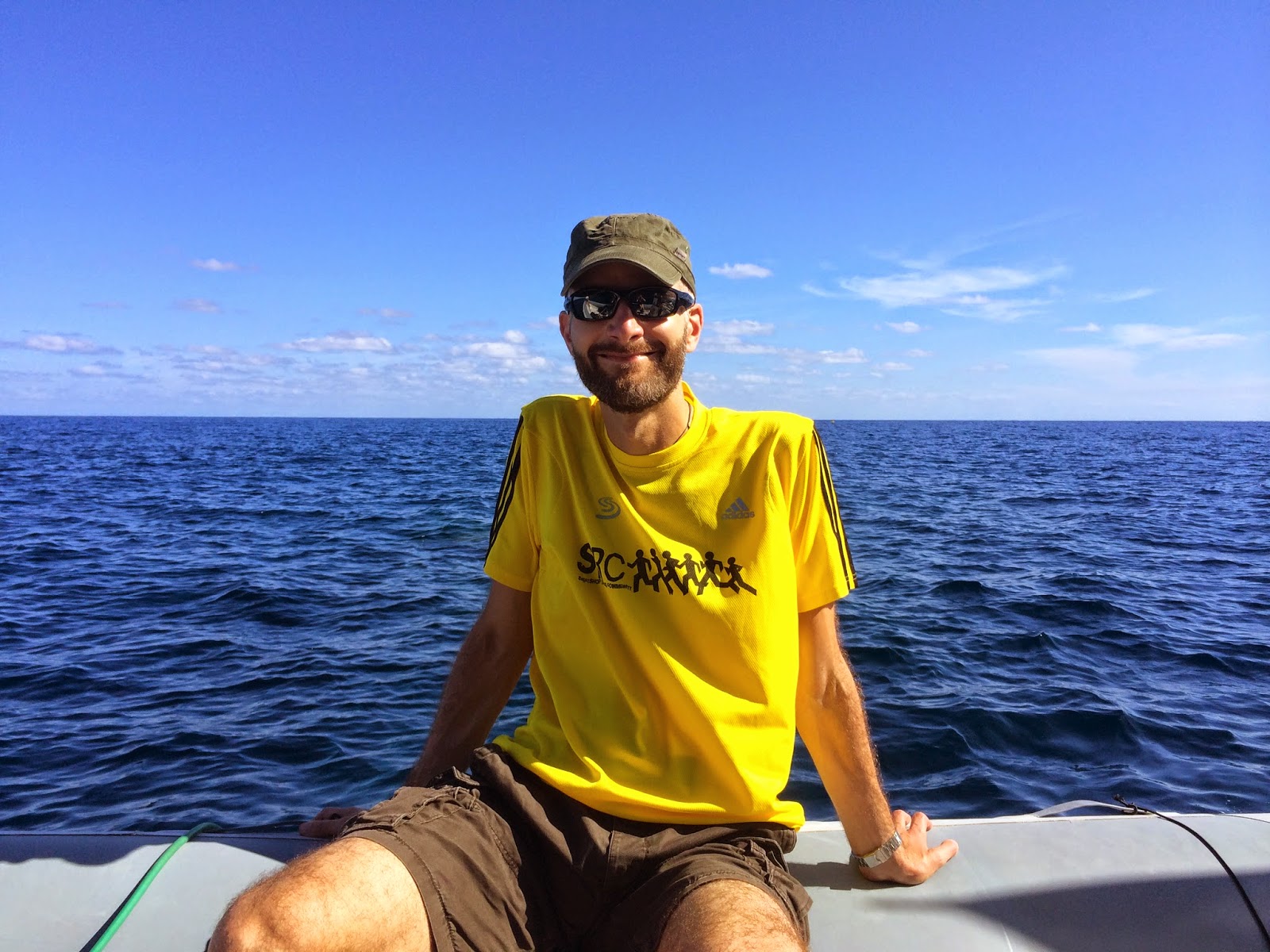 Salina is volcanic and there's very little sand on the sea bed.  What this means is that the water is crystal clear and visibility underwater is something like 30m, better than anywhere else I've been, including the Great Barrier Reef.  We dived into caves filled with shrimp; we saw a shoal of around 100 barracuda; grumpy looking eels; we swam along lava tubes; we actually saw the line where the warm top layer of water began to mingle with the colder water from the depths..... it was pretty good.  The water was so good, in fact, that we got up early a couple of times and walked the ten minutes down to the little stoney beach near our hotel for some snorkelling before breakfast (crabs, urchin, hundreds of fish, you know: the usual). 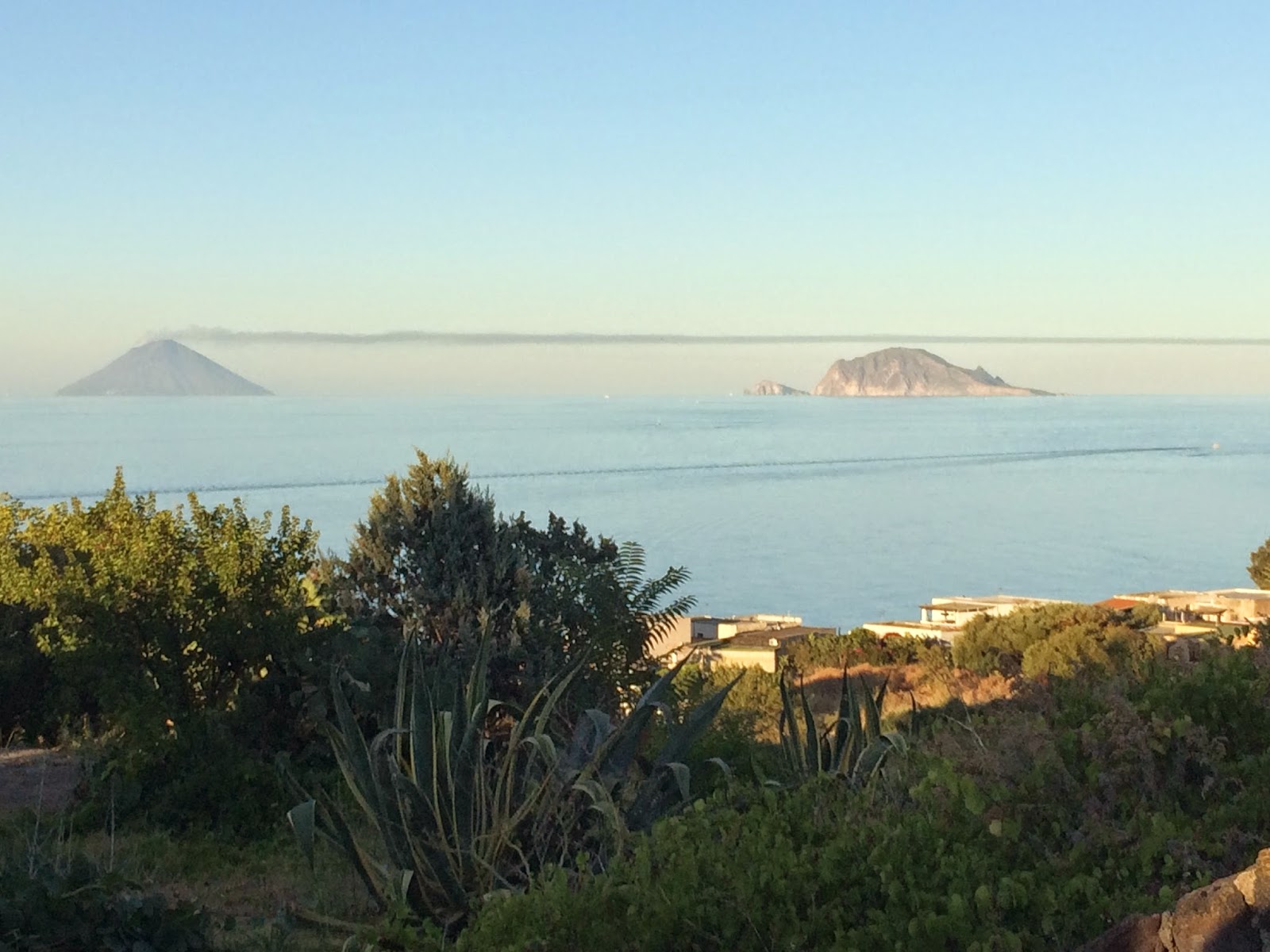 As I said, the Aeolian islands are volcanic, and several of them still have live volcanos.  This was the view from the terrace bar of our hotel, with the perfect cone of Stromboli pouring out smoke across Panarea.  We took a trip across to Stromboli during the week and hiked up to a viewing platform in time for sunset.  It was a long, hot hike, but the payoff was spectacular. 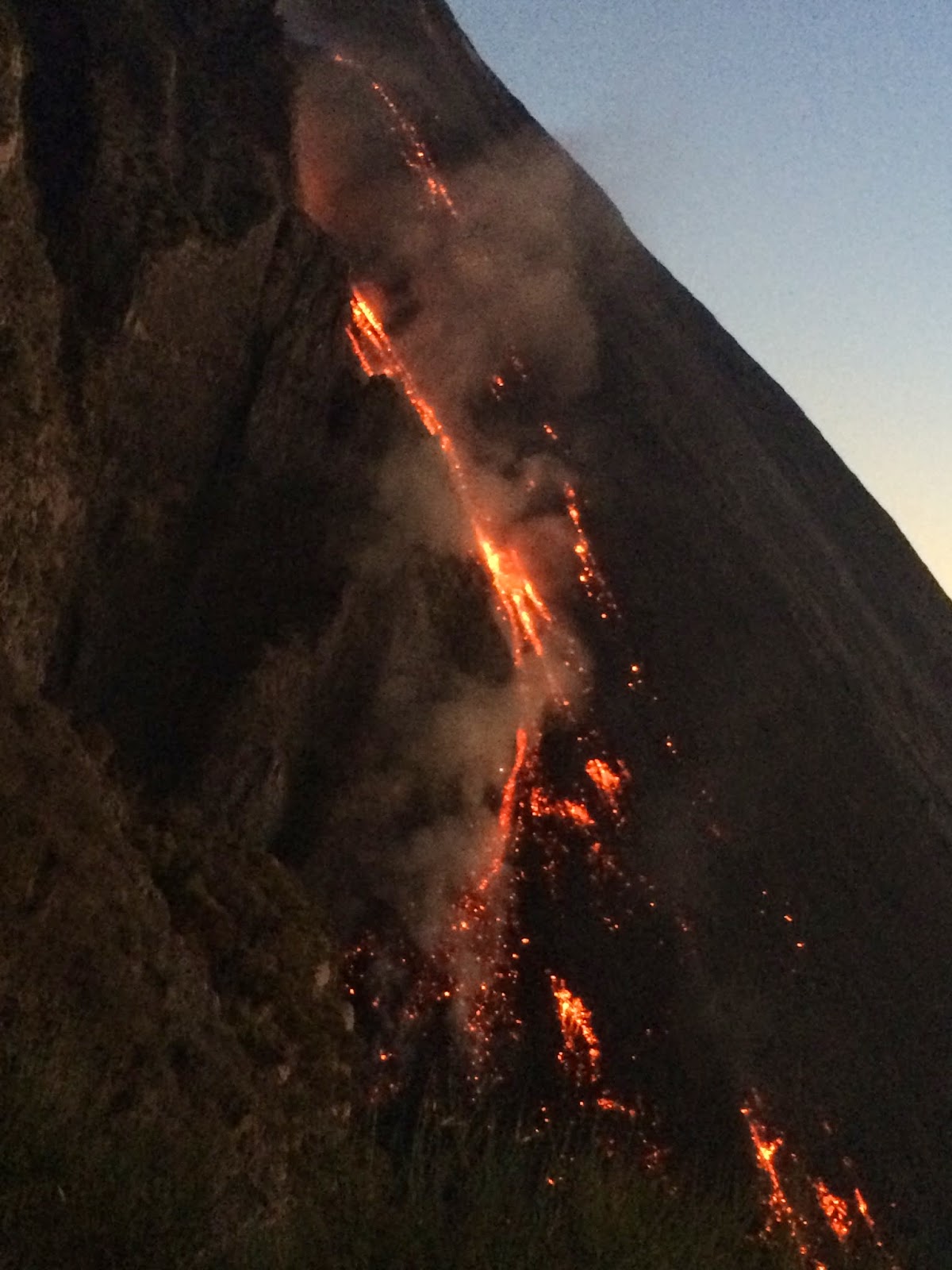 I've stood next to an active volcano before, in Ecuador, and felt the ground shaking beneath my feet.... but I've never stood on an actively erupting volcano and felt the heat from the lava as it flowed down towards the sea.  Astonishing. 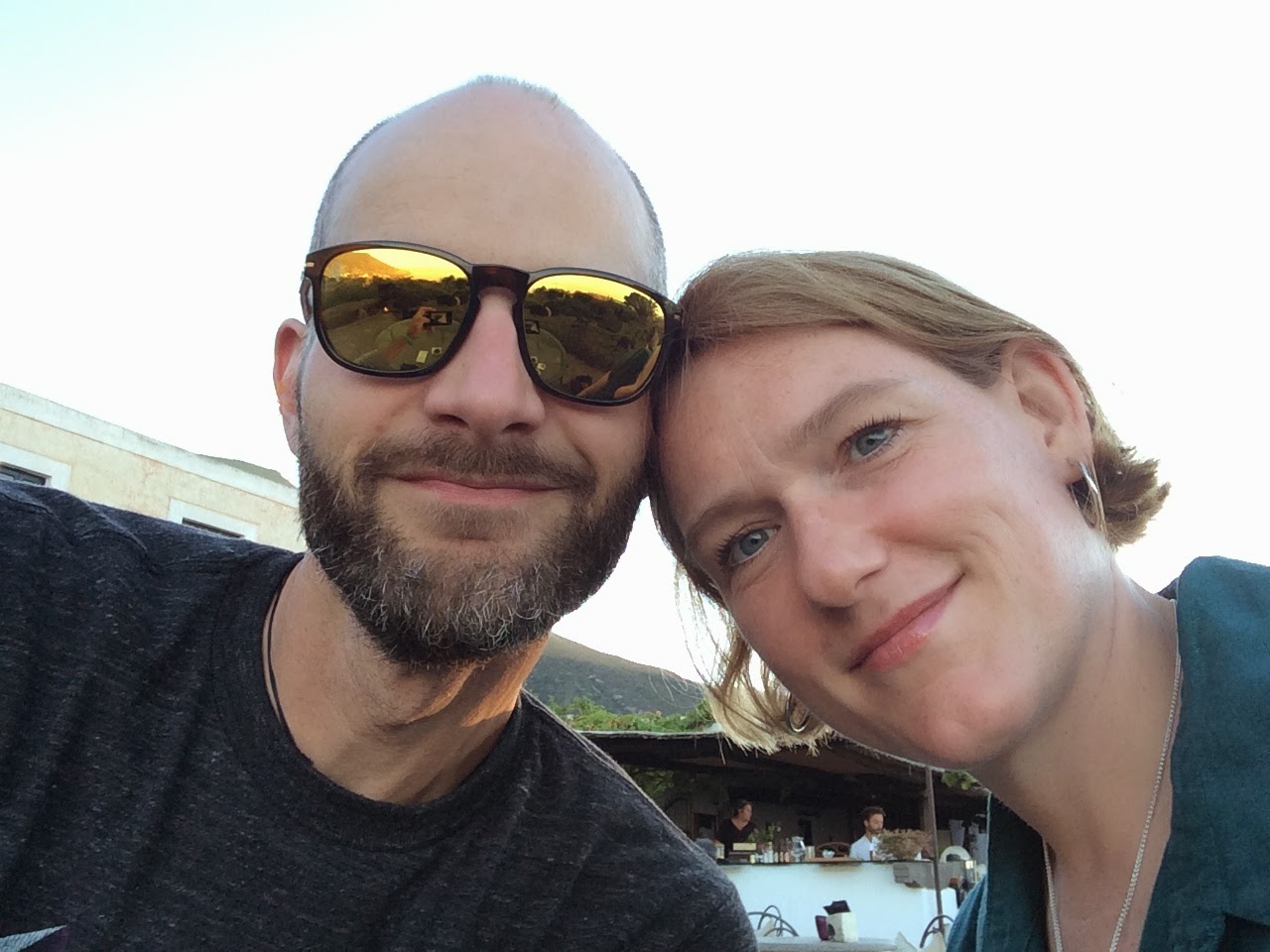 Best of all was I got to spend some quality time with my wife.  She works very hard and is away from home an awful lot.  Turns out she's quite good company when she puts her mind to it.  It was a fantastic holiday.  Not even the insane Italian driver who drove us back to Catania airport at about 150km/h, the flight home delayed by three hours, the 0230 arrival home on Sunday morning or the pouring rain that greeted my cycle to the office this morning could completely ruin.

This is what you go to school for.
Posted by swisslet at 21:44