thinking of the pendulum that moves the world.... 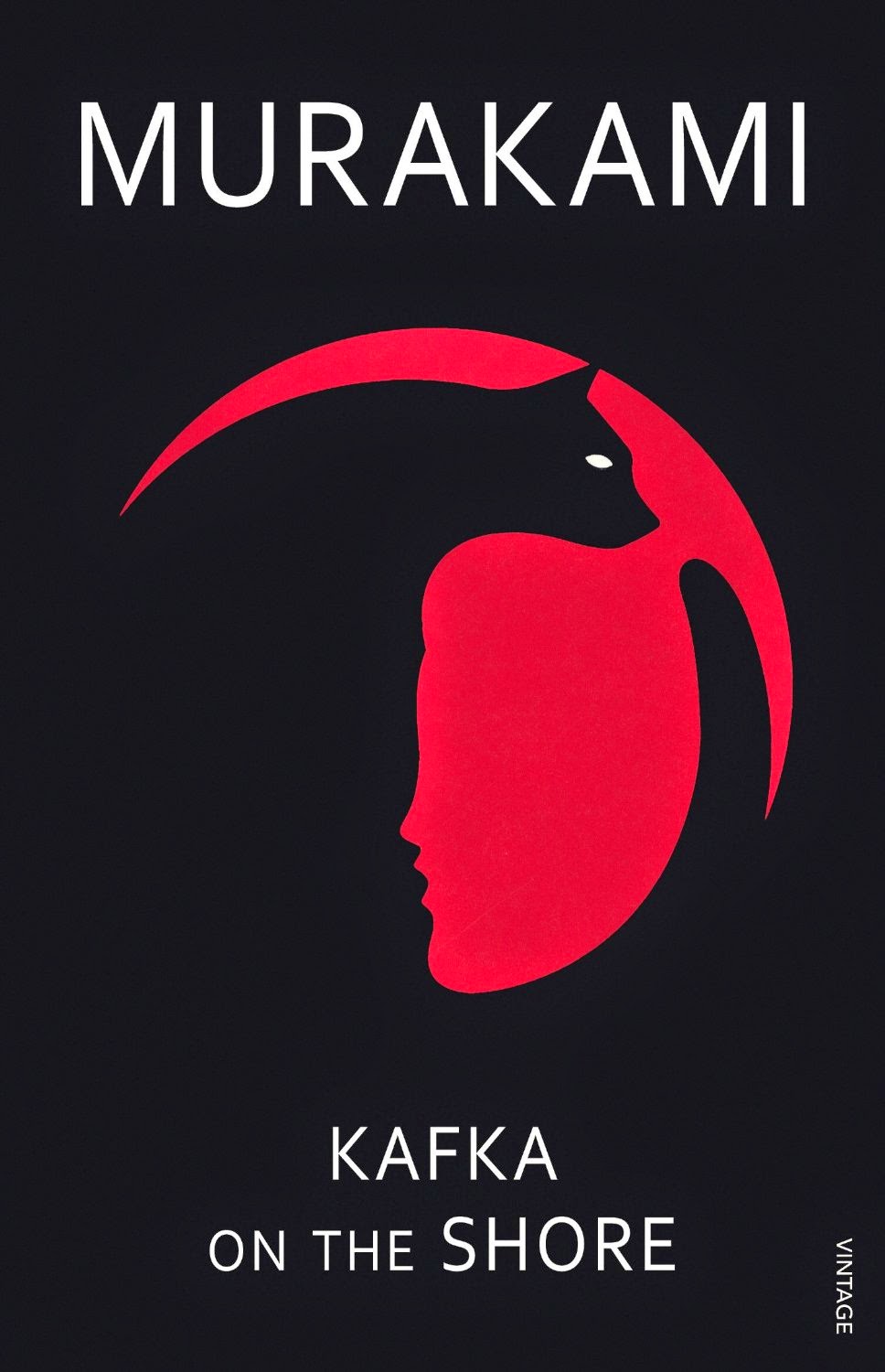 A bizarre incident in wartime Japan that affected an entire class of school children; a fifteen year old boy running away from home to escape a terrible prophecy by his father; an old man who can talk to cats; somewhat bizarre appearances by western commercial icons Johnnie Walker and Colonel Sanders (the former as a collector of souls and the latter as a pimp).... Kafka on the Shore is a very easy book to read but very difficult to categorise.

The book consists of two distinct plots, told in alternating chapters, that slowly work their way towards each other. The book concludes, but there isn't really a definitive conclusion and much is left unexplained and open to interpretation.  In fact, time isn't really linear in the novel at all, and some of the characters may exist in different times or even be different versions of the same person.

As Hanif Murakami himself has written about his novel:

"Kafka on the Shore contains several riddles, but there aren't any solutions provided. Instead, several of these riddles combine, and through their interaction the possibility of a solution takes shape. And the form this solution takes will be different for each reader. To put it another way, the riddles function as part of the solution. It's hard to explain, but that's the kind of novel I set out to write".

That's a pretty slippery thing for a writer to say, isn't it?  This book probably sounds too much like hard work, right?  Wrong: it's wonderful. It definitely doesn't have a neat ending that ties up all of the loose ends, and it's actually sometimes hard to know what's real and what is not, but I thought this was a wonderful read.  It's the kind of book that I devoured in a couple of days and that has lingered in my mind ever since.

The book has an otherworldly feel to it, clearly much of this is down to the "magical realism" of the plot, but I think it's also at least in part down to Murakami writing to a Japanese sensibility.  To my western eyes, this rendered familiar things slightly strange.. and apparently there are some elements of the plot that would be a lot clearer to a reader who is familiar with the rituals and traditions of Shinto (I'd recommend having a read of John Updike in the New Yorker on this subject).

Would I say that I understood the book?  Not really, but I'm not at all sure that understanding it is either important or even necessary to enjoyment.  It's gripping and immersive just as it is - why would I feel that I need to understand everything that happens (even if that's possible)?  Nakata accepts that he can talk to cats and doesn't ask why, nor does he trouble himself much that when is able to predict (and possibly to cause) rain showers of mackerel or leaches.  Perhaps the reader would be well advised to take a leaf out of Nakata's book and go with the flow.  Nakata may consistently refer to himself as "not very bright" throughout the book, but perhaps he's onto something after all.  It's a mysterious book.  I liked that about it.

I suspect that this is the kind of book that will stand multiple re-readings, each time revealing something new.  On the other hand, it's also entirely possible that Murakami himself doesn't really know what Kafka on the Shore is about.... and I'm okay with that.  A really fascinating read.  I think I'm going to read some more Murakami.  I've had "Norwegian Wood" on the shelf for ages, but apparently he's a runner and has written about running, and I'm strangely drawn to that for some reason.

Next off the pile: "Behind Deep Blue: building the computer that defeated the world chess champion" by Feng-Hsiung Hsu.  I think this may be a rather more literal than philosophical read..... it's likely to be very different, anyway.  Not many talking cats, I shouldn't think.  More is the pity.
Posted by swisslet at 19:26