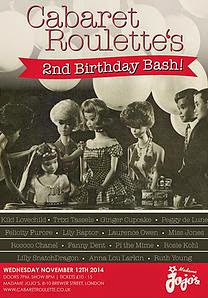 As I might have mentioned before, I'm a proud patron of a wonderful burlesque cabaret show in Soho.  Produced by a dear friend of mine, Cabaret Roulette usually takes place once a month on a Wednesday night in the middle of Soho.  As a result, it's not very often that I can make it down to watch a show as it simply isn't practical.... but we made it down for the first birthday celebration last November, and on Wednesday last week, I was there to watch the second birthday show, featuring highlights from the show's second season.

It was brilliant.  Partly it is brilliant because it features some incredible talent who really seem to have their creative appetites whetted by a format that forces them to create something new specifically for the show with only a couple of months notice.  Mostly though, I think it is brilliant because I love seeing my friend totally in her element and with all these fantastically talented people buzzing around her in a show that she created and has made work.  I'm so proud of her.

You get all sorts of acts here: this month we had a mime, a singer of comic songs (and you can listen to Laurence Owen's brilliant take on the empowerment of Disney's women here, and you really should), a clown, performance dance and  - of course - a variety of burlesque acts, obviously including some classic nipple tassel swirling.

Frankly, what better way to spend a midweek evening? 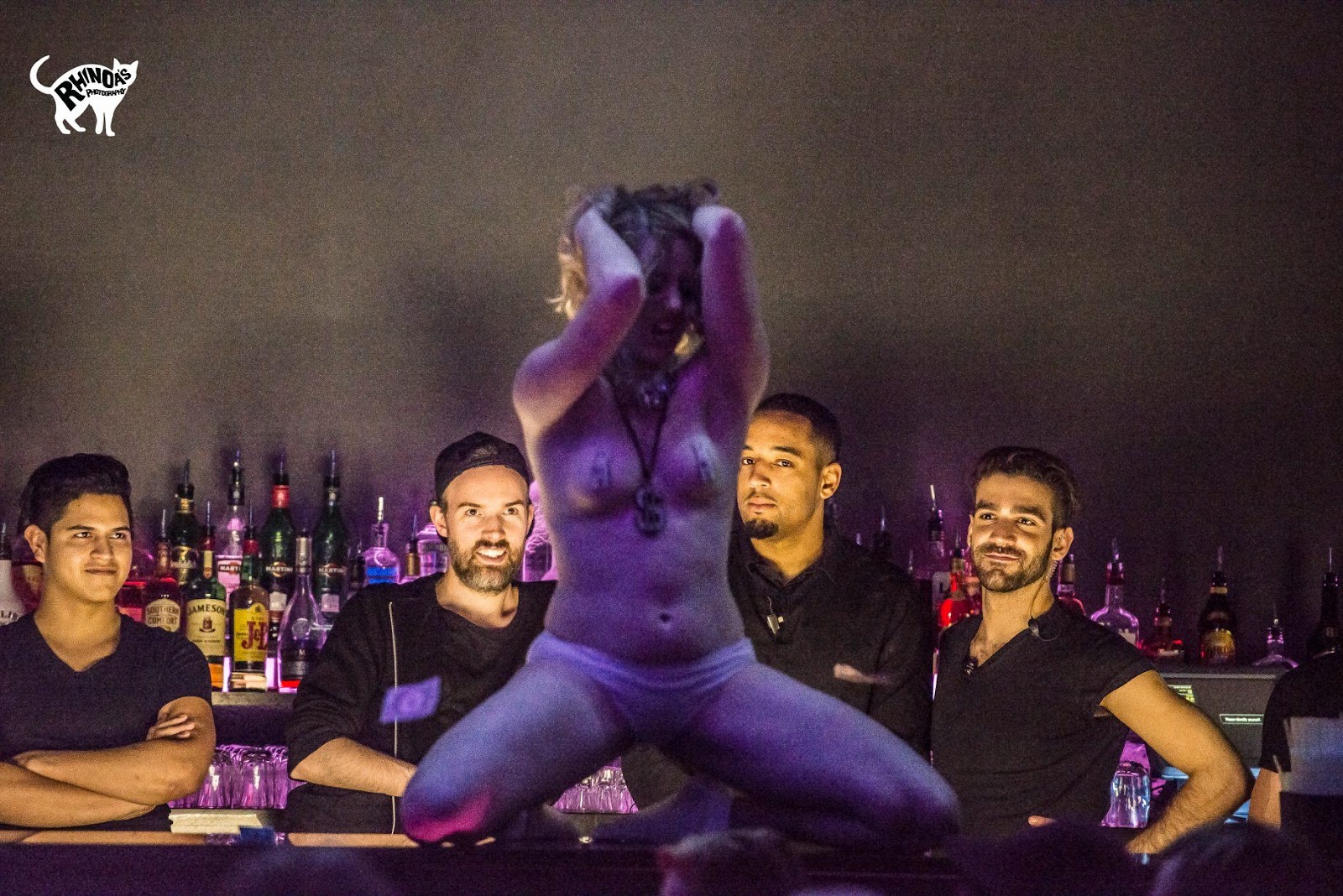 Believe it or not, I'm pretty sure that most of those barmen are gay... not that you'd know it from their faces there.  She hasn't even started pouring the carton of orange juice over herself yet, either.....

It's a great show, and I'm so proud to have a tiny role in making it happen.
Posted by swisslet at 20:30