...and party every day 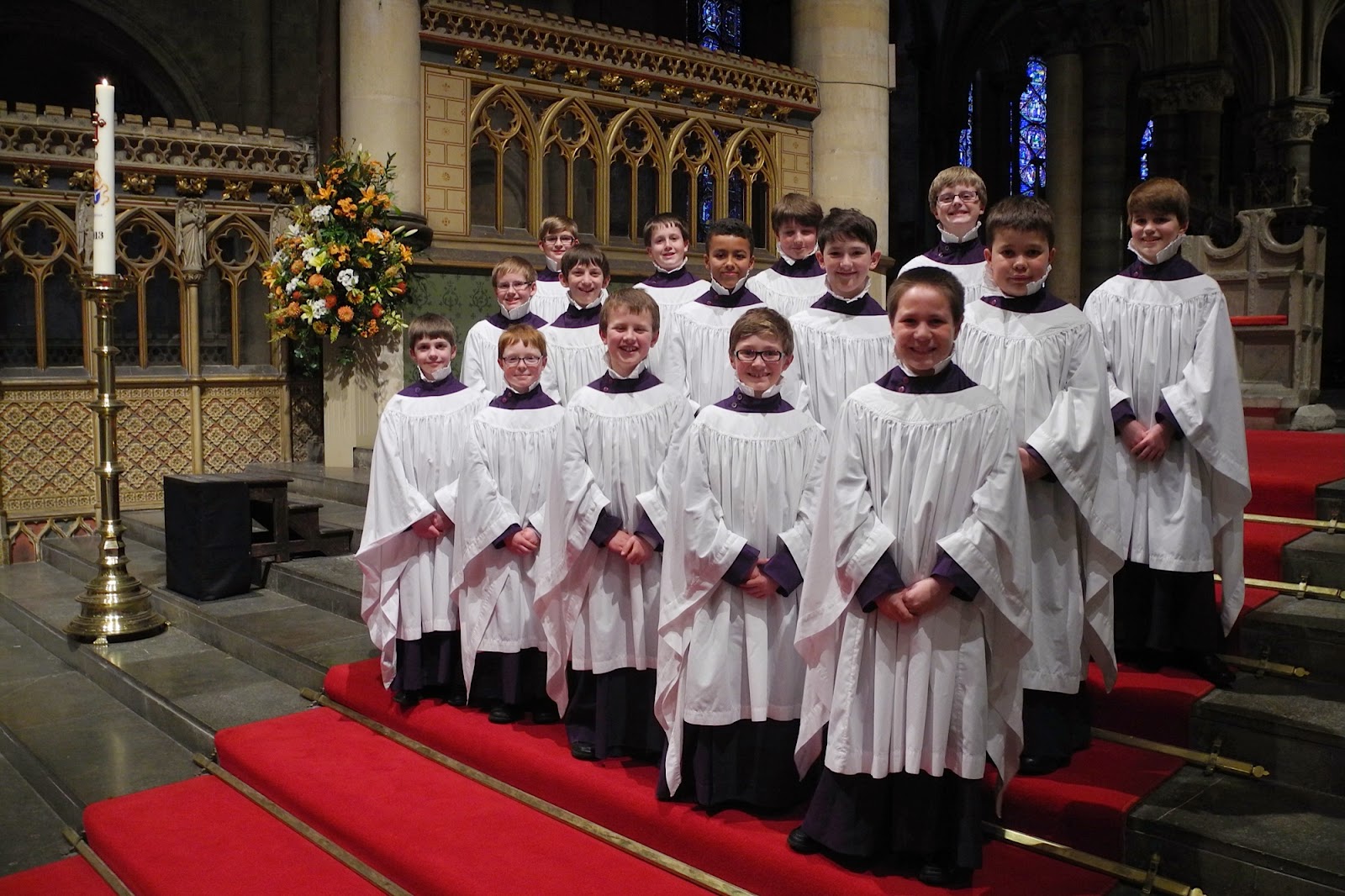 When I was seven years old, I became a chorister.  I don't remember being an exceptional singer, but I was picked out fairly early on and for the next six years, I was frequently made to dress like the poor souls above, complete with ruff.  I quite liked it, to be honest.  Well, not so much the dressing up bit.  I liked the singing and I liked a lot of the songs that we got to sing.  We also got treated slightly differently to everyone else at school and were always the first people to leave school assembly.  On special occasions - Christmas, Easter, weddings and the like - we got all dressed up and sang our little hearts out.

And then, when I was about thirteen years old, it all ended very suddenly and I was forced to retire.  It was just before the annual choir dinner, but they were good enough to let me attend anyway.  I don't remember being all that disappointed, to be honest.  As well as the changes happening in my voice, I was developing the dangerous notion that it wasn't really all that cool to be in the choir.

At my next school, the head of music used to come round and test everyone's singing voice to try to recruit fresh meat for the choir.  It still wasn't cool to be in the choir, but for some reason I couldn't bring myself to deliberately sing badly during the auditions.  As a result, the head of music -- Mr. Crooke -- was always trying to get me to join the choir and I was always trying to avoid him so he would stop asking me.  This happened every single year for five years: every year he'd audition me and ask me to join, and every year I'd turn him down.  My voice had settled down by now, and I still liked to sing, but I was a teenage boy, and I was under the delusion that I was cool in any way at all.  I wasn't, of course, but there was still no way I was going to be joining the choir.

They rehearse literally a five minute walk from my front door, and my friend Sarah has been gently suggesting that I might join as she thought I would enjoy it.  I've been to several of their concerts, but for some reason I resisted because it still didn't seem like a very cool thing to do.  I'm 40 years old, and apparently I'm still under delusions that I might be cool.

This week, the start of a new "term" at the choir, I gave up.  I like singing and I'm not particularly cool, so I joined the damn choir.

You know what?  It was fun.  I didn't know if I was a tenor or a bass or whatever, but apparently the information that I liked to sing Johnny Cash songs in the shower made it an easy deduction, and I sat with the basses.

You know what the first song we rehearsed was?

Barely anyone in the choir knew it, but I sure as hell did and I knew this was all going to be okay. Apparently it's rock this season.  We're also doing some Meatloaf.  And some Van Halen.  It's all good.

Who says that choirs aren't cool?  I was probably the youngest person in the room, but choirs are still cool.