you always loved this time of year....

Elbow are an interesting band who have been making interesting music for more than a decade now. They’re not reknowned for their riffing, in the main, but there’s a dirty great big one right in the middle of this song, that’s for damn sure. In fact, it was a riff so good that they wrote a song around it. Step forward Mr. Mark Potter and take your moment in the spotlight. Actually, you forget that Guy Garvey is a pretty mean guitarist himself. He dwarfs the instrument he plays, but when they play “Leaders of the Free World” live, it’s usually him who handles the riff, and he does so entirely effortlessly. Sometimes riffing is all the more powerful when applied sparingly. Obviously that rule doesn’t apply to Metallica.

He’s a contrary chap, but he has written some stonking tunes. He was often name-checked by many of the grunge bands of the 1990s, but my real gateway to his older solo work was the MTV unplugged album that came out back in the day. If you’re a curious sort, it’s a relatively short step from that album back into the glories of his back catalogue. I like to imagine that, somewhere in the world, Neil Young is performing the never-ending solo on “Rocking the Free World”, even if he’s just pottering around on his ranch or something.

“Everything is Awesome” – Lego Movie

I wasn’t totally blown away by the film, and found it a bit disappointing after so many people had told me how good it was. Still, it’s hard to resist the song, isn’t it?

“Tears of a Clown” – Smokey Robinson

The soaring, slightly melancholy voice of Dusty Springfield. What else do you need? I ask you.

I was never that big a Green Day fan, to be honest. When they first broke, I think I was just a little bit too old to really go for them. I liked some of the songs, but I was at this point a deeply mature music fan who had just fallen in love with the Smiths, so I was hardly likely to fall head-over-heels for a band with an album called “Dookie”. They’ve obviously grown and matured as a band since then, and I’ve regressed as an individual back into a love of heavy metal and Will Ferrell movies, and somewhere along the line, our paths have converged again. This came on the radio the other day as I was driving and I sang along with every word. They are just a little bit pleased with that line about the whore being a MAN, but apart from that it’s a great tune that barely seems to have aged at all. 1994, would you believe? 21 years old!

Clearly, I’ve been happily lost in a world of old-school Metallica since early last year, and I’m about as likely to emerge out of that as the band are to release a new album….. I reviewed the Incinery album for the next Leftlion magazine last week, and in common with a lot of the stuff they send me to review, it’s of a surprisingly high quality. If you like Slayer, Metallica and Sepultura, then you’ll probably love this; it’s good old thrash metal like what they used to make. I like “Deceiver” in particular because it has a distinct whiff of “Creeping Death” in the introduction, and that’s never going to be a bad thing, is it?

The song of the Australian magpie

Not the same as the European bird of the same name (but, you know, to those poor homesick earaly-Australians, it was a black and white bird and that was good enough), but the possessor of the most extraordinary vocalisation I have ever heard. The only way to describe this polyphonic marvel is as sounding something like “Doodle-oodle-ardle-wardle-doodle”. Honestly. Check it out. That’s a proper song.

Iron Maiden are probably standard-bearers in most people’s heads for how stupid heavy metal is: what with their great big robot zombie thing and everything… but actually the breadth of subject matter covered in their songs is surprisingly broad. “The Rime of the Ancient Mariner”, anyone? Ancient Egypt? The Crusades? And war. A lot of war. For every song like “The Trooper” or “Aces High”, there’s a song like this. You might not think so at first glance, but this is an anti-war epic that makes reference to the Doomsday Clock, the symbolic clock used by the Bulletin of the Atomic Scientists, representing a countdown to potential global catastrophe. In September 1953 the clock reached 2 Minutes to Midnight, the closest it ever got to midnight, when the United States and Soviet Union tested H-bombs within nine months of one another. Yeah, you see what I mean? Ah, I love Iron Maiden. They’ll always have a special place in my heart as the band that first really started to unlock my own personal taste in music when I was thirteen.

Singing is such a cathartic activity. No matter how I’m feeling, it seems that a couple of hours at choir on a Tuesday evening will set me right. One of the fringe benefits is that it’s providing my brain with an almost constant source of earworms. Luckily for me, this season’s songs are mostly rock orientated, so it’s no real hardship to have Kiss or Rainbow floating around my head. At this week’s session, we spent a bit of time learning this song, from “War of the Worlds”, of course. It’s a lovely song, and it’s really good fun to sing too, as the bass part is very pleasing. We learned the whole thing, ending with those glorious “ha ha has” that echo the main War of the Worlds theme. Funnily enough, I don’t really recall ever hearing this song before, although it seems so familiar somehow. It’s pretty good though, huh? Better late than never. As a choir, we’re actually doing a concert in Sheffield with a full rock band. Very much looking forward to doing “Living on a Prayer” with them, especially as it’s the bass part that has all the “oomba ooowa, ooomba ooowas” of the introduction. Good times….

Have a good weekend, y’all. As usual, I’ll mostly be running and sleeping in front of the rugby…. Livin’ the dream. 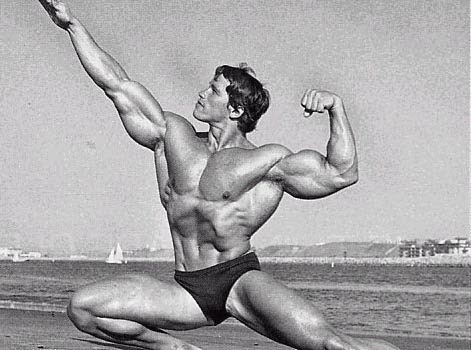 Well, I can hardly finish the week without one of these, can I?
Posted by swisslet at 17:20